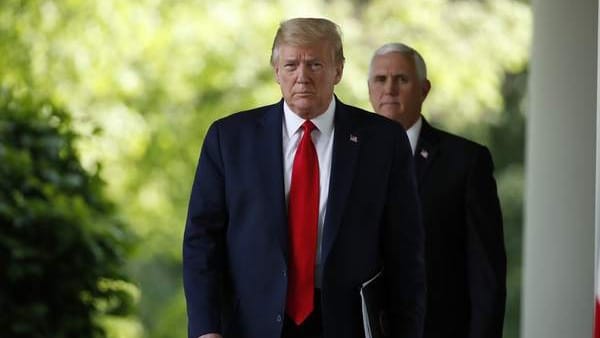 As a student of history, it is painful to watch today’s so-called reporters and analysts pontificate about the Nov. 3, 2020 election outcome. We are currently six months away from that event.

Yet analyst after analyst and TV host after TV host will claim if the election were held today Joe Biden would win – as if the Trump supporters should panic or collapse in despair.

To some extent, this kind of presentism even infects the White House and Republican leaders and activists.

Yet, presentism is incredibly misleading in a period of change. Remember: At this point in 2015, it was inconceivable that Donald Trump would become the Republican nominee. At this point in 2016, the same analysts and talking heads who are touting Joe Biden today were touting Hillary Clinton and predicting Trump would be a disastrous failure taking the Republicans down to defeat.

But, of course, the elections are not held in early May.

The greatest modern example of the absurdity of presentism is the Harry S. Truman re-election of 1948. This was the election which famously ended with a re-elected President Truman smilingly waving a copy of The Chicago Tribune with the banner headline “Dewey Wins.” Truman had a lot to smile about. He had beaten the national establishment against all odds. Let me first outline the sequence of that year’s polling data and then show how much the situation of President Trump parallels President Truman’s challenge in 1948.

In late summer, Thomas E. Dewey held a 13-point lead over Truman (49-36). This was a four-way race with the leftwing candidate, former Vice President Henry Wallace at that point getting 5 percent and the Dixiecrat candidate Strom Thurmond polling at 3 percent. In the post Labor Day poll, Gallup still had Dewey ahead by 8 points. Truman went on to win by 49.6 percent to 45.1 percent, with Wallace and Thurmond each getting 2.4 percent.

The great lesson of the 1948 comeback by President Truman is that campaigns matter. Truman knew this because in 1940, when he was running for re-election to the Senate in Missouri, both the Kansas City and St, Louis Democratic machines set out to defeat him. With no big backers, then-Senator Truman got in a car with a driver and criss-crossed the state savagely attacking the big city machines. Truman won the Democratic primary narrowly, 40.91 percent to 39.67 percent with a third candidate getting the rest. Then, Truman went on to win the general election 51.2 percent to 48.7 percent over the Republican.

The 1940 experience taught Truman that a hard-charging attack campaign could overcome huge odds. In 1948, he put that to good use with an all-out assault on the “Do Nothing” Republican Congress and a ruthless attack against Gov. Dewey and his allies.

Coming just three years after World War II, some of President Truman’s language was shockingly hostile comparing Dewey and his team to the fascists we had just defeated.

Like President Truman, President Trump has won tough uphill campaigns. His capture of the Republican nomination was an astonishing campaign against both the news media and the vast majority of Republican leadership at the time. His defeat of Secretary Clinton was a constant uphill fight against news media assaults, the Clinton campaign’s hostility, and the FBI making false accusations to influence the election.

President Trump also has the advantage of endurance, which is captured in his book, The Art of the Comeback. He knows what it is like to be virtually bankrupt, exhausted, with no obvious way forward, and still force success through intelligence and hard work.

Biden is in the Dewey spring and summer period of a soft lead, with no real campaign.  Furthermore, like all left-wingers, Biden has the enormous advantage that the news media will do everything it can to weaken President Trump and protect the presumptive Democratic nominee.

Despite all these advantages and various polls that reflect the intense anti-Trump news media hostility, there will be a point in August when there will be a real campaign.

In the real campaign, Biden will melt like a snow cone in a Miami August.

Why am I so certain Biden will melt?

There are three things Biden will find insurmountable

First, Biden has always been a terrible candidate, and he is getting worse. When the American people shift from the COVID-19 disaster, the Chinese Communist dictatorship’s horrible behavior, and the economic collapse brought about by the panic, they will suddenly encounter the real Biden. It will be painfully clear that he could never function as commander in chief. In fact, Biden’s personal weaknesses are so deep and so obvious that there is at least one chance in 10 the Democrats will dump him at the last moment out of desperation.

Second, the Obama-Biden record will come into contrast with the Trump Administration record. On the economy, the Trump unemployment rates – the best in over 50 years and for African Americans and Latinos the best in history – will be a devastating contrast to the Pelosi-Obama-Biden slow growth, high unemployment record. On protecting Americans, the hostile reaction of Pelosi, Biden, and others when President Trump cut off flights from China will look totally wrong in light of what has happened (69 percent currently support the President’s travel ban on China). On pandemic preparation, the Obama-Biden record of cutting such spending in 2014 and failing to replace the N95 masks after the H1N1 influenza virus will undercut Biden’s critique of the Trump approach. On defense and foreign policy, former Secretary of Defense Bob Gates’ critique (after serving both Bush and Obama) that Biden has been wrong on every major defense issue in his career will come back to haunt him. Defending the Biden record will endlessly keep him on the defensive after mid-August (when the campaign will really begin).

Third, the Pelosi-Biden ideology is so far to the left that once the campaign focuses on it Biden, will become less and less acceptable (as will House and Senate Democrats who will hit their high water mark of acceptability in midsummer). Consider just this handful of indefensible Pelosi-Biden positions:

The list of radical leftwing positions unacceptable to the American people goes on and on.

I think Biden will lose on personal incompetence, past performance, and his association with Pelosi and the radical Democratic left. Any current media-elite effort to project the election outcome is almost certainly too optimistic for Vice President Biden and pessimistic for President Trump.