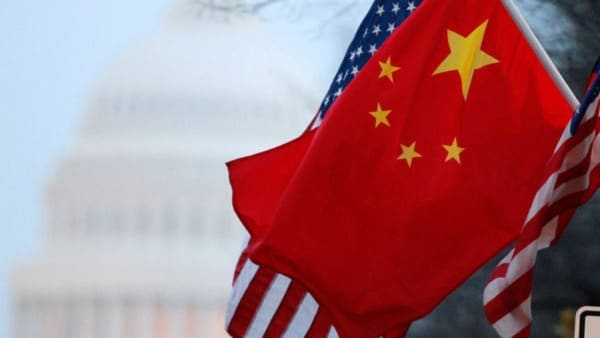 As the United States copes with the aftermath of the horrific killing of George Floyd by police in Minnesota and the massive protests that came after, we must not forget our previous crisis – the COVID-19 pandemic.

It is clear that the blatant lies, destruction of samples, and silencing of doctors orchestrated by the Chinese Communist Party (CCP) during the coronavirus pandemic amplified the devastation and tragedy the world has endured throughout the past few months.

As more facts have emerged about the Party’s cover-up of the coronavirus outbreak and its aggressive actions that followed, Americans have become increasingly skeptical toward China’s communist totalitarian leadership. A Pew Research Poll found that 71 percent of Americans don’t trust General Secretary Xi Jinping to do the right thing in regard to foreign affairs.

The pandemic was a real wake up call for Americans and policymakers alike. It exposed how the Chinese Communist Party’s oppressive censorship of information, global disinformation campaigns, control over critical supply chains, and influence over international bodies threatens the United States. But the threats and challenges we face against communist-ruled China extend beyond those that arose as a consequence of the pandemic.

As we wrote in October 2019 in Trump versus China: Facing America’s Greatest Threat, “The interests, security, and values that our country cherishes, and the free world in which we are accustomed to living are being challenged.” Ultimately, “General Secretary Xi Jinping and the Chinese Communist Party, are constructing a different kind of world that threatens the survival of our free and sovereign nation.”

The Chinese Communist Party’s malign response to the coronavirus outbreak is evidence supporting this conclusion. These past months have confirmed that the US belief that the People’s Republic of China (PRC) would adopt a more open and free system if it was incorporated into the international community was fundamentally wrong. We know now that China is controlled by the Chinese Communist Party which is committed to a Leninist ideology of power. In Xi’s own words, the CCP “has always adhered to the lofty ideals of communism.”

The United States now finds itself at a critical juncture that will define the future of US policy toward the Chinese regime. The CCP clearly presents threats to the US. It is committed to Leninist totalitarianism which defines its goals and tactics. We can’t rebuild the relationship we’ve had for the past 50 years – we need to design a new one.

A critical step in achieving this happened when the White House published the United States Strategic Approach to the People’s Republic of China. Unlike our approach in the past, which was founded upon what we hoped the Chinese Communist Party would evolve to become, this approach is rooted in the hard facts. It accepts realities about the Party and its aggressive actions — often in the Party’s own terms. The report outlined that the Chinese Communist Party’s ideology and tactics challenge our economic interests, values, and security.

“To respond to Beijing’s challenge,” the report states, “the Administration has adopted a competitive approach to the PRC, based on a clear-eyed assessment of the CCP’s intentions and actions.”

But now that we’ve identified the problems we face with the PRC, we need to build upon this approach to find solutions to overcome the challenges in this critical competition with China.

We now need to design an all-of-government strategy based upon the framework of this report. We need to look at all of the laws, resources, communications platforms, agencies, departments, and tools that we have in place to facilitate the execution of this strategy. Congress needs to mobilize to fill in the gaps.

Recently, we’ve seen the US government take strong actions against many of the CCP’s long-standing egregious behaviors. The State Department’s declaration that Hong Kong is no longer autonomous as Beijing approved a national security law proposal was important. President Trump’s announcement that the US will impose sanctions on officials who have had a role in “smothering” freedoms in Hong Kong is a strong step. The bipartisan passage of the Uyghur Human Rights Policy Act in Congress that will impose sanctions on officials and export restrictions on items that are involved in the oppression of minorities in Xinjiang will help respond to the CCP’s horrendous human rights abuses. Finally, the Trump administration’s intervention to reverse a Thrift Savings Plan decision that would have invested federal pension funds in Chinese companies that present national security risks and human rights concerns helped us avoid serious problems in the future.

This level of momentum and determined resolve needs to continue.

Overcoming this challenge will also require an all-of-society approach. There needs to be a focus on clearly communicating to the American people—using facts and evidence—how the behaviors of the CCP can affect our businesses, schools, and investment portfolios. This influence extends to the movies we watch, products we consume, and social media platforms we use. To carry this effort forward, it needs to extend beyond the government and empower every American to stand against the Chinese Communist Party’s attacks on freedom, human rights, and the rule of law.

These shared values and the ingenuity of the American people built the United States as the strong and resilient global leader it is today. Ultimately, they are what will see us through this competition with China.