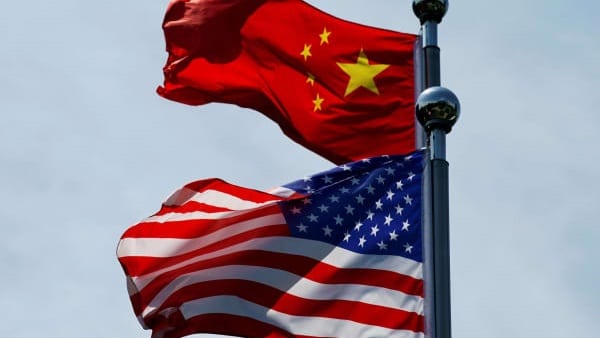 Buried in the news cycle, lost amid the flames and broken glass from the rioting and looting across America, is a potentially tectonic shift in global geopolitics. We could already be at a major strategic turning point in the nascent Cold War between the US and China — but only if Washington takes advantage of Beijing’s recent blunders.

Of course, Huawei is no private company; it’s a tool of China’s communist dictatorship, which controls all Chinese businesses. Countries that allow Huawei in their 5G networks risk exposure to Chinese spying, surveillance, and data collection — not to mention they give Beijing greater control of the internet and the world’s communications networks.

Yet, somehow, the UK didn’t seem to care in January, when London ignored American concerns and announced it would allow Huawei to access part of its 5G network — with a 35 percent stake in developing Britain’s infrastructure.

But four months of time and a global pandemic can change people’s minds quite dramatically.

According to The Telegraph, British Prime Minister Boris Johnson “has instructed officials to draw up plans that would see China’s involvement in the UK’s infrastructure scaled down to zero by 2023.”

Days later, The Times of London reported that Britain is “seeking to forge an alliance of [10] democracies to create alternative suppliers of 5G equipment and other technologies to avoid relying on China.”

The UK’s National Cyber Security Center is also conducting a new review into the effects of allowing Huawei’s equipment to be used in British 5G networks.

The changes came after the US on May 15 imposed new restrictions on Huawei’s ability to use American technology. But London is really changing its position because of China’s response to the coronavirus. The Chinese Communist Party allowed the virus, which began as a local issue in Wuhan, China, to become a global pandemic after mishandling the initial outbreak, trying to cover up its mistakes, lying to the world about the reality on the ground, and refusing to cooperate with other countries when they asked for help.

“The Huawei policy may have been arguable pre-corona, but I don’t think it is anymore,” the Financial Times recently quoted former Brexit secretary David Davis as saying.”

The pandemic has caused the American people — and their representatives in Washington — to view China more negatively than ever before. Similar trends are happening across the West, including in Britain.

In short, everyone is furious with China — and rightly so. But the problem is deeper than that: Governments are asking themselves whether they can get into bed with a country that they simply cannot trust.

Private companies are asking themselves the same thing. Two of Canada’s largest telecom firms, Bell Canada and Telus Corp, said this week they will use Sweden’s Ericsson and Finland’s Nokia to build 5G networks, bypassing Huawei. Bell still hasn’t ruled out working with Huawei but will wait for the Canadian government, which is still mulling whether to allow Huawei to provide equipment for Canada’s 5G networks. But for now at least, Huawei is on the outside looking in, without any major Canadian carriers as customers.

These developments in Britain and Canada could be the beginning of a major shift. As Newt details in his forthcoming book, Trump and the American Future, 5G is absolutely crucial to American prosperity going forward. China is all too aware of this fact. Dominating the development of 5G internationally has been one of the main ways in which Beijing has tried — so far successfully — to challenge American power and influence.

Huawei’s dominance of 5G poses a serious threat not only to American power, influence, and security, but also to those of America’s allies. Plus, anyone who favors freedom over totalitarianism should be deeply concerned about the Chinese Communist Party potentially having intimate access to the networks of Western democracies.

As Newt discusses in his book, the US hasn’t offered the world an alternative for developing 5G, and American companies aren’t even trying to compete against Huawei (although President Trump is trying to change that). But the US has a new opportunity to enter the 5G fight if countries’ attitudes toward China have soured such that they are rethinking their involvement with Chinese entities.

It’s clear by now that China wants global supremacy, to supplant the US as the world’s most powerful country at the center of international affairs. In practice, this means challenging the US in a range of arenas — from manufacturing, to military power, to high technology. One of the most immediate and critical of these challenges is the Chinese government’s campaign to control the world’s 5G infrastructure through Huawei. China was winning big not that long ago, but China may have just given the US a huge strategic opportunity to make a comeback. The question is whether Washington can take advantage.