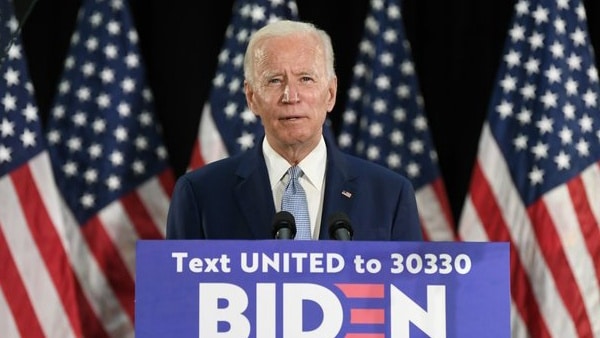 Former Vice President Joe Biden has had his fair share of slip-ups. Everyone makes mistakes. However, how many is too many? The media and the Democrats often focus on President Trump’s tweets or off-handed comments. However, Biden is far from immune to foot-in-mouth disease.

Just last week, Biden claimed that “10 to 15 percent” of Americans are “just not very good people.” It is unclear to whom he was exactly referring. However, a major political party candidate cannot write off voters as “not very good people.” In fact, this was eerily like Hillary Clinton’s “basket of deplorables” comment. Perhaps this is simply an expression of the elitism that the left possesses. The left feels that there is a certain part of the population that is simply not worth engaging. This bizarre statement is not a one-off either.

In February of this year, Biden bullied a young lady. He called Madison Moore “a lying dog-faced pony soldier.” The woman warned her question was “going to be a little bit mean.” However, Biden answered the voter’s question by asking “Have you ever been to a caucus?” When she nodded her head yes, Biden said, “No, you haven’t. You’re a lying dog-faced pony soldier.” Having a former vice president call a voter a liar on national television is inappropriate, and quite frankly immature. While it is irrelevant if she has been to a caucus or not, his inability to answer a simple question “exacerbates that reality.” Moore also spoke out saying it was “a little hypocritical.” She’s right. Biden had spoken out earlier against name-calling.

Last September, Biden’s gaffes were in full-swing. Biden declared that he believes “nobody should be in jail for a nonviolent crime.” He appeared to be referring to serving time for nonviolent drug offenses. However, he suggested that white-collar criminals should serve no time either. He pointed out a series of commutations that occurred while he was vice president. And he argued that “nobody should be in jail for a drug problem.” Did he save himself? Well, this is someone who is already under intense scrutiny for their criminal justice legacy. Additionally, he has been under fire by other Democrats who are concerned that his criminal justice policy is not ambitious enough. For Biden, there is little room for error.

Last August the now-presumptive Democratic nominee impoliticly implied that economically disadvantaged persons are all non-white. He stated, “poor kids are just as bright and talented as white kids.” For someone whose record on race is already under intense scrutiny, this cannot be overlooked. After pausing for a moment, he then added, “Wealthy kids, Black kids, Asian kids – no I really mean it, but think how we think about.” His campaign claimed he corrected himself – but it’s still unclear what he actually meant.

These examples are just the tip of the iceberg of Biden’s slip-ups. He cannot read the room, answer questions, or articulate proper answers. Of course, the media writ large gives him a pass – or they are too busy focusing on hating President Trump to notice.