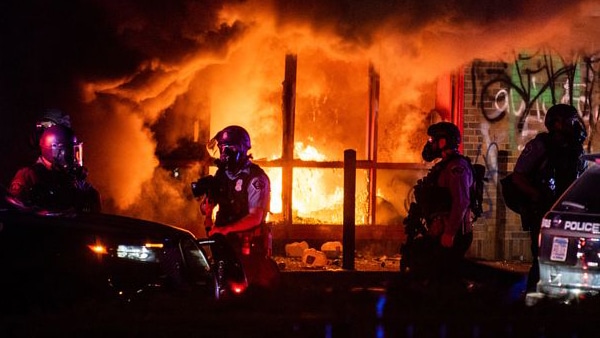 We are facing a crisis in America with enormous decisions facing all of us.  From the pandemic from China, to a government imposed shutdown, to the killing of George Floyd and the riots and chaos in our cities, we are living through a time of very dramatic change. In a series of episodes, I’ll discuss the challenges we face in America. In Part 1: The Role of the Radical Left.

The War Against America: Questions and Suggestions – Newt Gingrich

The First Rule of Riots: Stop Them – Newt Gingrich

Let’s be clear, the cities with the greatest violence have been run by Democrats for generations. The district attorneys releasing criminals are Democrats. A major question this fall should be if the party of illegal immigrants, illegal anarchists, illegal looters should win.

Unrest and Riots Across the United States

‘What Are We Going to Have Left In Our Community?’ Aldermen React with Panic, Sorrow to Unrest – WTTW

All Rioters, Arsonists, Looters in St. Louis Freed from Jail Without Charges – Breitbart