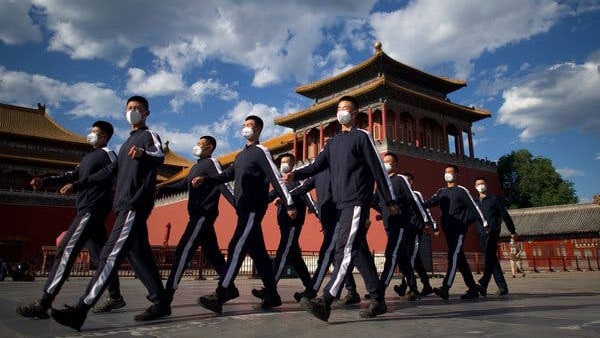 For decades, American elites argued that China would, over time, become a democracy through trade, global interdependence, and greater economic freedom. The theory was logical but wrong. Today, the Chinese Communist Party still rules China, which has only become more authoritarian domestically and more belligerent abroad despite allowing a somewhat open economy. Perhaps the one benefit of a richer China practicing mass surveillance and brazen imperialism is that most American elites now recognize, finally, that Beijing poses a grave threat to the US and global peace and stability. But even with this recognition, too many analysts, commentators, and politicians don’t seem to know — or refuse to accept and acknowledge — what China’s rulers want: the world.

Take Thomas Friedman, the columnist for the New York Times. In his latest column, Friedman writes that the US and China are “heading for a divorce” after 40 years of being one couple, two systems. Friedman notes that the US-China relationship from 1978-79 (when China began to open up its economy) to 2019 delivered much prosperity and relative peace to the world. But now this “unconscious coupling,” to use Friedman’s phrase, is over, giving way to more suspicion and even hostility. Friedman argues that this split happened because Beijing “badly overreached” and Washington “badly underperformed.” Friedman makes some good points about China’s deception and bullying, how they have soured Americans’ views of China, and America’s failure to leverage its network of alliances to influence Chinese behavior.

But Friedman misses the big picture: the US-China relationship is growing more hostile because of China’s drive for global supremacy, to supplant the US as the world’s most powerful country at the center of global affairs. Indeed, Beijing seeks to shape, if not upend, the American-led international order to its own benefit. One can examine various specific issues, from trade to the coronavirus, to determine what has hardened US-China relations in recent years, but China’s broad strategic ambitions are what matter most. This is a second Cold War, a contest for global supremacy, not a divorce.

Xi Jinping, general secretary of the Communist Party, has not exactly hid the Chinese government’s objectives. In 2017, for example, Xi told the 19th National Congress of the Communist Party in a landmark speech that China has become rich and strong so it’s now “blazing a new trail for other developing countries” and offering “Chinese wisdom and a Chinese approach to solving the problems facing mankind.” Xi added that, by 2049, China would “become a global leader in terms of composite national strength and international influence” and build a “stable international order” in which it can achieve “national rejuvenation.”

In another speech first delivered to the Communist Party’s Central Committee in 2013 but only translated in full last year, Xi explained what is most important to China’s leaders. “We must concentrate our efforts on bettering our own affairs, continually broadening our comprehensive national power, improving the lives of our people, building a socialism that is superior to capitalism, and laying the foundation for a future where we will win the initiative and have the dominant position,” he said.

Don’t just take Chinese leaders at their word, however; watch what they’re doing as well. Bullying Hong Kong and Taiwan; controlling ports around the world; stealing intellectual property; trying to control international organizations; pursuing the Belt and Road Initiative across Eurasia; weakening democratic institutions in the developing world; seeking to dominate the fields of high technology and manufacturing; projecting military power in the Arctic, South China Sea, and Indian Ocean — these are the actions of a country that doesn’t want to coexist peacefully and doesn’t seem content just dominating its own region.

China is not “overreaching,” as Friedman argues, but simply acting to achieve its well-established strategic objectives. It’s just doing so at an accelerated rate under Xi. This seems clear after examining the words of the late Chinese leader Deng Xiaoping, who once summed up the strategy that defined China’s foreign policy for decades: “Observe calmly; secure our position; cope with affairs calmly; hide our capacities; bide our time; be good at maintaining a low profile; never claim leadership.” Once China gained national strength, the Communist Party could become more aggressive. Xi may be especially aggressive, but China’s belligerent imperialism in pursuit of global domination didn’t begin with him in just the last decade.

In other words, the US and China are not adversaries because of particular leaders — that includes President Trump — or misunderstandings or lack of dialogue. The relationship is hostile — and only becoming more so — because both countries have clashing interests and values. China wants first to dominate east Asia, then the world, and create an imperial order in which people obey and are subservient to Beijing. America, meanwhile, wants to prevent any great power from dominating its own region, let alone the world, and preserve an American-led global order in which freedom and democracy can flourish. It’s not that hard to see how conflict might arise.

Americans need to remember this fundamental point as we enter the next stage of the great geopolitical clash of the 21st century. Yes, the US and China must manage their competition wisely to avoid a disastrous war and economic ruin. But Washington must also appreciate that this conflict is about what kind of world we wish to inhabit. If China has its way, the outcome will be truly terrible.