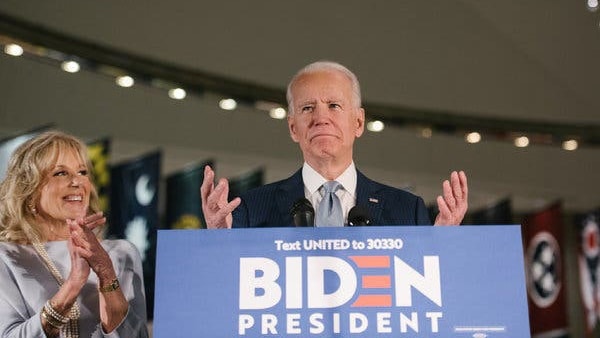 If you have noticed all the recent polls showing Vice President Joe Biden winning the 2020 election, you should know two things. First, the election is not this month. Second, this is a standard propaganda media polling offensive.

I have had long experience of the left’s efforts to depress, disorient, and defeat Republican campaigns. Part of its goal is to simply lower the energy level, diminish campaign contributions, and get the campaigns fighting internally over what is going wrong (even when there is nothing to be concerned about).

One of my earliest experiences of this propaganda media approach was the 1978 Minnesota US Senate race between incumbent Democratic-Farmer-Labor Sen. Wendell Anderson and Republican challenger Rudy Boschwitz. On the day before the election, the Minneapolis Star and Tribune, a notoriously leftwing propaganda system, reported on page one that Anderson was going to win with a poll that showed him beating Boschwitz by a small margin. The Boschwitz campaign had internal polling for several weeks showing them ahead by double digits. The following day Boschwitz beat Anderson 57-40. The leftwing propaganda had failed.

In mid-1980, Gov. Ronald Reagan was apparently going to lose to a resurgent President Jimmy Carter who had just decisively defeated Sen. Teddy Kennedy for the Democratic nomination. A few months later, Reagan shocked the media by winning in a landslide.

In 1988, Vice President George H. W. Bush was behind by 19 points in May. Just five months later, he beat Gov. Michael Dukakis by eight points. In those five months, as Americans learned how truly liberal Dukakis was, one-in-four of his supporters switched to Vice President Bush.

In 1990, on the Saturday before the election, Detroit’s liberal newspaper had John Engler losing to incumbent. Gov. James Blanchard by 19 points. Three days later, Engler won by more than 17,000 votes.

In 1994, virtually no one gave us a chance of winning control of the United States House of Representatives. My personal favorite example of absolute media bias was a headline in mid-October in USA Today. I was walking into a radio station to do a morning show, and on the way in I saw a page one banner headline which read something to the effect of “Democrats Gaining on Republicans.” I knew that nothing in our polls indicated that we were losing ground. I was more than a little anxious to see if USA Today knew something I didn’t. Still, I had to spend the next hour explaining the provisions of the Contract with America and advocating for our candidates in Idaho.

Then, I came out of the studio and had a chance to read the article. USA Today had just run a poll in which the Democrats had gained ground among people who were not likely to vote. Yet, among those who were planning to vote, the Republican lead had increased. The editor had a choice of two headlines and chose the less accurate one because it fit his or her ideological preference. That experience was a real lesson in how the propaganda media can totally distort the facts through careful editing — selecting what to emphasize and what to hide.

We are now living through a desperate effort by activists, who work in what were once news outlets, to shape the facts so people will think according to the activists’ ideological preferences.

First, it is true that most Americans support peaceful demonstrations. However, it is also true that an even larger majority of Americans oppose violent demonstrations. The anti-Trump activists in the propaganda media have worked over-time to convince us that destroying statues, looting stores, and attacking police are not violent actions. After all, if these acts were accepted as violent, people who oppose them would be for Trump. He vocally opposes violent protests while Biden hides and is afraid to take issue with his leftwing allies, who favor looting and statue destroying.

You may think “favor looting and statue destroying” is too strong. Consider that 13 of Biden’s campaign staff gave money to bail out looters and violent demonstrators. Meanwhile, Gov. Andrew Cuomo called the destruction of statues, “a healthy expression.”

So, if you think tearing down statues is a “healthy” way to exercise your First Amendment rights and bailing out violent looters is a contribution to dialogue, you have a candidate in Joe Biden.

Of course, the news media knows that praising violence, helping the looters, and cheering on statue destroyers is such a minority position that they will do everything they can to keep Biden hiding in the basement protected from tough questions and critical coverage. No one has asked Biden if he approved of his staff bailing out looters. No one has asked if he agrees with Cuomo.

Second, HR 6800 is the $3 trillion bill Nancy Pelosi got 207 Democrats to support. The bill is filled with terrible and highly unpopular ideas. It is even more extreme than radical Democratic legislation I described in my new book Trump and the American Future.

How many local or national reporters are going to ask those 207 Democrats about any of the enormously unpopular provisions in this bill? Very few – if any. For example, the bill gives $1,200 in so-called stimulus money to people in the country illegally. The bill also allows them to legally work when 40 million Americans are unemployed. The bill’s provisions for releasing prisoners are so broad that six serial killers would be back on the street. The bill uses taxpayer money to pay for abortions even in the ninth month of pregnancy.

Every one of these items – and a lot more included in Pelosi’s bill – are deeply unpopular with the American people. Virtually no reporter wants to ask the 207 Democrats how and why they voted on a whole series of these unpopular ideas.

Just remember: When you see the propaganda media trying to make Republicans feel bad by emphasizing carefully selected facts, they are just being who they are.

If you are still not convinced, just consider this. If the Democrats had won the recent special elections in California, Wisconsin, and New York, the elite media would have plastered the results on page ones everywhere and trumpeted a sign that Republicans would lose in 2020. But the Democrats lost (in California, it was the first time in over a decade that a district had switched from Democrat to Republican). There could have been a headline that three straight losses indicate Trump supporters are much more energized than the Biden supporters. But, of course, that would undermine the propaganda media’s narrative – and the effort to demoralize Republicans and beat President Trump.

When we win, election night it is going to be an amazing moment as the country repudiates the powers that be. The stories the next day will be fascinating.