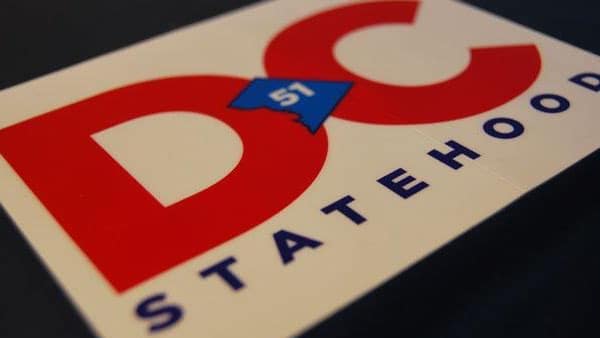 The radical Democrats are on a path to a socialist revolution. – Newt

“Three events last week showed that Democrats do not want a mere transfer of power if they win the November election: they intend to revolutionize our entire system of government.” The first event happened Wednesday, when Democrats blocked the Senate from considering their Republican colleagues’ bill on police reform. The second event happened later that same day, when the school board in Oakland, California, which is dominated by Democrats, voted to abolish the police force in local public schools. The third event happened Friday, when the House voted to make Washington, DC, a state. These three examples illustrate how Democrats seek a socialist revolution in America. The only way to stop it is to defeat the Democrats in November.

A stable society based on limited government and rule of law doesn’t work if it’s built on a foundation of people who practice the same morality as Woodstock attendees. – Newt

Passive Right Reaps What the Left Has Sown
By Michael Reagan with Michael R. Shannon
Newsmax

Now that the political left is in total control of academia, there is no more academic freedom. Students undergo unopposed brainwashing, and censorship “is described as an asset to public safety.” In this environment, ignorant, brainwashed mobs comprised of people who think far too highly of themselves are destroying America’s cultural foundation. “Passive conservatives are reaping what the left has sown.” Many complacent conservatives, weakened by exposure to libertarianism, seem to believe that a “stable, limited, rule-of-law respecting government can be built on a foundation of people with the personal moral practices of Woodstock attendees.” It doesn’t work that way. Conservatives and regular Americans have to fight in this culture war.

Some West Coast cities are so monolithic in terms of ideology that they are bad places to raise a family, practice a faith, and think freely — and thus are bad for business. – Newt

The author, the founder and CEO of a tech, investment, and real estate firm, is moving his business headquarters from the West Coast to Austin, Texas. Places like Seattle and San Francisco are wonderful in many ways but “have become hostile to the principles and policies that enable people to live abundantly in the broadest sense.” Uprooting a big part of a large company isn’t easy, but it was an easy decision to move to Texas, where “staff and their families will be able to flourish to a much greater extent.” The best places to be in tech on the West Coast are “some of the worst places to raise a family, practice a faith, or even think freely,” in large part because they are so monolithic in terms of ideology. This environment hurts workers and business. The coronavirus and the recent wave of protests and riots have further highlighted these problems in places like Seattle. The author’s employees “want to be in a place where they can live to the fullest extent,” and in such a place, the stronger the business will be.

Our economic growth continues to come back from the shutdown. – Newt

Amid the coronavirus pandemic, the number of Americans signing contracts to buy homes recovered a record 44.3 percent in May after a record-breaking decline in April. “The National Association of Realtors said Monday that its index of pending sales rose to 99.6 in May, the highest month-over-month gain in the index since its inception in January 2001.” The government reported last week that sales of new homes rose a strong 16.6 percent as large parts of the country reopened. These latest figures are a sign of optimism for the housing market and for the larger economy.

The late Dr. James Van Allen conducted a lifelong war against the idea of space exploration conducted by humans. Dr. Allen has been proven wrong by several scientific and technological discoveries. One recent and significant experiment further proved him wrong. A fifth state of matter was created thanks to an experiment on the International Space Station (ISS). The results of the experiment are important. According to research team leader David Aveline, the applications “range from tests of general relativity and searches for dark energy and gravitational waves to spacecraft navigation and prospecting for subsurface minerals on the moon and other planetary bodies.” In short, the experiment answers the question of whether humans have any utility in space. The ISS has proven its worth. “Experience on the space station suggests that exploration beyond low Earth orbit, to the moon, Mars and beyond, will prove likewise.”