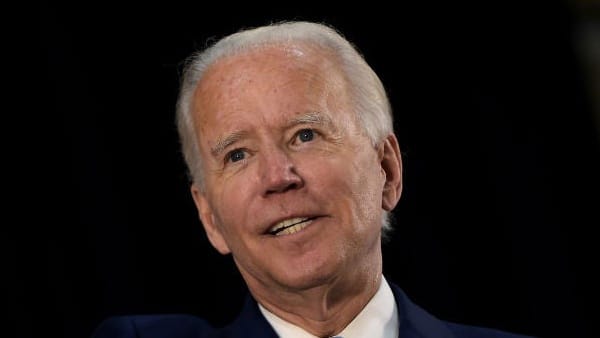 Joe Biden’s Fourth of July message was perhaps the most anti-American speech ever given by a presidential candidate. His speech’s hostility and tone show just how radical he has become, even since the Obama administration.

Biden’s 245 word,97 second long Fourth of July statement may be the most anti-American speech ever given by an American presidential candidate. He omits the Creator in his shortened version of the Declaration of Independence. Biden admits “all men are created equal” but in the modern secular left fashion forgets to mention that they are created by God and their rights come from God. Then he defames Jefferson limiting the Founding Father, Founder of the University of Virginia, etc to one idea-slaveowner

He reduces the Union’s war which led to abolishing slavery to “ravages” when the Union Army marched to the Battle Hymn of the Republic singing “as Christ died to make men Holy let us die to make men free”—and they did die for freedom. Biden’s snub of these brave men is tragic

Biden then skips killing volunteer civil rights workers in Mississippi, the courage of the sit ins, Eisenhower sending in US Army to integrate Little Rock schools against a Democratic Governor, JFK fighting segregation in Mississippi and Alabama to one ugly symbol Bull Connor

Biden then skips the massive 1963 rally at Lincoln Memorial, Martin Luther King Jrs I Have a Dream speech (that his children could be judged not by the color of their skin but by the content of their character),the National Holiday to honor him, the Memorial to him on the Mall

Biden’s America is “the marginalized, the demonized, the isolated, the oppressed” so after 48 years in Washington Biden will now fix everything he failed to fix for nearly a half century. Apparently in Biden’s America there has been no progress

America has had a Black President,22 Black Cabinet Officers, 2 Black Supreme Court Justices, 224 other Black federal judges, 10 Black US Senators,153 elected Black members of the US House, and nearly 400 Black admirals and generals. 39 of the 100 largest cities have Black Mayors.

Joe Biden – We are going to transform our nation:

We’re going to beat Donald Trump. And when we do, we won’t just rebuild this nation — we’ll transform it.

Our country was founded on an idea, “We hold these truths to be self evident, that all men are created equal.” We’ve never lived up to it. Jefferson himself didn’t. He held slaves, women were excluded, but once proposed it was an idea that couldn’t be constrained. It survived the ravages of the Civil War, the dogs of Bull Connor, the assassination of Martin Luther King and more than 200 years of systemic racism, and just weeks ago the murder of George Floyd. Through it all, these words have gnawed at our conscience and pulled us towards justice.

American history is no fairy tale. It’s been a constant push and pull between two parts of our character, the idea that all men and women, all people are created equal, and the racism that has torn us apart. We have a chance now to give the marginalized, the demonized, the isolated, the oppressed a full share of the American dream. We have a chance to rip the roots of systemic racism out of this country. We have a chance to live up to the words that have founded this nation. This Independence Day let’s not just celebrate the words, let’s celebrate that promise and commit to work, the work that we must do to fulfill that promise. We remain locked in the battle for the soul of this nation, but believe me, truly, it’s a battle we can and we will win if we act together. Happy Fourth.