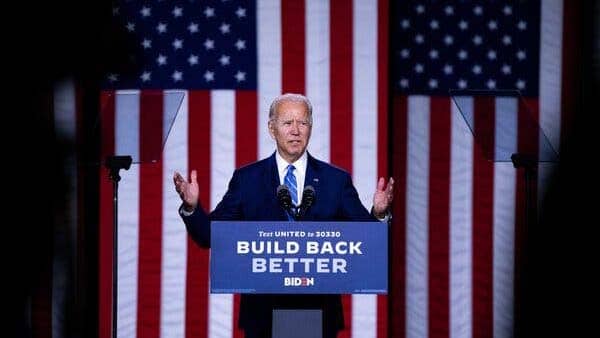 For decades, Joe Biden has fancied himself an expert in foreign policy. “I knew the world and America’s place in it in a way few politicians did,” he once wrote of his mindset heading into the 1988 presidential election.

During the 2020 election, Biden still sees a master diplomat when he looks in the mirror. “I’ve dealt with every one of the major world leaders that are out there right now,” the Democrats’ presumptive presidential nominee told supporters in December. “They know me. I know them.”

Biden often touts his diplomatic credentials and experience in foreign affairs. Supposedly, Biden is, unlike President Trump, a sage statesman who would oversee American foreign policy shrewdly. Indeed, Biden and his supporters see foreign affairs, especially the art of diplomacy, as one of his chief strengths.

The New York Times seems to try to back up these claims in a new, lengthy article that describes “how Biden’s informal diplomacy shaped foreign relations.” The piece portrays Biden as a bold, experienced statesman who stands up to dictators for the good of America. Michael Crowley, the author, details several instances of Biden meeting with foreign leaders and building relationships abroad over the last 40 years.

But even the Times can’t hide the fact that, despite being well traveled, Biden hasn’t actually accomplished anything with his diplomatic efforts. “As a senator, he produced no landmark foreign-policy legislation or defining doctrines,” the paper reports. “As vice president, he was largely a facilitator and adviser to [Barack] Obama, often overshadowed by the secretaries of state, Hillary Clinton and then John Kerry.”

When the Times asks Biden to cite instances where his approach to diplomacy proved successful, he points to his efforts to garner international support for the Paris climate accords and for the coalition to fight ISIS. But, the report notes, those were both projects in which Kerry and others played major roles.

“I can’t think of any place, to be honest with you, that it didn’t work,” Biden says. In other words, Biden thinks his diplomacy has always been successful.

Personal diplomacy is an important tool for leaders to have. And it’s fine that Biden has, according to his own accounts, had the chutzpah to tell Vladimir Putin he has no soul, call Muammar el-Qaddafi a terrorist to his face, and tell Slobodan Milosevic he’s a “damn war criminal.” It’s also great that Biden has seemed to develop close relationships with several leaders around the world. But results are what ultimately matter, and there Biden is severely lacking, despite his own apparent delusions of grandeur.

Indeed, no one seems able to attribute a single diplomatic achievement of serious consequence to Biden. Worse, his record is riddled with terrible errors of judgement. In 1991, he voted against the Gulf War, one of the few conflicts in recent decades that is almost universally recognized as a success for the United States. After 9/11, then-Sen. Biden wanted to send $200 million to Iran, which has collaborated with al Qaeda for years. In the Obama administration, Biden advised against killing Osama bin Laden and pushed the US to “reset” relations with Russia. The so-called reset preceded a downturn in US-Russia relations not seen since the Cold War.

To quote former Secretary of Defense Robert Gates, Biden “has been wrong on nearly every major foreign policy and national security issue over the past four decades.”

The Times notes that, when Biden was vice president, Obama tasked him with overseeing postwar Iraq, telling aides, “He knows the players.” Ben Rhodes, a former deputy national security adviser in the Obama administration, echoed Obama’s point to the Times. “In his calls Biden would, like a senator, spend the first however many minutes just talking about the other person’s life, how they’re doing, how their family was,” Rhodes said. “He used to illustrate that himself by boasting that he knew the names of every grandchild of Masoud Barzani [a powerful Iraqi Kurdish leader]. And his point was that, because I know the names of all his grandkids, I can ask him to do hard things.”

Of course, Iraq became a disaster on Obama and Biden’s watch, with ISIS overtaking one-third of the country. And the so-called caliphate wasn’t destroyed until President Trump entered the White House.

Speaking of Iraq, Biden once famously wanted to partition Iraq into three parts. According to the US embassy in Baghdad, such an idea would “produce extraordinary suffering and bloodshed.”

Knowing a foreign leader’s family is great, but if such a relationship doesn’t produce anything positive, then it doesn’t matter. More importantly, folksy, artful diplomacy can’t make up for bad judgement.

Much of the Times’ piece focuses on China, specifically Biden’s many intimate conversations with Xi Jinping, general secretary of the Chinese Communist Party. Biden may tout this experience as a strength, but the public record tells a different story. Remember, China was becoming increasingly bold and aggressive as the Obama administration was coming to a close. Did China stop projecting its military power in the South China Sea or stealing American intellectual property because of Biden’s relationship with Xi? Of course not.

Beyond ineffective diplomacy, Biden has also displayed poor judgement regarding China. (There seems to be a theme here.) Biden previously said he “fully understands” China’s one-child policy (although he later walked back his comments). He also downplayed the threat posed by Beijing — “China is going to eat our lunch? Come on, man … They’re not competition for us … we can do all we need to do without punishing anybody.” And he traveled to China in 2013 with his son, who was forming a Chinese private equity fund. Curiously, 10 days after the trip, authorities issued the Chinese business license that helped create the fund, with Biden’s son a member of the board. Sketchy is the word you’re looking for.

Ironically, Biden is doing what President Trump often does: touting his ability to cajole and persuade leaders with personal diplomacy. For some reason, though, the media only praises one of them for doing so and ridicules the other.

Biden claims his experience in foreign policy is an asset. In reality, it may be one of Biden’s biggest weaknesses. Anecdotes of tough talking dictators and becoming friends with democratic leaders sound nice, but when they’re proven to be ineffective, they’re just empty stories. Combine that with plain old bad decision making, and you get someone who absolutely should not be commander in chief.