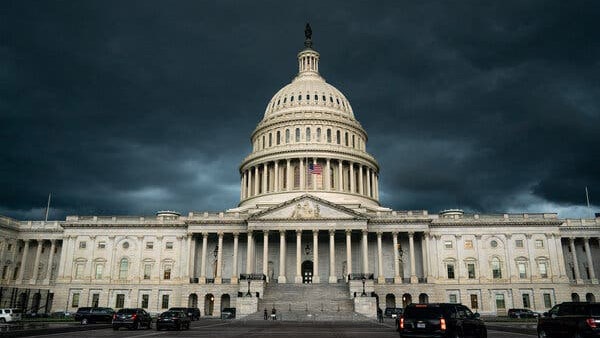 Below is the opening statement I made today to a House Committee hearing on the question of remote voting in Congress. This is an important issue, and I wanted to make sure as many Americans were aware of it as possible.

Statement by Former Speaker of the US House of Representatives Newt Gingrich
Committee on House Administration
July 17, 2020

Thank you for allowing me to testify even if virtually. I am still in Rome, where my wife Callista is the Ambassador to the Vatican, and I appreciate the opportunity to participate.

We have all learned through the virus-driven period of isolation and quarantine that there are many electronic systems for distance communication, including FaceTime, Zoom, GotoMeeting, Skype, and a host of competitors. Some major universities and schools have learned to use distance learning with great effectiveness.

I have always favored the use of distance communications for learning. That is why I think it is appropriate to gather information with distance witnesses for committee hearings. However, the question of remote voting in a legislative body raises a different issue that is separate from convenience of technological capability.

Legislative bodies have a long and profound history in the emergence of freedom and self-government. Whether they were in Greek city states or in the Senate of the Roman Republic, the existence of legislative bodies were a powerful invention to involve citizens in their own government and to enable elected officials to work together in understanding and solving problems.

There are two key factors in the very nature of legislative bodies which require them to get together physically to truly function at the highest level they are capable. First, there is the collective learning curve of people working together over time. Second there is the collective power of a legislature when its members have reached a decision they are determined to implement even when faced by opposition from the executive branch.

First, people who get in a room and argue, think, and learn together achieve much greater depth of knowledge than people who are isolated. In the great historic periods of legislative assertiveness, it was mutual knowledge and the sense of mutual collaboration which enabled elected officials to find better solutions than they would have found on their own.

In a well-functioning legislative body, the whole is much greater than the sum of the individual members. It is this synergistic effect by which people from different regions, professions, ideologies, and personal experiences blend into a mutually improving system.

A sound legislative process works when an individual develops an idea. It starts to get put into legislative language. Someone else brings a different specialty or expertise, and the idea is improved dramatically. Then, a third person brings a unique regional or interest group perspective and points out the modifications needed to make the idea really work. It is precisely this system of improvement and maturation – moving from conception, to introduction of legislation, to an amending process at subcommittee, committee, and the floor – that helps legislation meet the needs of the people.

When a bill gets through one body (House or Senate), then the other body follows a similar process. Finally, the House and Senate come together to hammer out a final version which will go to the President.

This process requires human interaction and mutual learning at every step of the way. It is the process which ultimately leads to the best product. This kind of process requires humans in the same room to really share knowledge and grow intellectually. The Founding Fathers had virtually all served in colonial legislative bodies. They understood the process of winning and losing elections. They understood the process of legislating together in groups.

In fact, the Founding Fathers felt so strongly about the importance of legislatures that in the US Constitution, Article I provides that all legislative power be vested in a Congress consisting of a House and Senate. Section two is the House, and Section three is the Senate.

Only after clearly defining and writing at length about the duties and powers of the legislative branch did the Founding Fathers get around to writing about the President and the Executive Branch.

The Federalist Papers, the great exposition of the Constitution by Alexander Hamilton, James Madison and John Jay makes clear (by repetition and inference) that an elected legislature meeting regularly is central to protecting the liberty of the people.

The Founding Fathers, in addition to their knowledge of Greek and Roman history and their study of various governments in the middle ages, were steeped in English history. They felt deeply that the Magna Carta, tying the King’s ability to get money to the permission of the people was the bedrock from which all other legislative power grew. They had studied the erosion of the Parliament’s power under King James I, and its resurgence under King Charles I – which led to the Civil War largely as a result of parliamentary opposition to the King.

The Founding Fathers had a particular fear of Oliver Cromwell and the imposition of a dictator who would break outside the agreed charter of self-government. They were determined that the legislative branch would be close enough to the people that it could draw its strength against any effort at despotism by the Executive Branch.

It is this need to get to know each other well enough to have long conversations – and to grow together in the face of threats to our freedom – that led the Founding Fathers to place so much faith in a freely-elected legislative body with two branches.

Given this history, there are three severe consequences of shifting toward remote voting:

First, the amount of power centered on the Speaker will create a virtual legislative dictatorship.

There have been moments of strong Speakers in our history. In each case, when they grew too strong, the legislative body as a group confronted them and forced change (the joint progressive Republican-Democrat coalition that broke Speaker Joseph Cannon’s power in 1910 is the classic example).

If every member of Congress is back at home, the Speaker and his or her staff will have virtually unlimited ability to shape the legislation they want, make the deals with the Senate and the President they want, and become virtually unchallengeable. The defense of freedom which the Founding Fathers had made the most important mission of the legislative branch would be destroyed by this single development.

A dictatorial Speaker is potentially just as destructive and dangerous as a dictatorial President. This challenge is not personality-dependent, and it is not particularly aimed at the current Speaker. Lord John Acton warned us over a century ago that “power tends to corrupt and absolute power corrupts absolutely.”

We are not any more immune to that process of corruption than any other people or any other generation. If you leave most of the House members at home, those who do come to Washington will acquire vastly more power and have vastly increased temptation to use their power corruptly.

Second, the individual members will lack the mentorship and the collegiality which has grown so many legislators over the last 244 years.

The legislative process is a continuing apprenticeship and educational experience.  Legislating, the act of voluntarily getting free people from many different backgrounds and regions to work together, is one of the most complex things human beings do. It takes years to learn to be an effective legislator.

Ask any third- or fourth-term member how much more he or she understands about the legislative process than when he or she first arrived. Ask how much of that learning came from hanging out and listening to colleagues. I was very honored to go through what might be called “the school of legislating” for over a decade before I joined the Republican leadership.

Without that kind of personal relationship and camaraderie, I seriously doubt if I could have learned enough to develop the Contract with America, passed major reforms like welfare reform, or achieved a balanced budget.

A House that votes remotely will remain remote to itself. Its members will have deeply stunted growth in vital skills and no access to invaluable knowledge.

Third, legislation will become a lot more inadequate – and in some cases, just plain dumb – as the traditional process of working together and sharing information and different perspectives changes into a more distant, irregular, and inevitably disrupted process.

The US Congress would become a detached collection of echo chambers – and America would be hurt by it.

Please let me add one final word about the whole underlying reason for considering remote voting.

Our national anthem says we are “the land of the free and the home of the brave.” Our Founding Fathers risked their lives, fortunes and sacred honor to defend freedom. The Civil War generation lost 630,000 Americans fighting for the Union and to end slavery. The Greatest Generation went across the planet risking its lives to defeat Nazi Germany and Imperial Japan. By the way, through all these events, Congress met in person.

Now, we are told that our members of the House are too precious to risk their lives by coming to Washington.

To these members I would say: If freedom isn’t worth the risk, quit the Congress. Someone with more courage will replace you in a special election. The emotion driving the proposal for remote voting is an expression of a kind of cowardice I would never have expected to see in America.

We are asking children and teachers to go back to school, but House members can’t come to Washington.

We are asking truckers to crisscross the country bringing us food and supplies, but their representatives have to hide in fear and vote electronically to avoid risk.

We have young men and women risking their lives all across the planet to protect freedom, but their elected leaders can’t risk being in a room with immediate access to doctors and remarkably little risk of anything bad happening.

I am embarrassed for this House that such a proposal could even get to a hearing.

I hope you will table it and move on to issues more worthy of the United States House of Representatives.