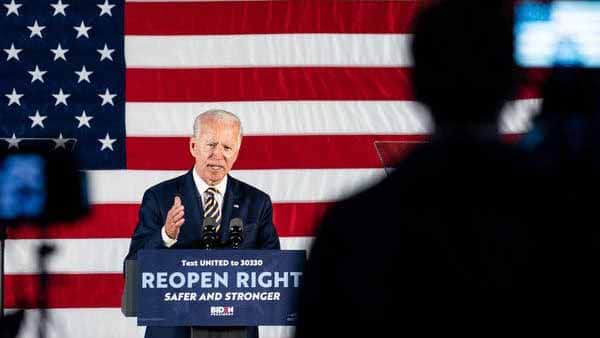 Joe Biden is certainly a gaffe machine. He has even said so himself. It seems miraculous that a candidate as unskilled at communication could make it this far, and yet here he is. It is clear that the Democrats have become accustomed to explaining away the various and sundry blunders and boo-boos as Biden bungles his way across the campaign trail. It must get tiring.

As recently as Monday July 13, Biden slipped up again. During a virtual fundraiser he quoted rhetoric from Mao Zedong when speaking on the need for increased economic support for women. As it would turn out, this wasn’t even the first time Biden echoed the words of the Communist dictator. In 2015, he tweeted a similar statement in support of International Women’s Day. The same quote came up again in 2017 and 2018. You could say it’s one of his go-to quotes for women, which he frequently refers to as “an old Chinese expression.”

News outlets have covered Biden’s error-prone presidential campaign from the beginning, expressing varying levels of concern. Top-ten lists of gaffes, compilations of misspoken lines, and video clips of awkward moments are not hard to find. The mainstream media continues to play him off as a loveable old goof, well-intentioned but not always a whiz with words.

Biden also has a troubling history of plagiarism. During his 1988 presidential campaign he was accused of poaching his stump speech from British Labour Party politician Neil Kinnock. The year before, he openly admitted to plagiarizing a law review article for a college paper. Even his proposed plan to address climate change features alleged appropriation of text from publications by the Blue Green Alliance and the Carbon Capture Coalition.

It’s time for us to get serious about this election. We are facing an unprecedented challenge dealing with the rising spread of COVID-19. With so many uncertainties life itself has become stressful. But we shouldn’t be looking to the words of presidential candidates for comic relief. Now, more than ever, words do matter. America needs strong leadership, capable of effectively communicating with their own words, who can be taken seriously.