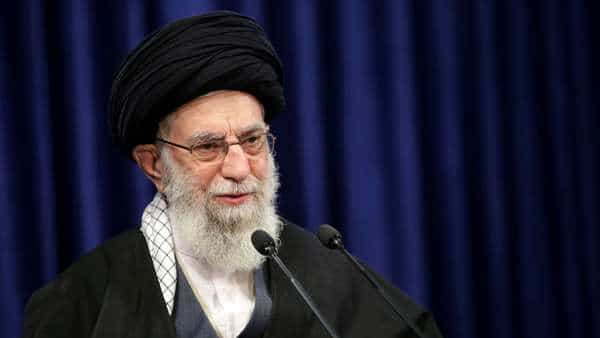 No one will be watching the results of the 2020 presidential race on Nov. 3 more intently than Iran’s leaders. Indeed, the Islamist thugs who rule Iran want Joe Biden to defeat President Donald Trump more than anyone — even more than the most ardent progressives and Never Trumpers.

The reason why is simple: Biden, the Democratic nominee, is the Iranian regime’s lifeline — its potential savior.

The regime is facing a terrible, multi-faceted crisis, perhaps the worst since its inception in 1979. This crisis poses an existential threat to the Islamic Republic.

Most obviously, Iran’s economy is in shambles — and heading toward ruin. In January, the Iranian currency, the rial, traded at 128,000 to the US dollar. That’s a staggering figure, but the situation only got worse for the regime from there.

Since March, the rial plummeted by nearly 70 percent and reached about 260,000 to $1 in recent weeks. For reference, the exchange rate was 32,000 rials to the dollar before May 2018, when President Trump withdrew the US from the nuclear deal with Iran and re-imposed sanctions on the Islamic Republic.

Last week, the Central Bank of Iran injected nearly $1 billion into the foreign exchange market to bolster the rial against the dollar. The desperate act helped a little but further drained Iran’s foreign currency reserves, which are projected to continue declining dramatically.

American sanctions have decimated Iran’s revenues from exporting oil and seriously crippled non-oil exports. So, the regime has been forced to withdraw billions from its reserves.

In other words, the Trump administration’s campaign of exerting maximum economic pressure on Iran is working. Countries and companies have overwhelmingly cut ties with Iran when forced to choose between its $400 billion economy and America’s $22 trillion economy. Only defenders of the nuclear deal — including Biden’s foreign policy team — ever thought, absurdly, that the Iranian market could rival the American one, arguing that Washington needed full support of allies for sanctions to work.

Add soaring inflation, high unemployment rates, and a major increase in the prices of basic commodities, and Iran’s economic future looks that much darker. In fact, it’s on a path toward disaster.

Of course, the regime’s problems extend far beyond economics. It’s telling that, in an Islamist theocracy, the mosques are empty. In 2015, a commander of Iran’s Islamic Revolutionary Guard Corps revealed that only about 3,000 of the country’s 57,000 Shiite mosques were fully operational. That’s devastating to a theocratic government.

Even more devastating are the anti-regime protests that have been ongoing across Iran since December 2017. The Iranian people haven’t been calling for reform, but rather for a new regime — one that cares more about serving its people than pursuing imperial ambitions abroad and protecting its own financial interests at home. Even working-class Iranians from peripheral provinces, the regime’s supposed base of support, have participated in the protests.

Simply put, the regime has lost all domestic legitimacy and survives through brute force more than anything. But abusing the Iranian people can only last for so long, especially amid intense economic pressure.

The coronavirus has exacerbated all these issues, further revealing the government’s dishonesty and incompetence while ravaging the economy.

But there is hope for the Iranian regime, and it comes in the form of a potential Biden Administration.

The Democratic nominee would seek to return the US to the nuclear deal. He and his top advisers have said as much, explaining that they will reenter the accord if Iran complies with its terms. The draft of the Democratic Party’s 2020 platform calls for the same, incorrectly saying the deal “stopped” Iran’s march toward nuclear weapons. The platform also describes the deal as the “best means” to prevent Iran from obtaining such weapons.

“That’s why returning to mutual compliance with the agreement is so urgent,” the document adds.

Tehran may see the deal as beyond repair now that it has violated the agreement’s most important components. But Tehran may also be eager to reenter an accord that is so advantageous to the regime and strategically damaging to the US. After all, the ayatollahs know that Biden wants to avoid escalation with Iran at all costs and no doubt wants to revive a landmark diplomatic achievement that he championed as vice president.

Returning to the nuclear deal would mean relief from sanctions for an Iran desperate for money. Billions of dollars would flow to the regime. All experience has shown that Tehran will use this money not to help the Iranian people, but instead to strengthen its terrorist proxies and murderous allies that need Iran’s cash to survive.

Recall how the regime ramped up its support for Syrian dictator Bashar al-Assad, Shiite militias in Iraq, and the Houthis in Yemen after striking the nuclear deal.

More broadly, Biden would simply follow Barack Obama’s approach to Iran. Not only did Biden serve as Obama’s vice president, but also his core foreign policy team is comprised almost entirely of veterans of the Obama administration.

Their policies are based on the absurd belief that the hard men running the regime, which is fundamentally anti-American, will moderate over time with more diplomacy and economic engagement with the West. As the Democratic platform says, a President Biden would “prioritize nuclear diplomacy, de-escalation, and regional dialogue.” And once the nuclear deal is restored, he would pursue a “comprehensive diplomatic effort” to address Iran’s other malign behavior.

Just when Iran’s theocracy is beginning to drown, Biden would throw the brutal regime a lifeboat to safety. President Trump, in contrast, will continue to squeeze and weaken the regime, which is ideologically committed to its anti-Western cause. When such a brutal regime is on its knees, the next step is to continue pressing, not let up and allow it to regroup.

Would four more years of President Trump mean the downfall of Iran’s murderous regime? Perhaps, but don’t bet on it — Iran has become quite effective at crushing dissent, and American intelligence is bad at foreseeing such events. But one thing is clear: Four years of President Biden would almost certainly ensure the survival — and strengthening — of the regime.

That is why, on Nov. 3, the ayatollahs will be following the election’s results with obsessive interest, hoping desperately for a Democratic victory. It’s clear they have decided to wait out the Trump administration, knowing Biden will be their savior if he becomes president.

Nothing would elate the regime more than watching Biden deliver a victory speech. That should be a source of shame for those who support him.