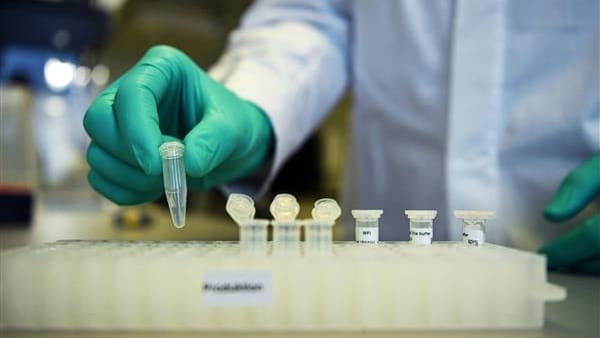 Steve Krakauer has a remarkable outline of how misleading the propaganda media has been in its coverage of coronavirus.

Krakauer, in his Fourth Watch newsletter, he points out, “Yes, the media’s obsession with COVID-19 cases – above any other metric – continues, and its anti-science crutch is hurting their coverage, and giving viewers a false idea of the coronavirus crisis in America.”

Krakauer’s own belief is that tracking cases is unhelpful because the reporting and accuracy of case tracking is terrible.

The current panic-stricken news coverage of Florida, Texas, California focuses on cases and not on deaths. There is a deep desire by the propaganda media to make Republican-led states look bad, and to protect Gov. Andrew Cuomo and the Democrat-led states. Yet, the facts about coronavirus deaths are unavoidable.

Based on Centers for Disease Control and Prevention data (which is itself suspect because of various bureaucratic reporting problems), Krakauer reported:

He goes on to point out that New Jersey’s 1,787 deaths per million actually makes it the “hardest hit” state,

Now, if you saw the headline “Florida Saving Lives at Six Times the Rate of New York and New Jersey,” Gov. Ron DeSantis would clearly appear more effective than Govs. Cuomo and Phil Murphy. But, of course, you won’t see that headline. DeSantis is a pro-Trump Republican, and Cuomo and Murphy are liberal Democrats. In fact, Cuomo’s liberalism protects him from any serious investigation into why so many more people died in New York – and how much he is responsible for the gigantic failure of policy.

The propaganda media’s desire to hurt President Trump by panicking the American people over coronavirus is so great that scandalous errors and failures in disease reporting simply go unnoticed. After all, if the American people learned how erroneous and mistake-ridden the reports were, they would be less inclined to panic. That would hurt the propaganda media’s goal of defeating President Trump in November.

If this kind of routine over-reporting were found around the country, the total number of COVID-19 deaths would be brought down significantly.

The testing results are even more suspicious than the reported deaths.

My daughter and son-in-law live in Key Biscayne, Florida. For weeks, they had been telling me about people who never got tested but receiving letter in the mail saying they had tested positive. A good friend, who also lives in Key Biscayne, had his own stories about phony positive tests.

At first, I thought this must be a fluke. Then, I discovered that Gov. DeSantis was calling for an investigation into widespread testing fraud. If you search for “testing fraud in Florida,” you will be amazed how many stories show up.

There were hospitals reported by the state as having 100 percent positive test results, when in fact the hospital said it had only 18 percent of people test positive.

With this kind of widespread gap between bureaucratic paperwork and actual results, it is really impossible to say what the ground truth has been. That is one reason that deaths have been a more reliable indicator than cases.

Yet, even reporting deaths from coronavirus has been wildly inaccurate.

I was startled to learn that according to the CDC reports, the deaths from COVID-19 had dropped 98 percent in the last 12 weeks. I would have thought this would have led every newscast as a sign of progress.

Here are the CDC weekly numbers:

However, the CDC website warns that death data is not immediately complete because of the lag between the death, the production of the death certificate, and the time it takes to report. Depending on where the death happened, this can take up to eight weeks.

Given the CDC’s own statement of inaccuracy, I checked three other sources and the variance for just the week of July 25 is unbelievable:

As of Monday, the CDC reported 257 deaths for the week of July 25 (with the one-to-eight-week lag time of data).

If in one week there can be a 184 percent difference in reporting (from 257 to 6353) on something as clear as death, no wonder we have had a hard time finding the right policies to defeat COVID-19.

Remember: The next time you see a panic-inducing article about COVID-19 in the propaganda media, it may be accurate – or it may just be designed to frighten you and defeat President Trump.