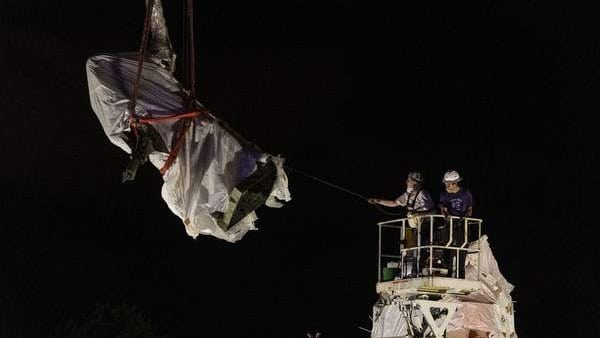 Besides reopening schools for the importance of learning and interacting with fellow students, children need the benefits of extracurricular activities to thrive in everyday life. – Newt

Many aspects of the coming school year remain uncertain. Will schools reopen this fall, and if they do, will high school athletes be able to compete safely? Sen. Marco Rubio (R-FL) believes that both can be accomplished if Americans are willing to do their part to help control the coronavirus infection rate. There are strong arguments both for reopening schools and resuming team sports. Flexibility and common-sense will be key to ensuring that young athletes can return to practice and competition without harm. Our children’s future depends on their access to school and sports, and it is our duty to make sure they can return to both safely.

Instead of fairly covering an issue that could hurt Joe Biden, the Washington Post and other propaganda media outlets offer bogus analysis of political strategy. – Newt

The Washington Post Protests Too Much
By Paul Mirengoff
Powerline

The media relies heavily on fear when reporting on political topics, but is the fear they provoke always justified? In many cases it is not. However, when it comes to reporting on the Affirmatively Furthering Fair Housing rule (AFFH), the fear is legitimate. The rule requires communities to create new low-income housing, increasing the population density of suburban areas. Individuals residing outside the area in which the housing is built are given preferential status over residents equally in need of assistance. President Trump was right to repeal and advocate against policies that give the federal government control over zoning decisions, which should be made at the local level.

JFK warned about “riding the back of the tiger” (giving in to Marxism), yet many Democrat leaders have forgotten his words. – Newt

Black Lives Matter (BLM) has become more than just a phrase; it is a Marxist organization with violent intentions. Those who support BLM may not understand the radical ideological framework of the movement. Chicago Mayor Lori Lightfoot and the local government have lost control of the city to angry mobs. The mayor’s effort to quell the anger of protesters by removing a statue of Christopher Columbus will do little to meet the revisionist demands of the BLM organization. The movement has already turned its back on leadership in New York City and Portland and will continue to rage against any leaders foolish enough to believe that these ultra-left extremists can be appeased by simple measures.

Democrat leaders and protesters in Portland have no endgame except violence and destruction. Much like Seattle, this won’t end well except with the tragic loss of someone’s life. – Newt

Chaos has ravaged Portland, Oregon since the end of May. Riots and protests erupted in the city, and others across the country, following the death of George Floyd. Unlike other cities that experienced similar responses, however, the rioting and violence has steadily increased in Portland. Assaults on law enforcement are not only a regular occurrence, but also cheered and encouraged by Antifa-sympathizing bystanders. The radical demands made by protesters are unrealistic and ever-changing, and attempting to meet them is futile. Their ultimate goal is not compromise, but rather destruction of America itself. For these violent Antifa leftists, mayhem and anarchy are the means as well as the end.

Congratulations to the first lady on her plans for the Rose Garden “renewal” project. – Newt

On Monday, Melania Trump announced details of a plan to improve the White House Rose Garden. The first lady’s redesign will be an update to improve upon the beauty and functionality of the garden, which was last re-designed in 1962 by Rachel Lambert Mellon. Necessary updates to infrastructure and accessibility will include a three-foot-wide limestone pathway to border the lawn. Plans for the updated garden will combine past and present as the first lady intends to restore the popular location to its 1962 footprint. The project is estimated to be completed within three weeks.