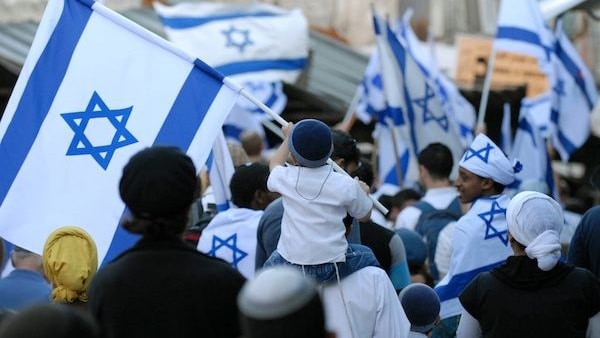 Jew-haters received some great news this week: They’re free to use Twitter to call for Israel’s destruction and to deny the Holocaust.

No, that’s not an exaggeration. A senior official at Twitter said as much on Wednesday while answering questions, via video conference, before the Israeli parliament’s Committee for Immigration, Absorption, and Diaspora Affairs.

One person on the panel, Arsen Ostrovsky, asked Ylwa Pettersson, Twitter’s head of policy for the Nordic countries and Israel, why the company recently flagged one of President Trump’s tweets for violating its rules about glorifying violence but didn’t flag any tweets by Iran’s supreme leader, Ayatollah Ali Khamenei.

Khamenei often demonizes and delegitimizes Israel on Twitter, calling for the destruction of the world’s only Jewish state. And he does so while using the most vicious and visceral language imaginable.

In May, just days before Twitter labeled one of President Trump’s tweets for the first time, Khamenei went on an especially egregious antisemitic rant spanning several days. As usual, he called for the elimination of the “virus,” “rabid dog,” and “cancerous tumor” that he often describes as Israel. But the supreme leader also championed terrorist groups and said they should be armed, explained that the struggle to destroy all of Israel is a form of jihad for which martyrs will be rewarded, and described Israel as the creation of a Western-Jewish conspiracy to dominate the world.

Calling for the destruction of Israel is, by definition, calling for genocide against Israelis and Jews. Indeed, about 6.8 million Jews live in Israel, close to the number of Jews murdered in the Holocaust.

Yet, Twitter has done nothing to reprimand the ayatollah — and according to Pettersson, the company never will.

“We have an approach toward leaders that says that direct interactions with fellow public figures, comments on political issues of the day, or foreign policy saber-rattling on military-economic issues are generally not in violation of our rules,” Pettersson said in response to Ostrovsky’s question.

Apparently, calls for genocide are the same as “saber-rattling.”

When pushed on the matter, Pettersson simply ignored Khamenei and turned to President Trump’s tweet, which included the words: “Any difficulty and we will assume control but, when the looting starts, the shooting starts.” She said the tweet “violated” Twitter’s rules by glorifying violence.

What did Khamenei’s tweets do then? Champion world peace?

Astonishingly, this wasn’t even the most troubling thing that Pettersson said on Wednesday. Another member of the panel, Emily Schrader, asked her why there is nothing in Twitter’s terms on hate speech that explicitly addresses Holocaust denial.

Pettersson responded that Twitter prohibits “targeting people with content that references forms of violence or violent events … if the intent is to harass.”

For clarification, Schrader asked whether Holocaust denial is acceptable on Twitter if it isn’t “targeted harassment.”

Pettersson seemed to answer yes. “We need to look at the intent and behavior behind the accounts.” She added that, if someone is using Holocaust denial to try to threaten or harass people directly based on their religion, then they would violate Twitter’s policies.

To be clear, she is saying that people can use Twitter to deny the Holocaust all they want, so long as they don’t address a specific person in what Twitter deems a threatening way.

Of course, denying the Holocaust is inherently meant to target and harass people — specifically Jews.

The truth is undeniable: The Holocaust happened. Nazi Germany attempted to eliminate Jewry and came brutally close to succeeding, murdering six million Jews in the process. The Nazis used their knowledge of science to make the mass slaughter of Jews shockingly efficient, especially with gas chambers. Those who deny these facts, which have been proven beyond any doubt, have no evidence with which to support their claims. In short, they are lying to support their warped perspective — or only seeing selective bits of history because their minds are filled with poisonous hate.

There is no reason to deny the Holocaust other than to cause the Jewish people pain or to attempt to improve the public image and reputation of the Nazis. Either reason is an obvious, shameful example of antisemitism. And a senior official at Twitter confirmed — quite openly — that the company’s platform allows it.

This shocking admission comes amid an alarming surge in antisemitism worldwide, especially through online communication. Rather than confront this challenge boldly, however, Twitter is allowing blatant antisemitism to have a home on its platform.

There is no doubt that Twitter is on the hunt for hate speech. (The company is proudly woke, after all.) Anyone who tweets something racist or homophobic should expect a swift and serious response. But when it comes to targeting Jews, Twitter seems to hesitate and sometimes not act at all. One should wonder: Why the double standard?

Unfortunately, this week has provided us with more questions than answers. But one thing is clear: Twitter is doing a darn good job at inviting Jew-hatred.