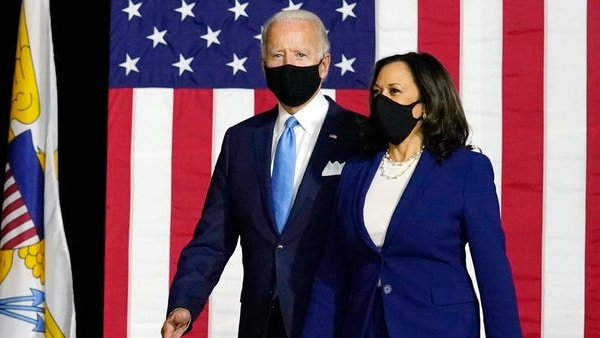 5 Stories to Watch Next Week:

There are simply too many developing stories to follow in the world. To make things easier, we narrowed them down to five that you should really watch next week:

Democrats set to hold national convention — This week, Joe Biden picked Sen. Kamala Harris (D-CA) to be his running mate on the Democratic presidential ticket. The pick comes just before the Democratic National Convention, which is set to take place next week, Monday to Thursday. A number of prominent figures will speak at the convention, where Democrats will not only choose their presidential nominee but also unveil their policy platform. Watch next week to see how the convention unfolds, to get a better sense of how Biden and Harris will run their campaign — and how they would govern if elected.

Russia registers world’s first COVID-19 vaccine — Russian President Vladimir Putin said Tuesday that Russia registered the world’s first vaccine for the coronavirus. Rather than cause joy, however, the news is drawing skepticism. Medical officials are concerned about the short amount of time it took to develop the vaccine. Indeed, many are worried that, in an effort to be the first country with a vaccine, Russia performed shortened trials and cut regulatory corners. The country has recorded nearly one million cases of the coronavirus. Putin hopes to release the vaccine worldwide soon, but it still needs to undergo final testing periods. According to America’s top expert on infectious diseases, Dr. Anthony Fauci, the US is not looking to use a vaccine developed by Russia or China. Watch next week for further reactions to and developments concerning the vaccine.

Big Ten becomes first major college football conference to postpone fall season — Big Ten Commissioner Kevin Warren announced this week that the conference is postponing its fall sports season, citing safety concerns due to the coronavirus pandemic. Warren said the conference’s top priority is the “mental and physical health and welfare” of the student-athletes, and that fall sports may resume in the spring. The decision most noticeably affects college football, which is the second most popular sport in America, behind professional football. With the Big Ten’s move, 41 of the 130 FBS schools have either said they will not have sports this fall or are in conferences that have made that decision. The loss of a major conference may affect the thinking of other schools and conferences. Beyond the safety of student-athletes, postponing the fall sports season may have a major impact on scholarships and revenues from television. Watch next week to see whether other conferences or schools choose to postpone the fall sports season.

Amazon cleared for space launch, but questions remain — Jeff Bezos and Amazon recently finalized plans to spend $10 billion to deploy several internet-beaming satellites. Following in the footsteps of Elon Musk and his SpaceX program, Amazon hopes to launch over 3,000 satellites over the next several years to “provide more internet bandwidth at a lower price than existing satellite operators,” according to the Wall Street Journal. While some have questioned the financial feasibility of the project, Amazon believes the prospect of providing fast broadband to places that lack internet is vital. Other companies, including Google and Facebook, have begun to use similar methods, such as drones and balloons, to achieve the same goal. With OneWeb, one of the leaders in using satellites to provide internet, filing for bankruptcy, other companies are hoping to take its place. Watch next week see if Amazon and other companies are able to make progress with their satellite plans.

Details on shooting outside of White House — The Secret Service escorted President Trump out of a coronavirus press briefing on Monday as it was ongoing. The scare was caused by a possible armed suspect near the fence of the White House. Law enforcement and the Secret Service intervened, and President Trump returned to the press briefing. “I didn’t even consider not coming back,” he said upon returning. Watch next week to find out more details about the intruder near the White House.