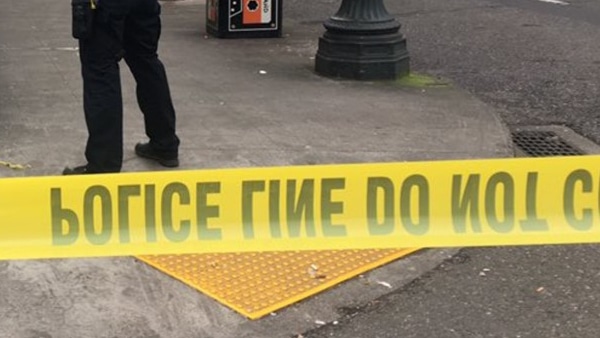 Pro-criminal, anti-police prosecutors have been elected or appointed in nearly a dozen American cities and counties, and now residents are paying the price.

Back in November 2019, I wrote a column with Sean Kennedy about the dangers of allowing radical, anti-police activists to infiltrate local district attorney offices. I also warned about this dangerous trend in my June 2020 book Trump and the American Future.

Now, as riots, looting, and violent crime spikes continue in Democrat-run cities across America, we are living through the violent consequences.

These consequences are most immediately clear in Portland, Oregon, which just passed its 100th day of consecutive violence in the streets. For more than three months, lawlessness and chaos have been allowed to dominate Portland, and the city’s left-wing leadership has been completely ineffective in restoring peace.

In fact, Multnomah County District Attorney Mike Schmidt has been adding fuel to the fires. Elected in May, Schmidt officially begins his term in January but was appointed to fill the remainder of his retired predecessor’s term in July during the violence. Schmidt announced last month that he would be dropping the cases of more than 500 protestors who were arrested for disorderly conduct, interfering with police, and other charges. For cases in which property was destroyed or people were terrorized, he said he wanted to give the vandals and bullies three months to pay restitution and have their cases dropped. Never mind what victims wanted or expected from law enforcement.

One beneficiary of Schmidt’s pro-criminal policies was Michael Reinoehl, who allegedly gunned down a conservative protestor in the street last month. The month before Reinoehl had been arrested by police for a gun violation, resisting arrest, and disorderly conduct. Schmidt dropped his case and put him back on the street with tragic consequences

Of course, Portland Mayor Ted Wheeler has only begged people to stop the violence – and in return was run out of his own condo by the rioters.

On the other side of the country, in Baltimore, we have seen violent crime – including homicide – skyrocket under the reign of pro-criminal, anti-police District Attorney Marilyn Mosby. According to the Law Enforcement Legal Defense Fund’s report on Prosecutorial Malpractice, since Mosby took office in 2015:

“Baltimore has reigned as America’s big city murder capital with homicides climbing 65% during her five-year tenure. Meanwhile, she dropped or lost 44% of all felony cases. An astounding 50% of homicide suspects in Baltimore have prior ‘violent crime’ arrests and 31% were on parole or probation at the time of their arrest.”

From 2014 to 2019, the LELDF reports that street robberies in Baltimore are up 27 percent, assaults are up 22 percent, and murder is up an astonishing 65 percent.

In Chicago, nearly 500 people were arrested for violating curfew and refusing to disperse during the early protests and violence which followed the horrific killing of George Floyd. Cook County State Attorney Kim Foxx declined to charge them, saying they were simply exercising their First Amendment rights.

Now, violent mobs have pillaged the city’s Magnificent Mile and waged gun battles in the once peaceful downtown streets. Residents have witnessed violent car jackings in broad daylight, according the local NBC affiliate.

Even the city’s Democratic mayor and its police superintendent have criticized Foxx for “emboldening” the mobs by not prosecuting those arrested. (Of course, Mayor Lori Lightfoot supported defunding the police department in the early stages of the violence — then ordered police to defend her home from the violent mobs as they tear the rest of the city apart. She has since backed off the defunding idea.)

Thanks to the ineffectiveness of Chicago’s Democratic leaders, as of Sept. 1, there have been 505 homicides this year – nearly twice as many as had been committed in the same time frame in 2019 (333), according to the Chicago Sun-Times.

Over Labor Day weekend alone, there were 10 murders, and 51 people were shot in 38 separate shootings. One of the people murdered was a pharmacy clerk who was stabbed to death in an apparent attempted robbery. The man arrested for the crime had reportedly robbed the same pharmacy and another one the previous week.

Thankfully, President Trump’s Operation LeGend initiative has heavily curbed the violence in the Windy City (federal agents have arrested more than 500 people in five weeks and the murder rate is nearly half what it was before the operation started). But much damage has already been done.

Many of the violent mobs tearing down our cities are doing so in opposition to systemic problems in our criminal justice system. There is a systemic problem, but it is not racism. The problem is rising pro-criminal, anti-police Democratic leadership.