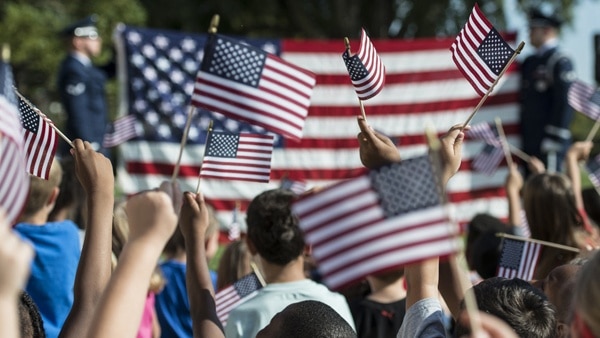 The American economy was a stunning success, unemployment numbers were at record lows, and America was pushing toward peace agreements rather than war across the globe.

Yet, the American media, many polls, and political organizations were reporting widening, increasingly bitter partisanship dividing Americans as the 2020 presidential and congressional elections approached.

Then, the COVID-19 pandemic quickly spread across the globe, killing hundreds of thousands of Americans and crippling economies in every state. Real and valid concerns about access to quality health care renewed. Stringent public health measures shuttered public spaces and left our communities divided and isolated.

At the same time, a massive wave of protests erupted across the United States after the horrific killing of George Floyd by Minneapolis police. Several radical political activist groups quickly took advantage of the peaceful, legitimate protests and began spreading violence, destruction, and fear in some of our largest American cities. To this day, they continue fomenting hatred in the face of ineffective local Democratic leadership.

Naturally, Americans are anxious and concerned about all of these issues. Their concerns have mixed with the intense partisanship to create a complex miasma of socio-political conflict that is not immediately understandable – and far too complicated for American media to explain or Americans to digest.

Gingrich 360 wants to confront the confusion and find clear answers that will help bring America off of the cliff’s edge and back to safety. This is why we separately partnered with the Winston Group and McLaughlin & Associates to conduct a series of in depth focus groups, nationwide surveys, and intense studies to identify precisely what Americans are most concerned about – and how our leaders can help solve America’s greatest problems.

We have decided to make our findings freely available to every American so we can help move the country back to peace, prosperity, freedom, and justice for all.