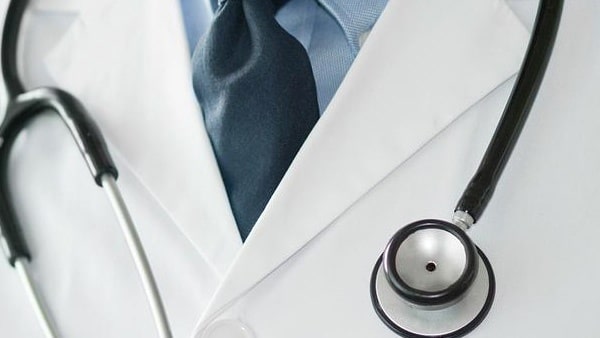 COVID-19, riots, and the economy are all top-of-mind issues for voters and GOP strategists. But, as in past elections, Democrats are pulling out their last-minute sleeper issue – health care.

Already, misleading ads about the GOP taking coverage away from people with pre-existing conditions are running in assorted congressional races.

Outside of repeating “repeal,” Republicans have been tongue-tied on health care, failing to clearly articulate a plan that they are all for. This year, however, they should unify behind one approach with the potential to be decisive for anyone who isn’t a hard partisan (and influence some partisans as well). That approach means promoting the right to know health care prices upfront – health care price transparency.

How powerful an issue is this? According to a McLaughlin & Assoc. nationwide poll of likely voters fielded in July, a whopping 88 percent of voters said they agreed that “All organizations involved in health care (insurance, hospitals, doctors, etc.) should disclose all of their prices – including discounted, cash prices and insurance negotiated rates (the price providers negotiated with health plans) – across hospitals and across plans in an easily accessible place online to allow for easy shopping for healthcare services.”

In 2019, President Donald Trump signed an executive order that would give people the right to know all prices in advance – including cash prices and insurance negotiated rates – so they can shop, compare, and never be blindsided.

So, the Trump campaign has an awareness problem. But it also has an opportunity. Sixty-five percent of voters in that same poll know that executive orders are different from laws in that they can be undone by the next president.

Should that matter to politicians? Well, in a Rasmussen nationwide poll of likely voters fielded Sept. 3-5, 78 percent of voters – across all demographics and parties — say they would be more likely to vote for a senator, member of Congress, or candidate who claims that he or she will support health care price transparency legislation.

The challenge for candidates and members of the House and Senate is to figure out how to let voters know that they are serious about this policy, particularly given the failure to pass it as legislation.

To solve this problem, Independent Women’s Voice this summer created the Patient Protection Pledge, with versions for, existing elected officials, candidates, and the general public to sign.

Dr. Art Laffer and I are some of the signers of the public pledge. We signed because health care price transparency solves the problem of blindsiding bills and games played with out-of-network billing. Estimates are that it will bring down health care costs nationwide by 40 percent. It will give patients – particularly now in a time of COVID-19 – reassurance that they aren’t being ripped off – and it will help the economy recover. Plus, it is the foundation for all the health care reforms being advanced by the White House.

Most importantly, it is going to take a sonic boom of public demand to counter the lobbying contributions of the health care industry, which wants to keep prices obscure and kill any price transparency bill.

For candidates like Sen. Mike Braun and Rep. Bill Flores, signing the pledge elevates the issue while making it clear to voters that signers are serious about genuine price transparency. It starts with trying to pass their Health Care PRICE Transparency Act, which effectively codifies the president’s executive order and makes problems like surprise bills evaporate.

Why does “genuine” matter? Well, there are a lot of things politicians – and the health care industry and their lobbyists – say they favor, but the devil is in the details. That’s why IWV.org has a useful checklist of words, terms, and provisions that let you determine the difference between genuine transparency and smoke and mirrors rhetoric.

Big insurers, hospitals, pharmacy wholesalers, pharma, and middle players, like private equity investment firms, who benefit financially from these industries, have been lobbying heavily. They sought to change, defang, or otherwise impede the executive order. Now they seek to slow or stop it through litigation, and work to prevent it from getting into law – most recently as part of the latest COVID-19 relief bill.

While 62 percent of Americans in the August McLaughlin poll didn’t know specifically that hospitals were using litigation to try to prevent having to tell patients upfront what they would be charged, nearly 60 percent point to industry lobbyists as the biggest problem in stopping a requirement of health care price transparency.

The Patient Protection Pledge is designed to capture an issue that matters to swing voters, clarify who is for genuine price transparency, create a mandate on this issue, and hopefully help get legislation passed. Whether candidates take advantage of it remains to be seen.