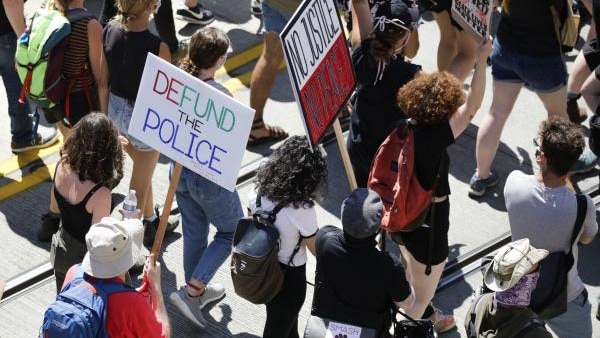 During the softball game of the century, Democratic nominee Joe Biden took on wave after wave of questions from an overwhelming Democratic audience in Moosic, PA, last Thursday night. He hardly broke a sweat. For those few who put up a relatively stiff, albeitbrief, resistance, Biden was able to win over these outliers with his “folksy banter.” The disarming of his opposition was especially made easy given the fact that he had met with some of them in the past. This was the case for retired police chief and Wilkes-Barre Councilman Bill Barrett, who tried to push Biden on his stance on Law-and-Order but was instead initially greeted with, “Chief, didn’t I meet you when you were Chief?” (00:05:20). Even with an easy line-up of questions, Biden still managed to ensnare himself in a series of missteps.

By highlighting his inconsistent position on fracking, Biden, as Anderson Cooper astutely pointed out, may be trying to have it both ways; touting the harmful effects of Climate Change one day and supporting the fossil fuel industry the next. The jury is also still out as to whether Biden fully endorses Rep. Alexandria Ocasio-Cortez’s Green New Deal as well. Biden’s attempts to distance himself from his Party’s now mainstream effort to defund the police may prove difficult given the Presidential candidate’s complacency with such rhetoric.

However, when we turn back the clock on Biden’s track record, the vice president has consistently tried to have it both ways. Since late May, Biden has supported various pillars of the Defund the Police movement while legitimizing the protests.

Immediately following the death of George Floyd, Biden took little interest in addressing the on-going violence and riots throughout major American cities. Instead, Biden, like many of the Left, tried to instill an Us vs. Them mentality amongst his supporters. With the “Us” being all those seeking racial justice and the “Them” representing those standing in their way, primarily the police.

In a May 30 interview with Don Lemon, the CNN anchor asked the vice president about his thoughts on the protests, some of which had turned violent. He also asked whether their actions were justified. Biden claimed that they were, “right to be in fact angry and frustrated, and more violence hurting more people isn’t going to answer the question. But they’re totally correct.” Days earlier, Biden tweeted the following in regard to a CNN reporter who was briefly held in police custody while reporting on the violence in Minneapolis: “This is not abstract: a black reporter was arrested while doing his job this morning, while the white police officer who killed George Floyd remains free. I am glad swift action was taken, but this, to me, says everything.”

As violence consumed American cities, such as Portland and Seattle, Biden stood idly by, never calling the perpetrators out by name. The same standing ovations given to George Floyd and Jason Blake, were nowhere to be seen after 19-year old Horace Lorenzo Anderson Jr. was shot and killed in the Capitol Hill Autonomous Zone in Seattle in mid-June. Only by late-August did Biden directly condemn the violence unfolding in Portland.

Fast-forward again to last Thursday’s town hall, Biden was given the following question about police brutality: “How will ‘the talk’ with my Black sons about police interaction be different under your administration?”

Biden started off by exemplifying empathy, highlighting racial discrimination within the criminal justice system. However, the vice president took a sharp turn, delving into his campaign’s supposed strategy to reform the police. This strategy relies heavily on increasing the role social workers play in responding to police-related incidents. While laying out his plan, Biden addressed for the first time publicly the police-involved shooting of Ricardo Munoz in Lancaster, PA. He argued that had phycologists and psychiatrists been on the scene, the outcome may have been different. Lancaster Police Chief Jarrad Berkihiser said that the officer was justified in his actions and that sending a social worker would have been a mistake, resulting in more bloodshed.

With the election just around the corner, Biden continues to bob and weave between the radical sects within his party, which strive to push him more to the left. He does this while also surrounding himself in a shroud of ambiguity, trying best not to alienate himself from those who are turned off by far reaching policies, such as the defund the police movement and Green New Deal.

You have to wonder how long the balancing act will work.