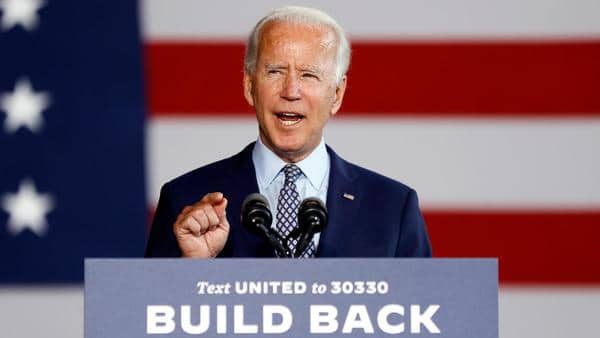 Joe Biden is either a coward or more forgetful than even his harshest critics realize. It’s one or the other.

Last week, during a speech in Michigan, Biden said that President Donald Trump “failed to do his job on purpose” when the coronavirus arrived, effectively accusing the president of murder.

“It was a life and death betrayal of the American people,” Biden continued. “Experts say that if he had acted just one week sooner, 36,000 people would have been saved.”

Biden even accused the president of sending the economy into a “tailspin,” adding that the recession was “created by Donald Trump’s negligence.”

It’s remarkable how deeply dishonest each of these statements is. I discuss the truth of the coronavirus pandemic on this week’s episode of my podcast “Newt’s World.” My guest is Karl Rove, a Fox News contributor and Wall Street Journal columnist who served as senior adviser to President George W. Bush from 2000 to 2007.

The truth is that, if anything, President Trump acted sooner than anyone else would have, implementing a travel ban on China in late January despite widespread opposition.

Remember, Biden called the travel ban “xenophobic,” as did other Democrats. Who knows how much longer he would have waited to ban travel from China as president? Imagine how many more Americans would have been infected and killed.

It’s also true that President Trump listened to the health experts throughout the pandemic. He was even reluctant to tell Americans to quarantine at home and shut down the economy, but he did so anyway, because that’s what public health officials advised.

Would Joe Biden have ignored the advice and warnings of the experts he claims to hold in such high regard? Would he ignore science? Or is he just dishonestly attacking the president to score cheap political points?

Rather than blame the virus and the country that unleashed it, China, for the economic downturn, Biden shamefully puts it all on President Trump, who acted to protect Americans.

What’s so cowardly about Biden’s conduct is that he sits back and attacks his opponent without offering any alternative way of dealing with the coronavirus. And the complicit media trying to get him elected doesn’t challenge him. Biden has never been pushed to say specifically what he would have done differently than President Trump.

If he’s not a coward, then Biden has simply forgotten the events of the past several months. Either case doesn’t bode well for a successful presidency.

Rove explains in detail how Biden and his advisers — including Zeke Emanuel and Ron Klain, among others — repeatedly dismissed the severity of the coronavirus in January, February, and even March. At no point did Biden offer a concrete plan, only saying what he might do in January 2021 — after all the most important decisions had been made.

The Biden campaign didn’t even talk about masks or social distancing until the Trump administration began discussing best practices to combat the virus.

In sum, as Rove details with much evidence, a President Biden would have done, at best, exactly what President Trump did in response to the pandemic. More likely, however, he would have moved slower. That is the truth.

I hope you will listen to this week’s episode to see through the fog of Joe Biden’s lies about the coronavirus.

I also hope you will listen to my next episode, set to air Wednesday. My guest will be Fox Business host Lou Dobbs, who will be discussing his new book, The Trump Century: How Our President Changed the Course of History Forever.