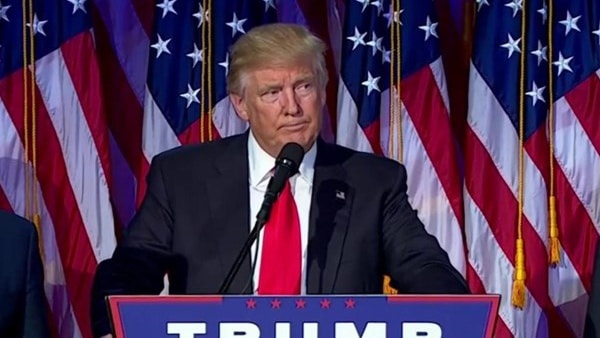 President Trump has already earned a remarkable number of historic achievements as a candidate and as president. For a man who ran to change the direction of government, he has succeeded more than any analyst would have thought possible.

First, as a brand new candidate, he took on 15 other Republicans and a hostile news media (go back and watch those debates and note how often the most hostile questions and the greatest expressions of scorn and contempt were aimed at candidate Trump).

As the Republican nominee, he defeated the Hillary Clinton machine and the elite media.

However, these two remarkable achievements were never fully acknowledged because victory on election night was repudiated psychologically. The propaganda media of the left, left-wing activists, and Democratic politicians went into hyper aggressiveness to discredit and delegitimize the Trump victory.

No President since Abraham Lincoln in 1860 has had as large a portion of the American people refuse to accept the legitimacy of the victory as Trump faced.

Over the following three years, the anti-Trump bureaucracy, the anti-Trump propaganda media, and the Trump-hating Democrats colluded to make up lie after lie. The New York Timesand The Washington Post won Pulitzer prizes for printing stories based on these lies. False information given to them illegally by Trump-hating bureaucrats who violated their oaths and broke the law because of their self-righteous conviction that anything could and should be done to the man who had usurped Clinton’s presidency.

President Trump stayed on offense through all the attacks. The largest deregulatory effort went on despite them. A giant job creating tax cut passed despite the hostility. The new trade policy focusing on American jobs and American economic interests was implemented despite the rabid hatred. An enormous military buildup began. A bold new program of developing the Moon and moving on to develop Mars was launched. The first new military service in 70 years, the US Space Force, was created.

Despite smears, constant investigations, hysterical accusations, a phony impeachment,  President Trump continued to focus on creating the kind of disruptive changes for his supporters voted.

Where Trump was a newcomer to the Washington governing process in January 2017, McConnell had spent his lifetime mastering the system of acquiring and using power in Washington. As he outlines in his remarkable memoir, The Long Game, McConnell’s only ambition in life was to become a United States Senator and ultimately Senate Majority Leader. He is the greatest master of the Senate system since President Lyndon Johnson, and it has really made possible one of the great achievements in Senate history: The approval of more than 300 federal judges – and in a few days, the approval of a third Justice of the Supreme Court.

In President Trump’s first term, he has recentered the federal judiciary away from three generations of liberal bias toward a constitutionally focused, strict construction consensus. That achievement could only have come with the hard work of the Federalist Society and the masterful leadership of Leader McConnell.

The decision to fill the vacant seat on the Supreme Court only seven weeks before the election has to be seen within the context of this endless passion and commitment by President Trump to continue disrupting the old order.

The historic precedents fit the president’s actions. Despite the lies and hysteria of the Democrats, left-wing activists, and the propaganda media, the historic fact is that President Trump is simply following precisely the precedent set in 1800. There is nothing to suggest a President cannot nominate a replacement if a court position is vacant up until the day his or her term ends.

Furthermore, given the hatred and vitriol with which Democrats have tried to destroy President Trump, why should he worry about their hand wringing and whining?

He has an astonishing opportunity to nominate a third Supreme Court Justice and truly define the judicial tone of America for at least a generation.

Leader McConnell has carefully nurtured his members and seems to have the votes to confirm a nominee if they can meet the standards of intelligence, education, experience, and character which is appropriate for a Supreme Court Justice.

The viciousness of the slurs and slander heaped upon Justice Brett Kavanaugh and his family may be repeated by an anti-religious propaganda media and the hysterically wound up activists of the left.

That will only harden Republican resolve to vote “yes” and will further alienate the Kamala Harris-Joe Biden ticket from the country.

President Trump is about to make history again.

It is fun to watch.