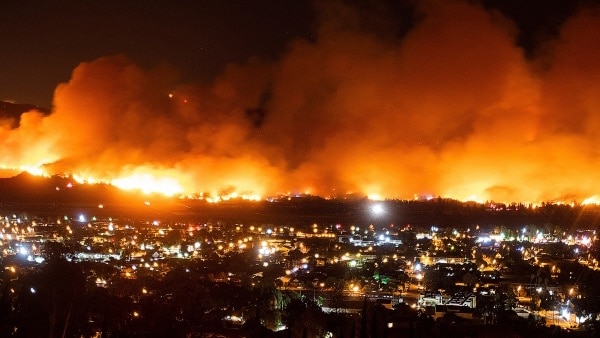 California’s forests are burning. California’s governor, Gavin Newsom, says fires are raging because of climate change. Many scientists, however, attribute the spread of fires to improper forest management. They agree that prescribed burns and preventative fire measures must be implemented in California so that if fires start, there is less “fuel” (dead trees) to elevate the fires to uncontainable levels.

However, the California Air Resources Board, a Newsom-supported climate conscious group which regulates prescribed burns, rarely grants authorization to safely thin forests. Arduous requirements for prescribed burns are encouraged by other Democratic environmental groups, such as. Pacific Forest Trust, which advocates for conserving forests in their natural state. They say prescribed burns release pollution into the air, and the group has a strong presence in California. These Democrat-funded organizations create a network of influence over environmental regulation and make forest management nearly impossible.

By ignoring scientists and claiming climate change caused the devastating fires in California, Gov. Newsom is using the fires as a promotional tool to convince Americans of climate change’s importance and further his political agenda of promoting the Democrat’s Green New Deal. Behind closed doors, however, Newsom is making deals to further fire prevention and prescribed burns.

Newsom and President Donald Trump worked together to solidify a “commitment by the federal government to match California’s goal of reducing wildfire risks on 500,000 acres of forest land per year.” If these fires were truly started by climate change, then why would Newsom work with President Trump to dedicate money to prescribed fires and forest thinning?

Newsom’s words and actions tell two different stories. His words, which are advertised to millions of Americans by media, are trying to convince people of climate change and the necessity of the Green New Deal. His actions, however, which are given little to no attention, support the claim that mismanagement of the forests played the largest role in the California fires.

Newsom knows that admitting the forests were mismanaged has no benefits for himself or the Democratic party and its proposed Green New Deal, so he twists the situation to restart the national conversation of the importance of going green. In fact, last week Newsom “issued an executive order requiring sales of all new passenger vehicles to be zero-emission by 2035” because “our cars shouldn’t make wildfires worse.”

Newsom is manufacturing a narrative of the California fires to further the Democratic agenda. Meanwhile, individuals and families all over the state have lost their homes and livelihoods. They do not want to be told that the only way to stop future fires is to give money to programs that could slow climate change in the far-off future.

Californians want action now and do not want their livelihoods risked if another fire rages in the upcoming years. Until Newsom enacts real fire prevention strategies, not climate change measures, California is doomed to face an onslaught of fires indefinitely.

The science must be the guiding force for future budgets and legislation — not efforts to further radical environmental agendas. These fires should not be political issues.

Scientists have been clear that climate change was not the primary reason for the fires. Newsom must shift his focus or else risk the lives and safety of all Californians.