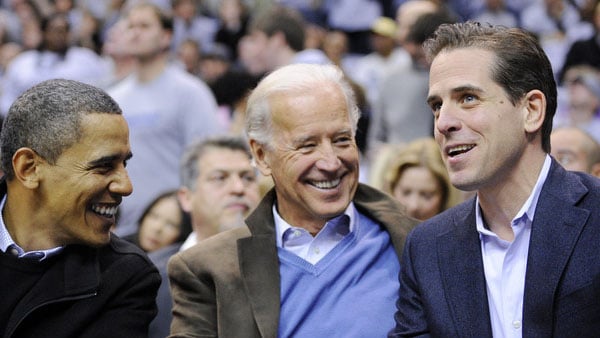 In the first Presidential debate on Tuesday, the greatest service Chris Wallace could offer the country as moderator would be to focus on the profound dishonesty of Vice President Joe Biden and his son Hunter.

The vice president’s dishonesty is captured in a quote from an interview on PBS in November 2019. When Biden was asked about his son serving on the board of the Ukrainian company Burisma, he responded: “I didn’t know he was on the board of that company. And, in fact, no one has asserted on the board that it illegal for him to be on the board or he did anything wrong.”

This quote is either a deliberate lie or a tribute to the decay of Vice President Biden’s memory. Hunter Biden’s appointment to the Burisma Board was reported by the Associated Press, The Washington Times, Reuters, The Wall Street Journal, and others. Hunter was making $1 million a year from Burisma – without any experience in the natural gas business. Does the former vice president really expect us to believe that neither his staff, his wife, nor his son told him about this great income windfall?

Furthermore, Burisma was owned by Mykola Zlochevsky, a corrupt oligarch who many State Department officials felt was the worst example of blatant corruption in Ukraine. Two State Department officials have testified to Senate investigators that they warned the vice president and his staff about the bad implications of Hunter lending credibility to a clearly corrupt oligarch.

But, of course, the former vice president says he doesn’t remember any of those warnings.

Later, Hunter’s activities involved a lot more money and a lot more exploitation of Vice President Biden’s official position. The billionaire widow of the former mayor of Moscow sent one of Hunter’s firms $3.5 million – but he apparently never told his father.

Shortly after Hunter Biden went to Beijing on Air Force Two with his father, he ended up in a business deal with a Chinese firm to invest more than $1 billion (billion with a “b”). But he claims he did not inform the vice president.

There are now two overwhelming accounts of the amount of money Hunter Biden was making from China, Ukraine, Russia, and elsewhere.

The joint report titled “Hunter Biden, Burisma, and Corruption: The Impact on U.S. Government Policy and Related Concerns” was just released by the U.S. Senate Committee on Homeland Security and Governmental Affairs and the U.S. Senate Committee on Finance Majority Staff Report. It clearly lays out the facts regarding Vice President Biden’s knowledge of and involvement in his son’s affairs. For instance, according the report, Vice President Biden not only knew about his son’s Beijing visit – he met some of the clients:

If you read the first and watch the second, you will get a real feel for how corrupt the entire Hunter Biden money-making operation was – and how impossible it would have been for his father to have known nothing about it.

Can you imagine that your son or daughter had a series of business relations, which took them all around the world and brought millions of dollars into their pockets, and you did not realize it? Could you imagine if this was so, and you were the vice president?

The entire propaganda media of the left has been desperately trying to downplay Hunter Biden’s corruption. Its members have ignored the national security implications of his contracts with Chinese companies dedicated to stealing American defense technology. Media have turned blind eyes to Hunter Biden giving corrupt businesspeople around the world the sense that influence in America was for sale.

The propaganda media’s desperation tells you how dangerous its members believe this story is to their preferred candidate for president.

On Tuesday night, Wallace ought to put Vice President Biden’s dishonesty about his son’s millions in foreign earnings under the spotlight of national publicity.

Did he really not know that Burisma was corrupt, even while he was going to Ukraine and speaking to the country’s parliament about the need to fight corruption?

Did he really not know that when Hunter went with him on Air Force Two to Beijing, it sent precisely the signal of insider status and favored connection which is an integral part of the Chinese calculus of doing business with those who can offer special deals or protection from the American government?

Was he really never told that a Russian oligarch was sending $3.5 million to his son’s company?

Biden often looks like he is out-of-touch with reality, but all this stretches the limit.

If Wallace will not ask the tough questions, President Trump should.

President Trump has suffered enough from totally dishonest media attacks based on lies and phony allegations of corruption. Now, the media is compounding the insult by refusing to cover real corruption and real dishonesty.

The American people must know about the Biden family cronyism, corruption, and dishonesty before they even think about giving them access to the oval office.

Tuesday night is a great time to start.