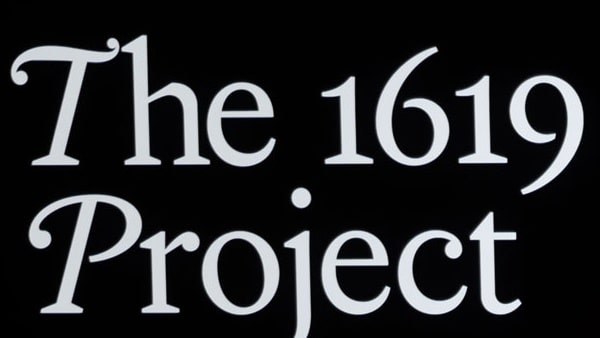 The New York Times launched the 1619 Project last year with an ambitious aim: To “reframe” American history, portraying 1619 as the year of America’s “true founding.” While most Americans had been convinced (by supposedly toxic, pro-American propaganda) that the United States was founded in 1776, the sages at the Times sought to teach us better.

The central thesis of the project is that every aspect of American society can be traced back to the institution of slavery. Therefore, 1619, when the first African slaves were brought to the English colonies of North America, was the real year our country began.

Slavery, in other words, was not only America’s original sin but also its foundation. And because every American institution is indelibly tainted with something as morally odious as slavery, this nation, as a whole, is irredeemable. This is exactly what the writers at America’s paper of record set out to prove.

However, after a barrage of criticism from scholars on both sides of the political spectrum, the 1619 Project started to let some air out of the balloon. Without issuing any correction or clarification, the Times quietly removed the reference to 1619 as the year of America’s true founding. The stealth edit, flagged by Quillette, was first noticed last week, when Nikole Hannah-Jones, the project’s creator and organizer, appeared on CNN to deny that she had tried to displace 1776 as the year of America’s founding.

Given the project’s stated goal of portraying slavery as the center of American history, the sudden change seemed to warrant some mention, at least online. Yet no mention was made. And, this is not the only stealth edit that the Times made.

The print edition of the 1619 Project from August 2019 contained the following passage:

In August of 1619, a ship appeared on this horizon, near Point Comfort, a coastal port in the British colony of Virginia. It carried more than 20 enslaved Africans, who were sold to the colonists. America was not yet America, but this was the moment it began. No aspect of the country that would be formed here has been untouched by the 250 years of slavery that followed.

Now, the online edition of the same piece no longer contains the sentence: “America was not yet America, but this was the moment it began.”

The implications of this now-deleted sentence are profound. If true, it would mean that the United States owed its nationhood to the institution of slavery. And yet, there was no effort by the editors at the nation’s paper of record to apologize for its inclusion — or explain its deletion.

The motivations behind the stealthy deletions are clear. To their shock, the editors at the New York Times realized that American parents do not want their children to return from school and ask why they live in an evil country with wicked founders. Perhaps some of those parents canceled their Times subscriptions in protest. Perhaps, even more horrifyingly for the editors, those parents might consider not voting for Biden this fall.

Regardless of the deletions, the purpose of the 1619 Project has been accomplished. The idea that the United States is a nation founded on slavery has been injected into public discourse and fully embraced and endorsed by the modern American Left.

From the outset, it was clear that the 1619 Project’s grasp on history was tenuous. The bold assertions first made by the 1619 Project’s writers about the centrality of slavery to American history quickly withered when subjected to academic scrutiny.

While the brutality of American slavery is not debatable, it was hardly unique. The American South was not the only agrarian economy dependent on slavery. In fact, slavery was also commonplace in Brazil and the Caribbean — where slaves were treated with equal, if not worse, brutality. Indeed, American historian Peter Kolchin, wrote the following in his book, American Slavery, 1619–1877:

“Brazil and the Caribbean were graveyards for Africans and their descendants; Jamaica, for example, imported a total of more than three-quarters of a million Africans, but at the time of emancipation in 1834, its slave population stood at only 311,000.”

Tragically, Brazil and the Caribbean had to import thousands of slaves regularly to offset those who died as a result of despicable conditions on the plantations. If slavery was the route to institutional success, surely Brazil and the Caribbean countries would be giving the United States a run for its money today. Of course, this is not the case.

Perhaps the most pernicious claim made by the project links early American capitalism to slavery in the South. In a piece written for the 1619 Project, Matthew Desmond compared plantation owners’ records of the cotton picked by slaves and the depreciation in the productivity of a slave over his or her lifetime to the manner in which corporations account for worker productivity and asset depreciation today.

“When an accountant depreciates an asset to save on taxes or when a mid-level manager spends an afternoon filling in rows and columns on an Excel spreadsheet,” he argues, “they are repeating business procedures whose roots twist back to slave-labor camps.”

Attempting to taint standard corporate accounting as the intellectual descendant of a Southern plantation practice is farcical and flatly wrong. As Phillip Magness wrote for the American Institute for Economic Research, the kind of bookkeeping and business quantification that Desmond described in his piece precedes American slavery by multiple centuries. Magness contended that the origins of this form of accounting can be traced to the banking families of medieval Italy. Similarly, Magness also explained that it was the railroad industry that first began using accounting for depreciation to denote the expenses incurred in replacing material that underwent wear and tear. The railroads came long after 1619.

Simply put, what Desmond failed to grasp is that, while productivity and depreciation accounting were used on slave plantations, they did not originate in that setting. Furthermore, it is also inaccurate to portray economic quantification as being used only by capitalist economic systems. Countries with socialist and communist economic policies, such as the Soviet Union and India in the 20th century, also used quantitative economic data to formulate five-year plans and to gauge progress. Yet, there is no attempt in Desmond’s piece to smear them for appropriating what he claimed is an intellectual descendant of a slave owner’s practices.

For all the pains she took to tarnish America’s history with a misleading narrative, Hannah-Jones was awarded the 2020 Pulitzer Prize for commentary for her 1619 Project essay. If that’s not enough, the Pulitzer Center’s website now features a full-length guide on how to incorporate the 1619 Project into K-12 curricula.

In September 2019, Dr. Janice Jackson, the CEO of Chicago Public Schools, announced that each school in her jurisdiction would receive between 200-400 copies of the 1619 Project as a “resource to help reframe the institution of slavery, and how we’re still influenced by it today.” Noticing this trend, President Donald Trump signed an executive order last week establishing a national commission to promote “patriotic education” in American schools. During his speech announcing the “1776 Commission,” the president condemned the 1619 Project’s attempt to revise American history based on dubious claims, calling it a form of child abuse.

Unfortunately, establishing an educational commission is unlikely to realign incentives that encourage public school districts to incorporate the 1619 Project into curricula. President Trump should therefore make a concerted effort to end federal funding to all public school districts that use the project if his administration is to have any chance of combating the rising tide of anti-American propaganda in our schools.

Still, it seems the Trump administration’s efforts to link the 1619 Project to the race hatred leading to violent riots on American streets has, at the least, helped push the project to sanitize some of its most odious claims. However, don’t expect the New York Times’ editors to apologize for stealthily retracting key statements from the 1619 Project. If anything, they might well erroneously cite the president’s criticisms as evidence of his racist sympathies.

Ultimately, parents are the ones with the power to reject the teachings of the 1619 Project. If their children’s schools incorporate the project in curricula, parents need to speak up at school board meetings. We are past the point where social change occurs at a glacial pace over several decades. What was the chant of the lonely radical in Berkeley yesterday is being printed in America’s paper of record today — and may very well be in your child’s textbook tomorrow.