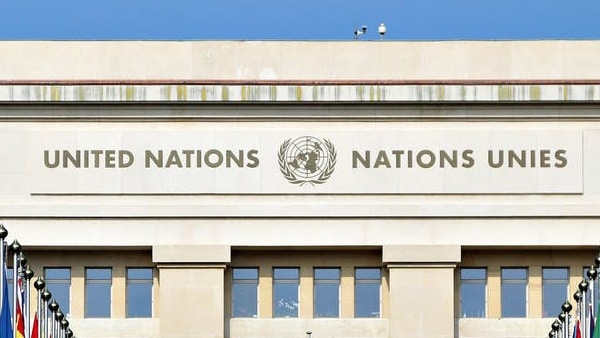 As the United Nations marks its 75th anniversary this week, it’s worth recalling the organization’s purpose. For those who don’t remember, it’s spelled out in the first words of the UN Charter:

“We the people of the United Nations determined to save succeeding generations from the scourge of war, which twice in our lifetime has brought untold sorrow to mankind.”

In short, the UN was created to prevent World War III. Too many people wrongly think the UN has succeeded.

António Guterres, the secretary-general of the UN, tweeted this summer that the values of the UN Charter “enabled us to avoid the scourge of a Third World War many had feared.” He echoed this point to the Associated Press, saying the UN’s greatest accomplishment is avoiding “a major confrontation among the big powers.”

Stephen Schlesinger, a historian of the UN and fellow at the Century Foundation in New York, agrees. “The UN was set up first and foremost as a security organization,” he said recently. “And it can’t be said enough that there has been no nuclear war or world war in the 75 years of the UN’s existence.”

“The success at prevention of great-power conflict is a contribution of the UN that tends to be underrated,” added Waheguru Pal Singh Sidhu, an expert at New York University’s Center for Global Affairs.

The New York Times reported last week that the UN has successfully averted “another descent into another global apocalypse.”

To be clear, there obviously hasn’t been a Third World War. But that’s not because of the UN. It’s because of the United States — and the one thing the UN wants to eliminate above all else, nuclear weapons.

Many diplomats may not want to admit it, but the UN is one piece of the American-led global order, which came into existence after World War II and reached new heights after the Cold War. This order is defined by an open global economic system, international institutions (including the UN), and liberal values.

What this order did most importantly was shift the norms of international behavior and conduct away from “might makes right,” the idea that larger, more powerful countries can simply coerce weaker ones into submission. Such behavior still exists, of course — Russia annexed Crimea — but it’s far less common and now considered taboo.

The American-led order is based on different norms that promote democracy, prioritize human rights, and establish an unprecedented taboo against armed invasion. This was only possible because America became powerful yet remained fundamentally benign, not seeking imperialism (despite what some academics may suggest). Think about it: Even some of the world’s cruelest tyrants now at least pretend to have elections and need to temper their imperial ambitions to some degree. It’s not exactly utopia, but it’s a serious improvement in a brutal world.

But there’s a great irony to this global order: In a sense, it’s still based on the principle of “might makes right,” just under American dominance. Indeed, the foundation is American military power. It’s our Navy, not some resolution in the UN, that ensures freedom of navigation in international waters — and therefore ensures global trade. It’s Washington, not the UN, that supports — and guarantees the security of — dozens of allies around the world, thus deterring conflict in Europe, the Middle East, and Asia.

Remember, the US rebuilt western Europe after World War II. The US turned Nazi Germany into a vibrant democracy. The US turned imperial Japan into a peaceful and democratic ally. And the US kept tens of thousands of troops in South Korea to deter the North from invading for nearly seven decades.

The US, not the UN, has imposed its will on the world for 75 years now — but in a way that is benign and mutually beneficial to all who wish to play along. That is the beauty of American power.

Now to that other factor that has prevented World War III. Imagine for a moment that tomorrow all the world’s nuclear weapons suddenly disappeared. Would the world become more peaceful? Hardly. In fact, the opposite would be true: Logic and thousands of years of history before the atom bomb show that several countries would be far likelier to go to war. India and Pakistan, the US and China, the US and Russia, China and Russia — the risk of war for each combination would skyrocket.

The logic here is simple: Countries are less likely to attack the homeland or vital interests of a nuclear-armed state, fearing the attack might trigger a nightmarish nuclear response. Eliminating nuclear weapons also eliminates that fear, making leaders more willing to take risks and escalate a tense situation. That means more violence, not less.

Nuclear weapons keep the peace, preventing all-out war between big powers, for the same reason so many people advocate their abolition: They have the ability to destroy the world. This is the terrible magic of nuclear deterrence.

And yet, Guterres is constantly pushing for the elimination of nuclear weapons. Indeed, next week, the UN General Assembly will feature a “high-level plenary meeting to commemorate and promote the International Day for the Total Elimination of Nuclear Weapons.” No doubt the participants will feel they’re doing their part to save the world. In reality, they seek a goal that would make global war more likely.

The UN would be better served if it focused specifically on preventing nuclear proliferation. The existence of nuclear weapons isn’t the problem; if anything, the world is more stable when the few largest, most powerful countries have nuclear weapons. But when too many countries obtain such weapons, their aura and the fear that they instill dissipate. Moreover, smaller countries tend to be focused on more sensitive, local issues, making them more likely to use their arsenals. Perhaps most importantly, even if such countries don’t use their nuclear weapons, they may threaten to use them, giving belligerent governments (such as Iran’s) a form of immunity to lash out as they please, without fear of punishment.

Many people, especially champions of the UN, refuse to accept that forces as brutish as American military power and nuclear weapons have saved generations from World War III. In fact, they argue that such factors put the world on a path toward a global cataclysm.

As the UN turns 75 and the UN General Assembly gathers to talk about making a better world, it’s important to remember who and what actually fulfilled the organization’s core goal over the last 75 years. The combination of American power and nuclear weapons have prevented World War III. If the UN has its way going forward, though, don’t bet on us avoiding a Third World War for another 75 years.