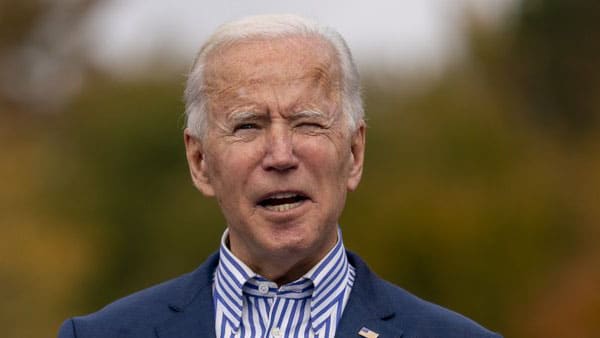 The unfortunate death of Supreme Court Justice Ruth Bader Ginsburg in the back half of what is quickly becoming a contentious Presidential election has opened a can of worms. Democrats and Republicans alike have been caught out in the open for their previous comments on nominating a new justice amid an election year. However, these recent developments also highlight Democratic presidential nominee Joe Biden’s track record on the issue, which like his choice of ice cream, has varied.

In 2016, following the death of Justice Antonin Scalia, Vice President Biden expressed his frustration towards Senate Republicans’ refusal to move forward with the confirmation process of Merrick Garland:

Deciding in advance simply to turn your back before the president even names a nominee is not an option the Constitution leaves open…It’s a plain abdication from the Senate’s duty… [It’s] never occurred before in our history.

that if a supreme court justice resigns…at the end of the summer, President Bush should consider following the practice of a majority of his predecessors and not, and not name a nominee until after the November election is completed.

However, 2020 presidential candidate Biden has already made up his mind on the issue. He has called the president’s intention to fill Justice Ginsburg’s seat without delay a “constitutional abuse” and a “gigantic mistake.” This is coming from the same individual who berated Conservatives for not fulfilling their “constitutional duty” before. And as Speaker Gingrich alludes to, “the historic fact is the President Trump is simply following precisely the precedent set in 1800.”

Biden now refuses to release his list of potential Supreme Court nominees. President Trump, a little more than a week before Justice Ginsburg’s passing, added several new names to his already existing list of nominees. Biden considers any such action to be “inappropriate.”

During an interview last week in Wisconsin, the vice president claimed any justice he named would, “be the target of all the vitriol or all the examination that occurs between now till the end of January without any way to defend themselves.” Which is an astute observation considering Democrats’ treatment of Circuit Judge Amy Coney Barrett thus far.

Charles Benson, the interviewer, followed up on whether voters should know who he would appoint. To which Biden immediately responded, “No they don’t. But they will once I’m elected.”

What we do know is that during the primaries, Biden didn’t back away from the idea of renominating Merrick Garland. The then Democratic presidential nominee also voiced his opposition to “packing the courts.” A tactics which is now slowly being endorsed by many prominent Democrats in the wake of Justice Ginsburg’s death.

Although the way in which Biden and his campaign continue to skirt around the over-arching question may be their standard operating procedures (along with calling it quits by 9:20 am) Americans are not so complacent. With the first Presidential debate set to air this Tuesday, Biden will be forced to leave the confines of his basement and speak at length about his record.