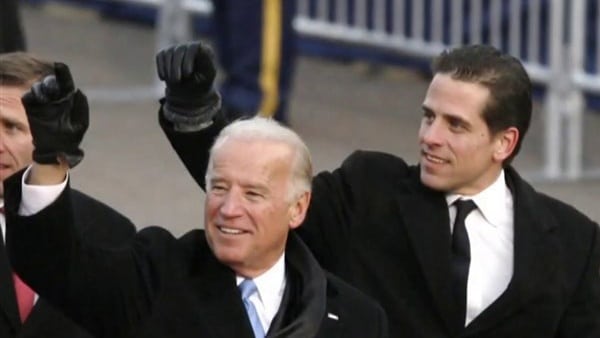 Listen in to hear from Newt about two projects he is studying. The first is on the media’s effort to make Hunter Biden UNTOUCHABLE despite him taking money from entities in Russia, China, and Ukraine. The second involves Mark Kelly, Democrat candidate for US Senate in Arizona. He also made a great deal of money from work with allies in communist China.

I’m working on two projects. I think you’ll find fascinating and you’ll see them showing up both as tweets and also as a newsletter, and in some other ways. The first is this whole idea that Hunter Biden is a child should be untouchable in the campaign. Something which the media really pushed after the debate the other night.  The fact is Hunter Biden is 50 years old as an 85 page us Senator report that says that he was taking money from Russia, from China, from Ukraine, et cetera, and taking millions hardly a child who ought to be off limits. Second there is increasing evidence that Mark Kelly, the democratic candidate for the Senate in Arizona made a great deal of money out of communist China. And that the patterns between what Hunter was doing and what Kelly was doing are, are just tips of the iceberg of how much Chinese communist penetration there is in the United States.

So these are both topics you have to pay attention to. I hope to have gathered enough information, having an entire newsletter on Mark Kelly and the Chinese connection to come out on Friday. And I have a series of tweets I’m doing today to begin to raise this whole question of, you know, why is the news media desperate to make Hunter Biden beyond discussion? When in fact he’s a 50 year old guy who got millions and millions of dollars, and in one instance may have been given a billion $300 million by the Chinese communist to invest on their behalf. This, this whole thing really smells. And I think we have an obligation to push very hard to get to the, to the truth. So I just want to share that with all of you. I think you’ll find it interesting in the next few days.