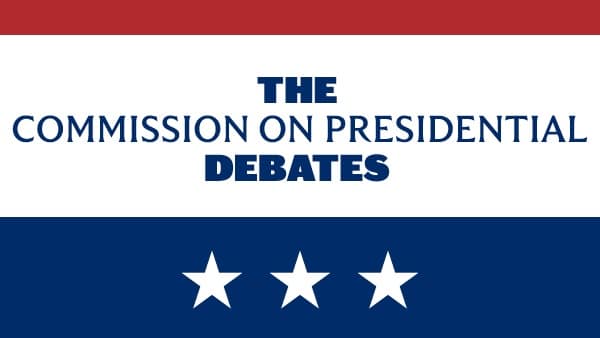 The commission has no right to independently control the debate process. Now, it is standing in the way of what the American people want and seeking to further its own insider agenda.

Yesterday, the commission announced unilaterally it was killing the debate format, and instead imposing a virtual debate. This decision was made with no consultation with the Trump campaign, let alone approval for such a dramatic election-influencing shift.

This is what we can expect from the arrogance of a collection of establishment figures averaging 73 years of age.

Whether the timing of the commission’s virtual debate announcement was deliberately set to cut off focus on the vice-presidential debate, where reviews strongly favored Vice President Mike Pence and weakened Sen. Kamala Harris, is not knowable. But the timing certainly served the interest of the Biden-Harris ticket, cutting into Republican excitement about Pence’s superb performance.

With this announcement, the commission proved once and for all that it must be ended in order for Americans to expect useful debates in the future. It is as useless as the anti-science plexiglass barriers they installed in the vice-presidential debate. More embarrassing for them, their co-chair admitted last night on Fox News that their choice had been reached in secrecy days ago – and still, they consulted no one.

It’s almost as if this is another haggard institution, devoted to its grip on power, that wanted to bend the rules in order to influence the election — the same thing we’ve seen from so many Deep State foes of President Trump.

As the New York Post put it, “Looks like the Commission for Presidential Debates has joined CNN et al. in the tank for Joe Biden: Its bid to dictate a new, virtual format for the next Biden-Trump faceoff was a blatant gift to a candidate who never wants to stray far from his basement.”

This year, the commission has picked a registered Democrat, a friendly biographer of Nancy Pelosi, and a Biden intern as the first three moderators. All four moderators are Washington insiders who live in Washington, socialize in Washington, and have no relationship with the so-called “deplorables” the Left despises.

The commission represents precisely the values and attitudes which were repudiated in the election of President Trump. Even the Republicans on the supposedly non-partisan commission board are pre-Trump members of the old order.

Conservatives are, ever since the Candy Crowley moment in 2012, no longer that naive about the level of bias they face – a bias which the commission has repeatedly endorsed and exercised over the debate process.

Even the supposedly Republican board members are a catalogue of figures openly opposed to the president. As The Washington Examiner reported, in 2017, former Missouri Republican Sen. John Danforth called Trump “the most divisive president in our history.” Republican Richard D. Parsons, former Time Warner chief, said Trump was “not good for any America.” And former Maine Republican Sen. Olympia Snowe, who donated to Jeb Bush in 2016, said Trump was “hurting the GOP brand.”

The failures of the commission involve an anti-conservative bias, a Washington insider arrogance, and simple technological ignorance as the commission’s gerontocracy has no understanding of the evolution of media since the time of network television domination.

As Hugh Hewitt wrote: The Commission is “a free-standing group of self-anointed, self-important Beltway Brahmins.”

Hewitt went on to assert that the Commission is: “a bastion of Beltway privilege, with a little New York representation and media preening tossed in. The table servants became table setters. This week they made their big move. Without consulting President Trump or former Vice President Joe Biden, the commission simply declared it was changing the rules for this year’s second general-election presidential debate: The Townhall Debate would be virtual.”

Hewitt admitted “I’ve inveighed against the commission before, because it is obviously biased to the left, so patently of, ‘in, by and for’ the Beltway, as have been many of its moderators.”

The complaints about the quality of these debates are not new, nor do they only come from the right. In 2008, Politico’s co-founders called the town hall debate “the worst debate ever,” noting that “The presidential debate commission’s rules are a scandal,” and that “the commission that has been invested with pseudo-constitutional status to run the debates… clings to antiquated formats.”

Here is one example of how different, more open, and more creative an entrepreneurial debate system could be. Last month, the most prominent podcaster in the world, Joe Rogan, offered to host a debate between Donald Trump and Joe Biden. Rogan commands an audience that dwarfs the entire viewership of CNN on a full 24-hour day. He is representative of an entire trend in media toward new, iconoclastic voices who take to podcasts and streaming video, with huge audiences for their work.

Why not include such voices instead of standing by an obsolete exhausted universe where only old guard corporate media exists?

Alternatively, the two adults running for president could agree to stand on a stage (socially spaced, maybe even double spaced at 12 feet instead of the recommended 6) with five agreed upon topics, a timer, and no moderator. This would resemble the Abraham Lincoln-Stephen Douglas Debates, in which the two Senate candidates agreed on questions to be debated.

Hewitt suggested “the president name a stage and a date, name his own moderator, and invite Biden to join him along with a moderator of the Democratic nominee’s choosing. The moderators could alternate questions and leave the men who would be president to talk to each other for 10 minutes at a time. Who knows what would happen? A debate might break out.”

The Wall Street Journal agrees, writing: “We favor doing away with moderators and having microphones that give each candidate, say, two minutes to speak at a time. The candidates can use their time as they see fit before the microphone goes dead when the time runs out. The questions would come from the candidates and their campaigns, not some outside party who may have her own agenda. Surely the candidates know the best questions to put to their rivals.”

A consensus is growing, and President Trump should lead it. He should offer to have two face-to-face debates with Biden with each candidate picking half the topics. Biden will have to respond. He can’t hide in the basement and seem afraid. After all, if you can’t stand up to Donald Trump, you sure can’t stand up to Vladimir Putin, Kim Jong Un or Xi Jinping.

This will be one more surprise innovation in an already amazing year.

An Important Video from Newt – Please Watch and Share