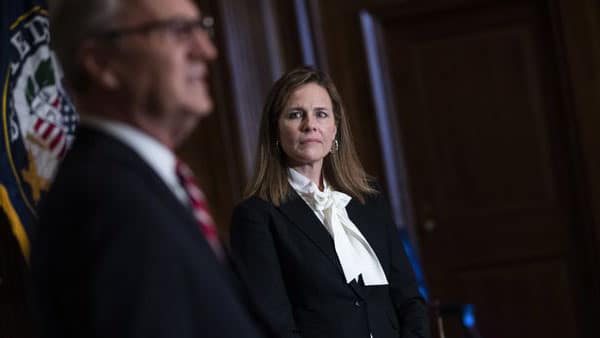 Last week, we asked readers “Should senators consider the faith of a judicial nominee during the confirmation process?” A total of 781 readers gave their thoughts, and the results are now in.

The majority of participants felt that “no,” the faith of a nominee should not be considered, with 84.76 percent (662 readers) of the vote.

The remaining respondents were split between “yes,” faith should matter which took 12.93 percent (101 readers) and 2.3 percent (18 readers) saying they were “not sure” on the matter.

The subject of a judicial nominee’s faith has been a hot topic for several weeks during Amy Coney Barrett’s confirmation process. Barrett’s Catholic faith has come to the attention of both Democrats and Republicans who have attacked and defended her.

Judge Barrett’s confirmation could happen as soon as next week, as Democrats continue to call for postponing the appointment until after the election concludes.