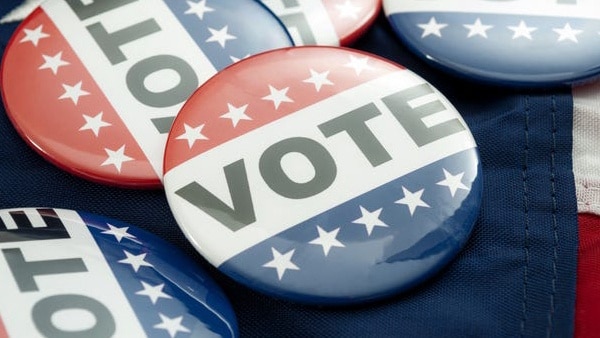 Much like 2016, the 2020 election is expected to be a close contest. We might not even have a clear winner on Election Day. Which makes these final days of the campaign all the more important, as President Trump and former Vice President Joe Biden make their final rounds across the country.

Naturally, both candidates are focusing primarily on many of the same states as time to campaign runs out. But why visit states such Florida and Pennsylvania repeatedly?

The answer is simple: These states, along with certain other ones, will determine the outcome of the election.

Candidates and voters both know where elections are really decided. Indeed, 38 states have voted for the same party since 2000, clearly showing where campaigns should and should not devote significant resources.

The concept of a swing state is not new, dating back to the competitive 1800 presidential election, in which Thomas Jefferson and Aaron Burr received the same number of electoral votes. The election went to the House of Representatives, where each state had a single vote.

As John Hudak of the Brookings Institution explains, our system of electing a president “is designed to make states the important jurisdictional unit in voting.” And the 1800 election focused political interest on winning over specific states. Naturally, states that never or rarely changed their political allegiance became less of a priority.

Over the years, historic elections such as Harry Truman’s victory over Thomas Dewey and George W. Bush’s victory following a Supreme Court decision about Florida have only emphasized the importance of swing states.

But what causes a swing state to exist in the first place? Why is a state like California a lock for Democrats now while Georgia has recently become a competitive battleground? It turns out there are multiple causes.

One important aspect of predicting an election is considering the demographics of each state. Race, age, income, and other factors must be taken into account. However, it’s not as simple as recording these statistics and reaching out to certain groups.

Take Ohio, for example, where there have been few demographic changes and the population is overwhelmingly white. Political scientist David Cohen notes that Ohio is undergoing “an actual shifting of attitudes of the electorate that’s already here.” In other words, demographics may stay the same, but people’s political preferences can change, nonetheless.

Beyond demographics and natural shifting attitudes, the physical geography of states can affect the way people vote, as well as their voting history. The experiences of citizens living in a city will differ wildly from those in the suburbs or rural areas, even if the physical distance between them isn’t immense.

What makes tracking swing states so difficult is that these metrics and means of analysis are all subject to change — which is, after all, the reason swing states exist and require so much attention in the first place.

The Republican and Democratic parties too have changed over time, along with states. This chart shows just how much swing states have shifted since the 1952 presidential election, constantly altering which way they lean politically.

Learning from the history of swing states in past elections can help voters see how this year’s race may unfold — and serve as a guide for the future.

Most recently, Texas has become an area of contention, as Democrats look for a possible upset this election cycle. Historically, Texas has voted Republican for over 30 years but is beginning to shift. Demographics are showing “increasingly younger and less white” voters in Texas than ever before, especially toward Houston and the Rio Grande Valley.

This year, Trump and Biden are competing especially hard to win states such as Florida, Ohio, Iowa, North Carolina, and Pennsylvania. These states and a few others will be the main areas of contestation — there could be as many as 14 swing states totally up for grabs.

Americans constantly hear the phrase, “each vote counts.” They may brush off those words as a cliché, but they really do carry weight, especially in swing states.

President Trump will likely rely on the working-class and rural votes he secured in 2016, along with a solid number of battleground states. For Joe Biden, securing voters from metropolitan areas, including suburbs, is a must if he hopes to win. The wild card this year is early voting, which has reached record highs in several states, along with massive numbers of mail-in ballots.

The 2020 election holds great importance for the future of our country. Issues like racial unrest, the coronavirus, and improving the economy will in part determine our course for the next several years. History has shown how vital swing states are in elections and how they change over time. When it comes to determining who will lead the country for the next few years, Americans must realize the power their vote has and that they can create real change. [vc_separator][vc_column_text]