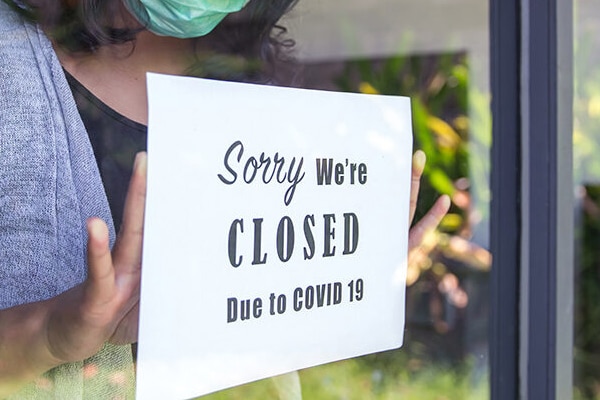 If Vice President Joe Biden wins on Tuesday, America will endure a “dark winter” of shutdowns, financial hardships, psychological isolation, and health problems which are unrelated to COVID-19 but will kill more people than the virus itself.

When Vice President Biden said in the last debate that America is facing a “dark winter,” because of COVID-19, he was setting the stage for another, deeper shutdown.

In preparing us for a shutdown, Biden is following in the footsteps of his advisers – the European leaders who have panicked, the Democratic governors who have imposed public health dictatorships, and the public health establishment which is enjoying its dictatorial prominence.

In fact, the full scale of Emanuel’s call for pain is even more remarkable:

“So that’s one thing: a nationwide lockdown that lasts eight weeks until we have a number of new cases in the two to three per 100,000 level. To reiterate: We have never, ever, gotten that low and sort of stuck it out nationwide.

“You reopen them and two to four weeks later you get these big bumps in cases. Just terrible. And the reason you get that is because indoors, big crowds for prolonged periods of time exhaling.

“Yelling at football games on the TV or what have you. That’s how you spread the virus, that’s what indoor dining and indoor bars lead to. I think it’s a serious, serious problem.”

Another adviser, Vivek Murthy, warned that we will not return to normalcy until 2022 at the earliest: “If the goal is to return life to some semblance of what it was like pre-pandemic, I don’t see that happening in 2021.”

So, if you would like to stay in the current mess, have your schools closed, your businesses crippled, your life restricted, and endure “really serious pain,” the Biden team is just the team for you.

Beyond Biden’s own advisers there are the examples of the liberal Democratic governors who love dictating to people and destroying jobs. This includes New York Gov. Andrew Cuomo welding shut the gate to a Jewish cemetery. Also, there is Illinois Gov. J.B. Pritzker who threatened to call out the National Guard to go after restaurants that are not socially spacing (a National Guard he would not call out to stop violence and looting in Chicago during the recent riot). California Gov. Gavin Newsom is urging people to cancel Thanksgiving – and blocking public schools from opening while his own children go to an elite private school. This is in the spirit of Michigan Gov. Gretchen Whitmer, who blocked all boating in the state – except for her husband who took out the family boat. Biden’s allies continuously show a great preference for using the power of government to control individual citizens (including limiting churches and synagogues from holding services). It’s easy to imagine Biden creating a nationwide ban on attending religious or educational meetings.

The other examples for Biden are the Europeans, who have panicked and are closing their economies and communities down for a second time. The economic cost to small business, and the inconvenience and psychological damage of being cooped up for weeks at a time, have led to substantial resistance in Europe as people conclude that the political class is simply incompetent and out-of-touch with the needs and feelings of people.

As a globalist who wants to be part of the elite worldwide leadership gang, it would make sense for Biden to follow France, Spain, Germany, Italy, and Britain into a lockdown.

In Britain, the police are warning they may raid homes that have Christmas parties that are “too large.” The politicians’ alliance with supposed public health experts is creating a petty dictatorship that eliminates almost all of our constitutional rights.

President Trump captured the reality of the choice between courage and fear, optimism and pessimism, trusting the American people and trusting the new police state mentality of the left at a rally in Iowa this weekend:

“It’s a choice between a deadly Biden lockdown – or a safe vaccine that ends the pandemic.

“We launched the largest mobilization since World War II. We are delivering groundbreaking treatments that reduced the fatality rate 85 percent.

“Our excess mortality rate in America is 40 percent lower than in Europe.

“We will mass distribute the vaccine in just a few short weeks – it will quickly eradicate the virus and wipe out the China plague once and for all!

“Joe Biden is promising to delay the vaccine and turn America into a prison state, while letting rioters roam free.

“If we’d listened to Joe on allowing travel from China and Europe, hundreds of thousands more people would have died.

“The Biden lockdown will result in countless deaths and wipe out an entire generation of dreams.

“Europe imposed draconian lockdowns and yet their cases are exploding, their deaths are surging, and their economies are in ruins – the European lockdowns are leading to more suffering, delayed medical care, and financial devastation.

“A vote for Biden is a vote for lockdowns, layoffs, and misery.”

We will find out Tuesday night if the American people prefer a lockdown or a calculated effort to develop a better response.