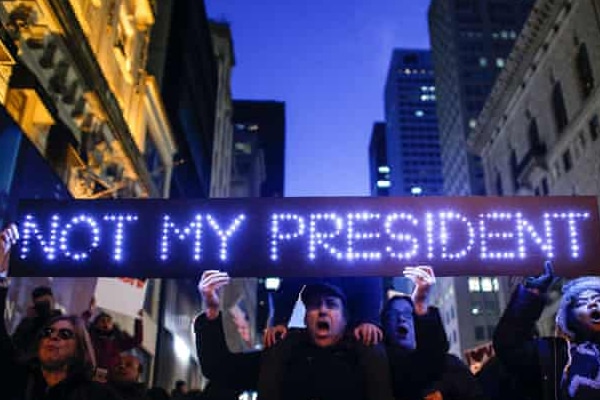 Immediately after Donald Trump assumed the presidency, Rep. Ted Lieu (D-CA) created a “Cloud of Illegitimacy Clock.” This clock tracked how long he believed the president had been violating the Constitution by accepting payments from foreign governments. It’s still ticking on Lieu’s official website.

So, we should expect Lieu to do the same for Joe Biden if he becomes president, right? After all, the Biden family received millions of dollars from companies and individuals entwined with the Chinese government. And the evidence is clear that Biden not only knew about his son and brother’s corrupt dealings but also was set to benefit from them.

Think again. Lieu has defended the Bidens’s shady business ventures abroad. We can only guess why Lieu applies such an egregious double standard, but it’s probably not a coincidence that Joe Biden is a Democrat and Donald Trump isn’t.

Lieu is one of several Democrats who spent the last four years undermining the legitimacy of the 2016 election and even rejecting the outcome. The late Rep. John Lewis (D-GA), for example, called Trump an illegitimate president. Hillary Clinton did the same on several occasions, even saying in August that Biden should not concede the 2020 election “under any circumstances.”

Naturally, the media echoed such claims. Headlines like “It Is Not Undemocratic to Call Trump’s Presidency ‘Illegitimate’” and “Was the 2016 election legitimate? It’s now definitely worth asking the question” became commonplace in prominent, once respected publications.

These voices fomented militant resistance to Trump, encouraging his critics in the streets to declare, “Not my president!”

All of this is bad enough. Even worse is that these same people are the ones now dismissing and ridiculing Republicans who are questioning the results of the 2020 election over concerns of voter fraud.

Perhaps no significant fraud took place to change the outcome of the election — we’ll find out soon through lawsuits and recounts. But what’s clear today is that Democrats, the media, and left-wing activists have absolutely zero moral authority to deride those suspicious of fraud for “eroding democracy” when they spent the last four years undermining democracy themselves, using contrived, baseless conspiracies to try to remove President Trump from office without an election.

Such hypocrisy and double standards of the political left are infuriating — and this is hardly the only example following the election.

Recall how Flynn was made out to be a liar and a traitor for talking on the phone with the Russian ambassador in December 2016, during the transition period to a new administration. The prior month, Trump had tapped Flynn to be his national security adviser, so of course it made sense for Flynn to speak with the Russian ambassador about foreign policy just weeks before the Trump administration assumed power.

And yet, the left used those phone calls to try to destroy Flynn. But not a peep of protest when Rhodes openly proclaims that Biden’s team is already discussing its agenda. It’s almost as if the demonization of Flynn was motivated by politics, not the merits of the case.

The list goes on. What about the hordes of people that gathered in cities across the country to celebrate Biden’s apparent victory? Thousands packed into cramped spaces, laughing, dancing, and partying — and Democrats and the media loved every second of it. There were no condemnations from mayors, no stern wags of the finger from governors, no warnings about “super spreader” events from the media. The coronavirus pandemic must be over then, right?

Wrong. These same Democrats and journalists (I know, same thing) are the ones advocating nation-wide mask mandates and the reimposition of strict lockdowns. They’re the same voices decrying the number of infections across the country and saying we must get used to a “new normal.”

Of course, the exuberant Americans now partying in the streets voted for these policies, supporting the idea that President Trump handled the pandemic carelessly.

Apparently, however, those who champion left-wing causes are immune from the virus. Who knew?

The hypocrisy and double standards don’t end there. Consider how liberal pundits, members of Congress, and former staffers of failed presidential campaigns, all Democrats, have been calling since the election for the creation of lists of Trump supporters and Trump administration officials. The purpose? To ostracize them from society in an effort to destroy their personal and professional lives.

Remember, these are the same self-righteous Democrats who voiced the constant, tired warnings that Trump is an authoritarian trying to supplant American democracy with a Trumpian dictatorship.

But who are the ones calling for Soviet-style “enemies lists?”

Finally, reflect on how there have been virtually no reports of Trump supporters looting, rioting, or committing acts of violence since the election. Where are the right-wing militias marching down the streets?

We were told to be frightened of and watch out for such violent outrage, which never came. But does anyone seriously think there wouldn’t we widespread chaos and violence across America’s cities if Biden clearly lost on election night? It’s obvious this is why cities boarded up, fearing rioting, looting, and arson.

Indeed, the far left — the radicals of Antifa and Black Lives Matter — pose the greater, more realistic threat of violence. And Democrats and their allies in the media refuse to condemn these forces, using Orwellian tricks with the English language to downplay their crimes. Of course, we’re not supposed to pay attention, because all our focus should be on far-right loons.

The hypocrisy and double standards are truly astounding. But because the left controls the flow of information through the media and big tech, Democrats and journalists won’t be called out in any meaningful, consequential way.

In other words, don’t expect to see a new “Cloud of Illegitimacy Clock” on Lieu’s website if Biden is inaugurated.