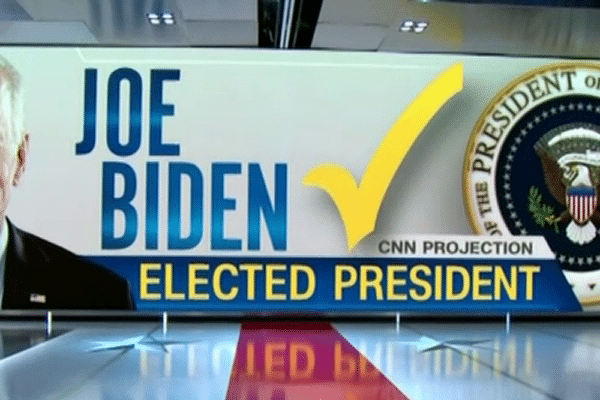 I don’t know who needs to hear this, but here it is: The mainstream media does not select presidents.

And yet, the media and its allies in the Democratic Party are spreading the absolute fiction that Joe Biden is president-elect of the United States. In reality, there is no official president-elect at the moment, just a president — and his name is Donald Trump. Legally, the election is not over.

The election night debacle will likely go down as one of the biggest, most blatant attempts to overthrow a sitting president in American history. I break all of this down in the latest episode of my podcast, “Rob Smith Is Problematic.”

How is it that so many congressional seats flipped from blue to red, yet those same states voted so overwhelmingly for Joe Biden?

How is it that a man so boring and unpopular that he could barely fill parking lots for “rallies” somehow shattered Barack Obama’s record for the most votes ever for a presidential candidate?

How is it that the votes in the deep blue- and Democrat-controlled cities of swing states just so happened to be the ones that flipped those states from red to blue?

Why did some states just stop counting votes around 11 pm on election night when it seemed that President Trump held a comfortable lead? And then how did the president suddenly begin falling behind early the next morning?

There are just too many of these “what ifs” for me to accept. Especially as more evidence continues to emerge from across the country of voter fraud having taken place.

This has nothing to do with being a “sore loser.” The integrity of our election system is at stake here. I will tackle this issue directly on “Rob Smith Is Problematic” and leave no stone unturned.