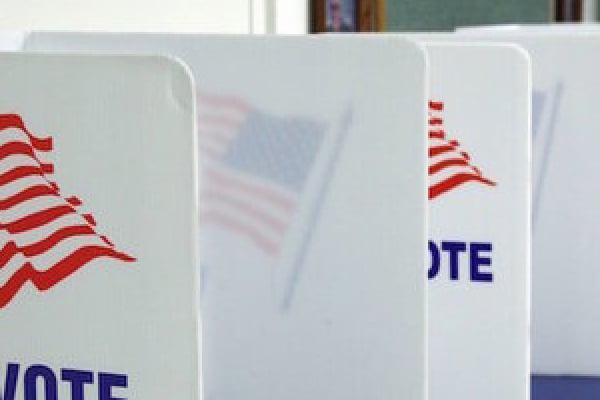 The focus on counting votes for President Trump’s re-election misses the deeper and more frightening part of the current election mess.

It is not primarily President Trump whose rights have been trampled and whose liberty is being threatened. It is the American people’s.

Our constitutional system requires the rule of law for it to survive.

When the Founding Fathers wrote that we are “endowed by our Creator with certain unalienable rights among which are life, liberty, and the pursuit of happiness” they understood that the rule of law was at the heart of protecting those rights.

Equality before the law must begin with equality at the ballot box.

This belief in the importance of voting is what inspired the suffragette movement for women to vote and the Civil Rights movement for African Americans to vote in the 19th and 20th centuries.

The intensity of the presidential election is focusing a spotlight on election law cheating on a scale which threatens the survival of our freedoms.

Whatever happens to President Trump’s re-election we have an absolute obligation to dig into the corruption and the cheating to safeguard every American, not just Trump.  If Democrats stealing the election becomes an acceptable norm, the concept of American freedom will wither and die.

Systemic corruption and vote theft was a major issue in the 19th century. Both Roosevelts –Theodore and Franklin – began their careers as reformers taking on the New York political machines.  A major characteristic of the reform movement after 1900 was its focus on election corruption. Lincoln Steffens’ great work, The Shame of the Cities, outlined step-by-step how sick the system had become.

A wave of election law and civil service reform dramatically reduced the power of machine politicians. While there were pockets of corruption (Philadelphia apparently was never reformed for example) the overall system was reasonably honest.

In 2000, national attention was drawn to the Florida system’s inadequacies and Gov. Jeb Bush drove through a set of reforms which made Florida one of the most honest and accurate voting systems in the country. As John Mclaughlin notes: “They changed the election laws to make it more secure, transparent and traceable. You need to produce voter ID to vote in person.  Absentees are verified. Every voter can check to make sure their vote has been counted.”

Meanwhile, in the last decade, the Democrats have worked to make elections easier to steal. As Andrea Widburg wrote in The American Thinker, Democrats “have steadily chipped away at other election legitimacy gatekeepers, such as identification checks and signature matches.” This made elections in Democrat-run states vulnerable to fraud, Widburg wrote.

Consider two states in which fraud is being imposed on the American people. First, consider what former Nevada Attorney General Adam Laxalt had to say about the Nevada election:

“’Judge Wilson acknowledged the Legislature, which is majority Democratic, reshaped state election law last summer to offer mail balloting to every active registered voter due to the coronavirus pandemic. The law allows challenges of in-person votes, but not of mailed-in ballots.’

“In Las Vegas we have countless examples of loose ballots and bad rolls. We have an avalanche of misdelivered ballots, ballots in the trash, on top of mailboxes, loose in apartment buildings, on the ground. Remember Clark County [won’t] allow observation or challenging of signatures.”

Laxalt even tweeted that one address had received 19 ballots – only one of which was correct.

Further, Laxalt asserts there are more than 600,000 ballots in Nevada which no Republican has been allowed to see. The Democratic governor and legislature set out this spring to set up rules to steal Nevada and at least at this moment they are succeeding.

In Georgia, as Widburg wrote, “The Georgia recount may be as corrupt as the election itself.

“On Friday morning, Georgia began to recount the votes it received on November 3.  However, within a short time, reports came in that the recount process was being conducted with as little respect for transparency as the original vote count.  Without that transparency, this recount is a waste of taxpayer time and money.”

Secretary of State Brad Raffensperger seems intimidated by Stacy Abrams and her multimillion-dollar election project and its high-powered Washington lawyers.

According to Widburg, another “type of fraud involves counting.  Data-crunchers have produced powerful evidence that electronic voting machines in contested states were set to switch votes from Trump to Biden.  Jay Valentine has an accessible rundown of that type of fraud here.  What’s good about computer fraud is that, while it can be hidden on a small scale, on a large scale, it leaves unmistakable clues.  (You can read more about these clues here and here.)  There’s strong evidence that the same pro-Biden code that showed up in Michigan also affected votes in Georgia.”

“The refusal to check signatures or otherwise try to validate mail-in ballots has created hugely anomalous rejection rates. … Not content with removing these fraud controls, Raffensperger also ordered the counties to finish the process by 3 P.M. on Saturday.  Georgia received roughly 5 million votes.  It’s ludicrous to believe they can properly be recounted in one and a half days.  This isn’t a recount; it’s fraud theater.”

Shafer continues: “The Democrats claim the decline was because of training efforts by leftwing groups and new procedures for ‘curing’ rejected absentee ballots.

“Although that may account for some of the decline, I am suspicious that the massive increase in ballots (223,576 in 2018 versus 1,317,912 million in 2020) simply overwhelmed the verification system.”

Yet, according to the consent decree to which the Republican secretary of state voluntarily agreed, none of these ballots can be challenged based on errors.

The American people deserve a system which is open, transparent, and reliable. They need to know that every legal vote will be counted and every effort at cheating will be stopped.

The American people deserve to have this counting process continued until it is clear every questionable ballot has been reviewed.