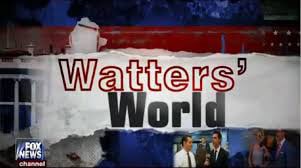 Newt: “This is a fraud. The numbers don’t make any sense. I began writing about this about 3 months ago. Republicans focus on campaigns; Democrats focus on elections. ”

I think you pretty well nailed it. This is a fraud. The numbers don’t make any sense. I began writing about this about 3 months ago. Republicans focus on campaigns; Democrats focus on elections. Nancy, the speaker, sent a signal when they introduced H.R.1. at the very beginning in 2019. Because H.R.1 was an outline of how to steal an election. I’ve done several podcasts about it. If you look step by step, even though they haven’t been able to pass it. Different places have done this. I just learned today that the Republican secretary of state in Georgia signed a consent decree that does not allow us to check and verify absentee ballots. How insane is that? You go through item after item. What they were doing is simple. Everybody gets to vote as often as they want with no identity as late as they want including after the election. And all of it will be covered up so that nobody will know what happened. That’s the heart of the democratic party’s election manual. And we are watching it play out in Atlanta. And notice they are always big cities, Atlanta, Philadelphia, Pittsburgh in Detroit, in Milwaukee. All these things are coming out exactly the same. In Nevada the whole state was involved because the governor and the democratic legislature passed a series of rules — I’ve been told by the former attorney general Adam Laxoff that there are 600,000 ballots in Nevada that no Republican has ever seen. This has to be, people shouldn’t give up until every ballet has been looked at by two human beings. One Republican, the other a Democrat. And we find out how many holes there are in the system. And frankly in five of the six states that are contested, you have Republican legislatures, and they ought to spend early next year changing election laws for the future and eliminating this stuff. But it also proofs if I might, how the Georgia Senate race is important because if we get senators Perdue and Loeffler and McConnell is in charge of the senate, we’ll be able to continue to reform things. If they win with their two radical candidates and Schumer is in charge, they will pass a national bill to make the whole country behave in the crazy way these cities have.

I have been active in the Republican party for a very long time. So, I think I can say with some knowledge, Republicans play badminton, Democrats play pro football. You know, frankly I don’t understand why every one of these legislatures is not demanding to be called back into session. I’m told that Governor Kemp refuses to call a special session. I can’t for the life of me understand why a Republican governor would preside over massive theft and do nothing to stop it.