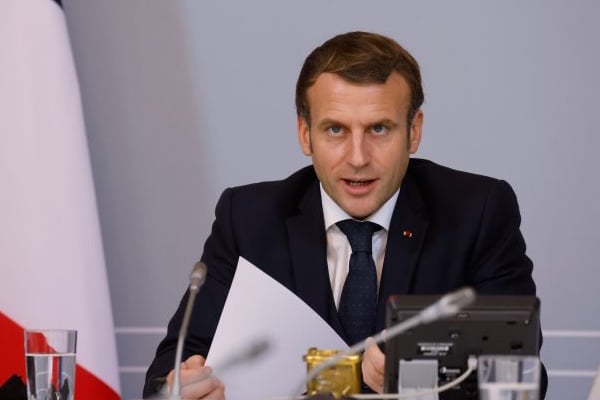 Emmanuel Macron is right to be upset — and a bit bewildered.

Since the French president took a public stand against Islamic extremism early last month, the Western media has portrayed him as an “Islamophobe.”

And for what? In a major speech, Macron announced a plan to end “Islamist separatism,” warning that a minority of France’s roughly 6 million Muslims were forming a “counter-society.”

This is indisputably true. For decades, France has allowed large-scale immigration from Africa and the Middle East, without encouraging any of the newcomers to integrate. A powerful minority has established so-called no-go zones, which are nothing less than foreign enclaves on French territory.

Noam Anouar, a police officer who infiltrated Islamist circles, recently wrote a book on the subject.

“They consider themselves at war with France and with Western civilization,” he says of the gangs operating in these areas. “They act in cooperation with Islamist organizations, and define acts of predation and rampage as raids against infidels.”

The wonders of multiculturalism at work.

In the weeks since Macron’s speech, he has backed up words with actions, to the surprise of many.

France has also been under attack during the same period. A French schoolteacher, Samuel Paty, was beheaded for showing cartoons of Mohammed during a class on free expression. Days later, a Muslim migrant killed three people in a basilica in Nice. The attacks have been frequent and brutal.

The Western press has had little sympathy, often portraying Macron’s efforts as an assault on Islam and all Muslims. Some outlets have published op-eds explicitly blaming the victim for the recent terrorist attacks.

Hence Macron’s anger in a recent interview with the New York Times.

“Several newspapers which I believe are from countries that share our values — journalists who write in a country that is the heir to the Enlightenment and the French Revolution — when I see them legitimizing this violence, and saying that the heart of the problem is that France is racist and Islamophobic, then I say the founding principles have been lost,” Macron told Ben Smith, the Times’ media columnist.

The French president noted that the American media has been especially egregious. He probably assumed journalists would back him against Islamic extremists. Apparently, he was wrong.

The lack of support extends beyond journalists. Since his speech, Macron has been left looking to his left and to his right, wondering where in the world his support is among Western allies.

Nowhere to be found is the answer, buried under layers of cowardice and political correctness.

Few Western leaders have defended Macron, afraid of being labeled “Islamophobic” and provoking terrorist attacks. So, they’ve left their French comrade alone to be demonized by both leftists and Islamists. Where is Germany? The United Kingdom?

In Pakistan, it has been routine over the last month or so to hold massive protests against France, with Islamic clerics calling for jihad — and even some advocating the use of nuclear weapons. Even Pakistani journalists are calling for Macron’s death. One offered 50 million rupees for “whoever chops off the head of the accursed French president.”

Such voices only get encouragement from the likes of Turkish President Recep Tayyip Erdoğan and Pakistani Prime Minister Imran Khan, leaders in the so-called Muslim world who have pilloried Macron.

No one is eager for that kind of backlash — understandably so. But that doesn’t detract from the shame of not doing what’s right simply out of fear. And on a practical level, supporting or condemning Macron is not going to save anyone from radicals who believe in Islamic supremacism. To them, there are two choices: convert or die.

Some commentators in America are portraying Macron as a bigot who sees good Muslims and bad Muslims. And the good ones fully adhere to French secularism and abandon their faith while the bad ones remain faithful.

This is nonsense. To Macron, a “bad Muslim” is someone who beheads people after pledging allegiance to ISIS or some other jihadist group — and anyone who supports their actions. That’s not a high bar.

Yet, to the supposedly enlightened West, especially our journalists, it somehow is.