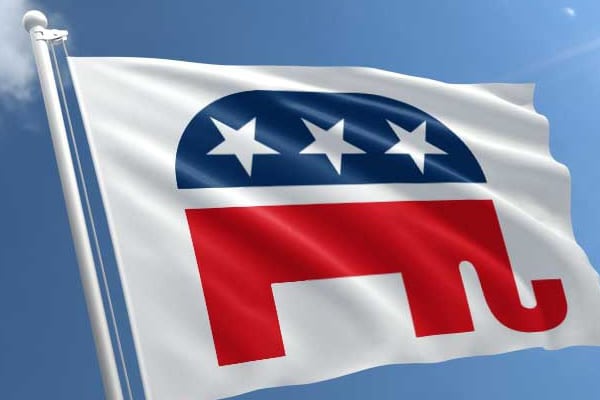 A funny thing happened on the way to the blue wave – it disappeared.

Former President Barack Obama and former Attorney General Eric Holder had spent years raising money to win the fight for state legislators, so Democrats could gerrymander the US House for the next decade. Lisa Nelson, the head of the American Legislative Exchange Council (ALEC) estimates that Democrats outspent Republicans by at least 3:1 in state legislative races.

The leftwing propaganda media spent months talking about the coming blue wave, and the crushing of the GOP in an anti-Trump tide.

The big internet companies censored conservatives and Republicans with greater and greater frequency as the election came closer.

Yet, when the elections for state legislators were over, the Republicans had created a populist, grassroots tsunami which defeated the Democrats and set the stage for a decade of creativity at the state level.

Republicans now have a majority in both houses of 31 states and have the state senate in Minnesota. Minnesota is the only state with split control of the legislature and is a good example of the frustration Democrats are feeling after their blue wave evaporated. The state’s Democratic Farmer Labor party spent $18 million dollars trying to win the state senate and came up empty.

The Democrats have legislative control in only 18 states.

Some of the local contests were even more vividly one-sided in favor of the red tsunami.

I just did a fascinating podcast with Edith Jorge-Tuñón, the political director of the Republican State Leadership Committee (one of my favorite GOP organizations because of its effectiveness per dollar spent).

She cited Iowa and Texas as two great case studies of the failure of the Democrats to create a blue wave.

Iowa was enormously competitive at every level this year. The Democrats’ effort to defeat Sen. Joni Ernst was massive (and failed). In US House races, the Republicans gained one decisively and kept the seat they already had. The Democrats dropped from three seats to one. In the last district, as I write, Republican Mariannette Miller-Meeks is ahead by six votes in the closest election for the House since 1984.

In Texas – the second most populous state in the country and a state Democrats convince themselves every two years they are about to win (remember Beto O’Rourke and his massively expensive senate campaign against Ted Cruz) – Democrats were sure they’d have a shot at the suburban seats in major cities such as Dallas, Houston, and San Antonio. When the campaign was over, Democrats faced an epic failure. They spent millions to net zero seats. Republicans held the line in all but one seat, nine of which were Beto wins in 2018. Furthermore, Republicans picked up one seat from the Democrats. So, after all their effort, the Democrats had to regard this campaign as an enormous waste of money.

The red tsunami was created because the American people rejected the radicalism of the Democrats, and a new generation of Republican candidates brought new energy, ideas, and supporters to the GOP.

In Arizona, Republican women candidates had a 60 percent success rate and made up about 36 percent of the total Republican winners.

Nationally, in the US House, the impact of women candidates was enormous. In an upcoming podcast I am interviewing Rep. Elise Stefanik who led the effort to recruit and elect the largest number of House Republican congresswomen in history.

Every Republican can take some confidence in these tumultuous times that at the grassroots and in the states there is a Republican tsunami building which is going to overwhelm the imagined blue wave and create dynamic opportunities in 2021 and 2022.