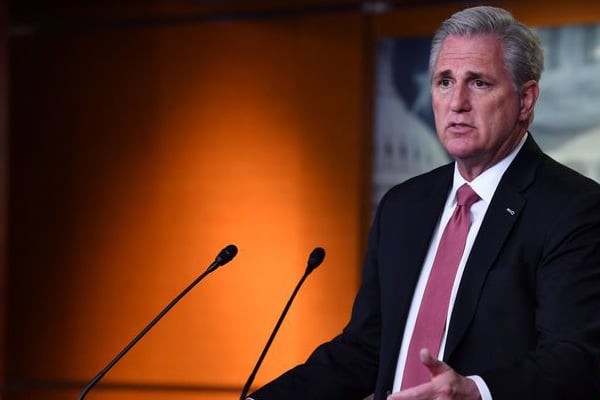 Earlier this week, we asked readers “How would you rate Kevin McCarthy as a Republican House leader?” on a scale of 1 to 5, with 1 being poor and 5 being excellent. The verdict is in after a total of 289 votes were cast.

McCarthy’s leadership in the House received a mostly favorable response. Over half of the respondents gave McCarthy a 5 and rated him as “Excellent,” totaling 64.01 percent (185 readers) of the vote. Another 22.84 percent (66 readers) awarded him a 4 as a “good” leader.

Serving in Congress since 2007, many Republicans look to Kevin McCarthy as a main figure in the future for the party. His experience as Majority Leader and as current Minority Leader in the House demonstrates a proven track record in guiding the Republican party. It will be interesting to see McCarthy’s position over the next few years as Democrats hope to retain control of the House leading up to the 2022 elections.