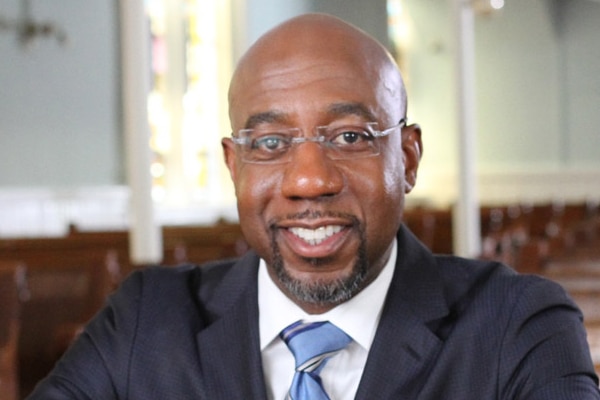 Sen. Kelly Loeffler has asserted that Raphael Warnock is “the most radically liberal candidate we have seen in this country for Senate.”

Is that just a political charge in a heated campaign, or is Warnock more radical than liberal?

Here is his record. You decide.

Betsey McCaughey, for the New York Post reported on Dec. 8:

“At the debate, Warnock didn’t deny he wants to eliminate cash bail and empty the prisons. He promoted the false narrative that police disproportionately kill blacks more than whites suspected of the same crimes. When Loeffler warned that Warnock would raise Georgians’ taxes to fund the Green New Deal and a government takeover of private health insurance, he didn’t deny that either.”

Also in that debate, Warnock refused to answer whether he’d support adding seats to the US Supreme Court to undo President Donald Trump and Senate Majority Leader Mitch McConnell’s judicial achievements, saying, “I’m not really focused on it.”

As McCaughey responded: “Huh? You’d have to be on Mars. Ducking the question clearly means he will. When Georgia’s Senate race ended inconclusively on Nov. 3, Democratic Sen. Chuck Schumer gloated, ‘First we take Georgia, then we change America.’”

After all, this is the same person who, during a sermon he was giving, proclaimed that “nobody can serve God and the military.”

Warnock’s attitude toward those who protect us abroad is as negative as his view of the men and women who protect us at home. He has called police officers “gangster and thugs” and proclaimed the police were a threat to our children.

Like so many on the Left – as I wrote in my latest book Trump and the American Future – Warnock demonizes police and idolizes criminals. At the same time that he is denigrating law enforcement, he wants to end cash bail to let people who are arrested and charged with crimes like theft, trespassing, vandalism, public drug use, and public urination be immediately released back into the streets.

This is a threat to the public’s health and safety and a waste of police resources and effort. But it is also harmful to the health and safety of the people he is claiming to help. If you have an addiction that has led you to live a life of crime on the streets to fuel it, the last place you need to be is back on the streets. If Warnock really wanted to help people who are battling addiction, mental illness, and poverty, he would support keeping cash bail so these people could be more quickly integrated into special drug or mental illness courts so they can get real help.

Warnock would also help Schumer radically change laws protecting the unborn. In a tweet on Dec. 8, Warnock wrote “I am a pro-choice pastor”. In fact, his radical abortion position goes far beyond simply being pro-choice. As the Atlantic wrote, Warnock “opposes all abortion restrictions.” Think about what that means. It means on-demand abortion, regardless of the viability of the unborn child – and regardless of the term of the pregnancy. It means abortions up to the point of birth. Abortion has been a hotly debated topic in America for decades – but Warnock’s no-restrictions approach is far more radical than the typical pro-choice position.

Beyond abortion, Warnock’s core philosophy is partly – and explicitly – racist (emphasizing the sins of “white America”). And it is partly Marxist (emphasizing what he considers inherent problems of capitalist society). He embodies the radical left’s focus on race, sex, and redistribution of wealth.

As he said during a sermon in June 2017 – which was shared on social media this week – “this country is every bit as sexist as it is racist.”

In the sermon, Warnock went on to say:

But Warnock doesn’t save all his vitriol for white Americans. He has criticized black Americans who have dared to be successful. Warnock told NPR’s Michel Martin in 2014 that the “black church” and many black Americans have “too often given in to the kind of narcissism and mindless consumeristic impulses of America without asking the hard questions about the distribution of wealth, about the broadening chasm between the haves and have nots.”

In other words, he believes that any black American who is successful is mindless and narcissistic. Instead of working hard to provide a good life for their families, they should be trying to topple the system which has helped them prosper, according to Warnock.

And finally, Warnock is unabashedly anti-American, and anti-democracy. He has claimed that America’s human rights record is worse than China or Iran.

Keep in mind that right this moment, there are millions of racial and religious minorities locked in concentration camps in the Xinjiang area of China. They have been there for years, forced to create goods for China’s government-owned companies, and made to take “re-education training” to utterly erase their cultural and religious beliefs. Iran’s regime entirely outlaws freedom of expression, assembly, or criticism of the government. It regularly uses lethal force to simply kill citizens who speak against the regime. Warnock believes these countries are more civil than America.

Warnock also publicly praised the violent life and legacy of Cuban dictator Fidel Castro in 2016 – and called Israel an apartheid state from his pulpit in 2015.

No matter what the mainstream liberal media is trying to tell Americans on behalf of the Warnock campaign and the national Democrats, there is nothing moderate or typical about this candidate.

Warnock is indeed the most radical candidate for US Senate we have ever seen. If he wins, there will be many more to come, and America will indeed be changed – into something much worse.