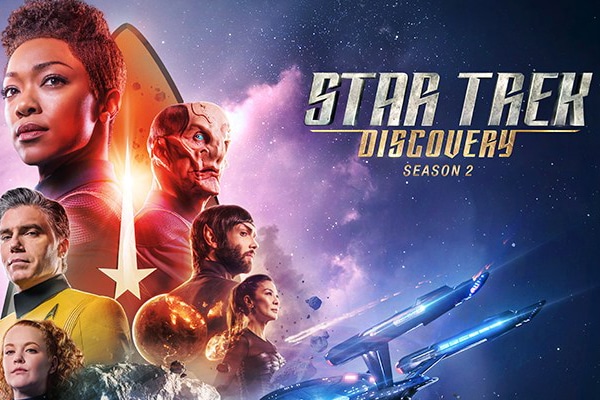 I grew up watching Star Trek. I watched the original series on reruns as well as the “Next Generation” and subsequent series that were launched in the ‘80s, ‘90s, and ‘00s.

I was originally attracted to the special effects, science geekiness, and spaceships that go “pew, pew” and occasionally blow up. But as I got older, I became aware of the quality of the writing and how many episodes were intended as commentary on contemporary societal issues.

For example, in the original series episode, “A Private Little War,” the Enterprise discovers that the Klingons have been arming a tribe on a primitive planet with advanced weaponry. Kirk has previously visited the planet, which he considers an idyllic paradise, and is friendly with another tribe of people who are incapable of defending themselves against their heavily armed rivals. When the wife of Kirk’s friend is killed, his friend demands that Kirk supply them with weapons of their own. Kirk is faced with an impossible choice: Allow the slaughter of innocent people and the Klingons to gain influence, or embroil the Federation in a proxy war that could spiral out of control and destroy the planet. He eventually decides to provide the weapons but acknowledges his choice will eventually destroy the paradise he once admired so much.

This allegory about the perils of the United States’ involvement in the Vietnam War is an example of what the show did so well. Many other episodes from all the Star Trek series follow a similar allegorical approach, tackling issues like civil liberties in a time of war, racial justice, and workers’ rights. Some episodes are a little more in your face about the writer’s opinions, which usually slant left, but they generally take some time to show the main characters struggling with the dilemma presented to allow viewers to draw their own conclusions.

I bring up this tradition of political allegory in Star Trek because the latest offering in the franchise, called Star Trek: Discovery, is being criticized in some circles for being too political.

I think this criticism is off-base. The problem with Discovery isn’t that it is too political, or even too liberal. Its problem is that it is too woke.

One of the hallmarks of wokeness is an overwhelming sense of moral superiority that leads to shallowness. The woke warriors don’t believe in rebutting opposing points of view – only rebuking them. In the woke dogma, to even debate the merits of the other sides’ perspective is to legitimize evil.

As wokeness has replaced liberalism in the commanding heights of our popular culture, the possibility of the sort of thoughtful allegory that made previous iterations of Star Trek so relevant has gone out the window. Spending any sort of time exploring an issue would necessitate presenting multiple sides, which is a betrayal to woke ideology. So, instead of allegory, we get a drive-by approach to contemporary social issues that is jarring and confusing instead of thought provoking. And sometimes it is so poorly executed that the effort backfires or descends into farce.

For instance, this season of Discovery introduces Adira, a non-gender binary human teenager joined with a symbiotic life form that carries with it all the memories of its previous hosts – including those of Adira’s transgender former boyfriend, who she can see and speak with, even though he is dead.

(You may want to reread that last sentence to process it all.)

In last week’s episode, Adira takes time to inform her crewmates on what pronouns they should use: “I prefer ‘they’ or ‘them,” Adira tells her mentor, Commander Stamets (who, by the way, is gay). He responds with warmth and acceptance, demonstrating that in the future, humanity has finally overcome the great pronoun wars of the early 21st century.

The shear mass of this much identity confusion packed into a single character creates a black hole from which nothing can escape. By making Adira both non-binary and the carrier of multiple people’s memories and consciousnesses, it is not clear if “they” and “them” are used because Adira is not a specific gender or because Adira is a plural being.

Maybe the writers though they were being clever. Maybe they intended Adira’s story of having all these different personalities inside of her as a sort of metaphor for what it is like to not identify as male or female. But the resulting mess just demonstrates how confusing the left’s pronoun games have become. And by having Adira regularly conversing with a person nobody else can see or hear, they reinforce the idea that transgender and non-binary people have a mental illness akin to schizophrenia or multiple personality disorder.

Another example of gratuitous wokeness in today’s Star Trek can be found in the 2016 movie Star Trek: Beyond, which features the original series characters in a different timeline. For some reason, in this new timeline, Lt. Sulu, who was straight in the original series, is now portrayed as gay. This switch is never explained. We only learn of it in a two second scene where you see him kissing his husband.

Once again, this drive-by wokeness backfires. If our sexual orientation really is immutable and we are “born this way,” why would the same person in a different timeline have a different orientation? (The actor who portrayed Sulu in the original series, George Takei, who is himself gay and a LGBT activist, was upset at this decision, perhaps understanding what a confusing message it presented.)

It’s worth noting that Star Trek has previously tackled issues of gender and sexual identity with more success. In the Star Trek: The Next Generation episode, “The Outcast,” the crew of The Enterprise visit the J’Naii, a species who are genderless. The episode centers around the relationship between Commander Riker and one of the aliens, named Soren.

In one scene, Commander Riker refers to one of Soren’s colleagues as “he.” After being reminded that term is not correct, he says expresses his frustration. “I give up. What should I use? It? To us, that’s rude.” Soren responds that the J’Naii use a neutral pronoun, but there is no translation. “Then I’ll just have to muddle through. So, forgive me if a stray he or she slips by, okay?”

As Riker and Soren spend more time together, he notices they have strong chemistry. Soren eventually comes out as female to Riker, and they begin a secret affair. It must be kept secret because on this planet, gender is outlawed. All those who display gender are required to undergo treatment.

Clearly, the episode is an allegory to make a case for LGBT rights. The episode debuted in the early 90s when the cause of gay rights was not in the mainstream, and by inverting what is considered normal, the viewer is invited to better empathize with the plight of those who are different.

But it’s the surprising ending that makes this one of the better examples of Star Trek tackling a contemporary social issue.

Eventually, the affair is discovered, and Soren is captured by authorities. During her trial, Commander Riker tries to take the blame for the affair, but Soren won’t let him. She passionately denounces the J’Naii’s repressive society and unambiguously declares herself female (in other words, she says it loud and says it proud).

This would normally be the point in the episode at which the power of the protagonist’s words moves the arc of the universe towards justice. But the response from the tribunal is surprising. Instead of admitting the error of J’Naii society, they congratulate Soren for admitting she has a problem, because this means the treatment is more likely to be successful. She is taken away to a facility to begin the therapy.

Outraged, Commander Riker decides he will risk his career to attempt a daring rescue. He succeeds in overpowering Soren’s guards only to learn that he is too late: the treatment has already been applied, and it is very effective. Soren is grateful for the treatment and tells Riker she does not want to be rescued or to have the treatment reversed. Commander Riker leaves, crestfallen.

The ambiguous ending is powerful precisely because of its lack of explicit moral takeaway. By making the treatment effective, and Soren grateful for having been forced to receive it, the story makes the viewer think much harder about the ethics of what was done to her by her own government. Was it still wrong, and if so, why? Also, has Soren been cured or brainwashed? And in the context of what is considered normal in a society, what is the difference?

It also makes you think about the appropriateness of Commander Riker’s actions – from agreeing to begin the affair with Soren in the first place, to trying to interfere on her behalf. How should we behave while interacting with cultures that are different than our own even if we find them repressive?

This willingness to let the viewers come to their own conclusions is the difference between the smart political and social allegory of the Star Trek of my youth and the shallow wokeness of today’s installments.

I still enjoy today’s Star Trek, including Discovery. But it’s mostly for the same reasons I enjoyed it as a child. Lots of spaceships still go boom.

Sadly, thought provoking allegory for contemporary issues is no longer part of the appeal. Perhaps that will change in time for the next generation to discover this once-great franchise.