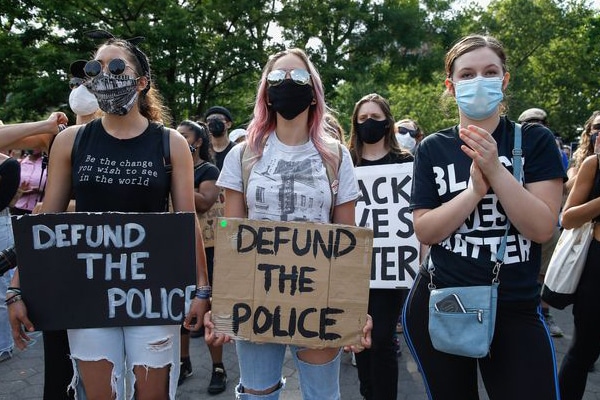 Joe Biden told a group of African-American leaders, in a leaked audio clip, not to talk about defunding the police before Jan. 5 because they know that that hurts Democrats politically in the Georgia runoff.

Audio from Joe Biden on avoiding “Defund the Police”:

One of the things I’d be concerned about just as was pointed out to me that you wanted me to be concerned, Derek, I think it was, you said it about, you know dealing with Villsack as in in terms of of agriculture. Well, first of all, you can learn more about Villsack record, but my point is this, I don’t think we should make that a big issue going into before January 5th when the election takes place down in, in Georgia. But I also don’t think we should get too far ahead of ourselves on dealing with police reform in that, because they’ve already labeled us as being defund, the police, anything we put forward in terms of the organizational structure to change policing, which I promise you will occur. Promise you, just think to yourself and give me advice.

Whether we should do that before January 5th, because that’s how they beat the living hell out of us across the country saying that we’re talking about the funding, the police, we’re not, we’re talking about holding them accountable. I just raise it with you to think about how much do we push between now and January 5th. We need those two seats about police reform, but I guarantee you, there will be a full blown commission. I guarantee you it’s a major, major, major element. And as Reverend Al said, I was, I was a pain in the to everybody except him. When we did the commission before, I didn’t think we went far enough. We can go very far. It matters how we do it. I think it matters how we do it.