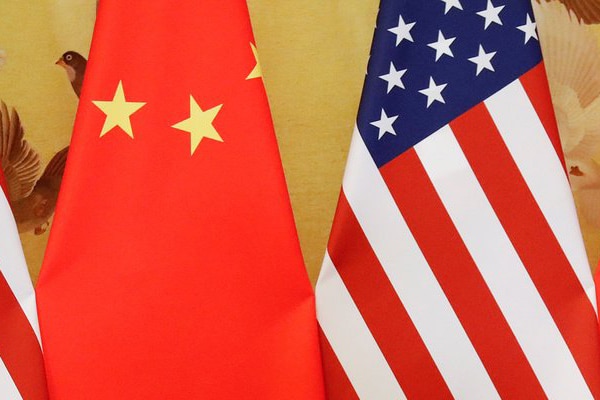 The United States is close to being dominated by companies and wealthy individuals who are deeply indebted to – and afraid of – the Chinese Communist dictatorship.

I learned some of the depth of Chinese domination a few years ago when a former Bloomberg News reporter told me how their investigation into corruption in China was stopped when the Chinese dictatorship threatened to take out all the Bloomberg computers if they did not stop the investigation. Those computers are worth about a billion dollars a year in revenue. So, I was told Bloomberg opted for dollars over the truth. The bluntness and directness of the Chinese dictatorship and the meekness of a giant American company led by a billionaire then-mayor of New York sobered me.

Then, I much later learned that China had given millions to the University of Pennsylvania while that university was hosting a Biden Center – which focused on “diplomacy and global engagement.” All information about the donations and where they went are secret as most universities simply refuse to share the facts with their own government. They are functionally more pro-dictatorship than pro-democracy.

Steve Krakauer in his always informative Fourth Watch newsletter wrote this week about even more examples of the growing Chinese domination of the American system. It is worth quoting at length:

“Ben Smith’s latest must-read New York Times Sunday media column focuses on Apple, and the way executives, as high as CEO Tim Cook, are clashing with the editorial and entertainment side of Apple TV+. One line that stuck with me was quoting one of the most senior executives, Eddy Cue, who is reported to have said, “The two things we will never do are hard-core nudity and China.” Meaning – do not make TV content that pisses off China.

“We also learned last week, thanks to a jaw-dropping report in Axios, about Chinese spies who targeted politicians in China and across the country, including ‘honeypot’ type scenarios with mayors and congressmen. One of the big takeaways – the lead image in the story – was about how Rep. Eric Swalwell, one of the most ubiquitous faces on cable news across the dial over the last few years, was deeply connected to one of the spies for several years. The story was barely touched by the broader media – a few segments on CNN and MSNBC, nothing on the broadcast networks and no coverage in the New York Times.

“When Swalwell was asked about it during a CNN appearance last week, he offered a general denial of wrongdoing and was barely pressed by host Jim Sciutto. What was not disclosed by Sciutto during this interview was what Scuitto’s job was before he joined CNN in 2013. He previously spent two years in the Obama administration as the Chief of Staff to the US. Ambassador to China Gary Locke, in Beijing. This occurred during the same time the China spy in the Axios story was making her way through the U.S.”

The Chinese Communist strategy for dominating America – and the arrogance with which they now discuss it publicly – was captured in a recent speech in Shanghai by Di Dongsheng, the vice dean of the School of International Relations at Renmin University of China and vice director and secretary of the Center for Foreign Strategic Studies of China. (translated by Jennifer Zeng):

“Why did China and the U.S. use to be able to settle all kinds of issues between 1992 and 2016? No matter what kind of crises we encountered, be it the Yinhe incident, the bombing of the embassy, or the crashing of the plane, things were all solved in no time, like (a couple) do with their quarrels starting at the bedhead but ending at the bed end. We fixed everything in two months. What is the reason? I’m going to throw out something maybe a little bit explosive here. It’s just because we have people at the top. We have our old friends who are at the top of America’s core inner circle of power and influence.”

“Okay, so in fact, that is to say, to put it bluntly, for the past 30 years, 40 years, we have been utilizing the core power of the United States.

“As I said before, since the 1970s, Wall Street had a very strong influence on the domestic and foreign affairs of the United States. So we had a channel to rely on. But the problem is that after 2008, the status of Wall Street has declined, and more importantly, after 2016, Wall Street can’t fix Trump. It’s very awkward. Why? Trump had a previous soft default issue with Wall Street, so there was a conflict between them, but I won’t go into details, I may not have enough time.

“So, during the US-China trade war, they (Wall Street) tried to help, and I know that my friends on the US side told me that they tried to help, but they couldn’t do much.

“But now we’re seeing Biden was elected, the traditional elite, the political elite, the establishment, they’re very close to Wall Street, so you see that, right?

“Trump has been saying that Biden’s son has some sort of global foundation. Have you noticed that?

“Who helped him (Biden’s son) build the foundations? Got it? There are a lot of deals inside all these.”

We now face a truly existential threat of a totalitarian dictatorship seeking to dominate America. Claire Christensen and I warned about this in Trump vs. China in 2019. Now, we are seeing it become more and more obvious.

But these recent examples are only some of the more amazing aspects of Chinese Communist dictatorship’s penetration of our society.

Every serious American who wants to make sure our economy, government, and future doesn’t belong to China should be watching this closely.