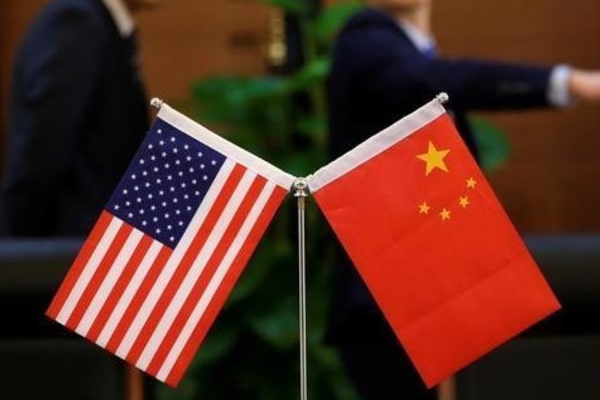 The US and China are competing for global influence, and Beijing’s pitch to the world is simple: Choose us, and through economic development, we’ll make you rich more efficiently. Plus, the pitch continues, we don’t care what you do inside your own borders; just don’t question what we do either, follow our rules, and we all prosper.

This message is appealing to developing countries, which want more money, and non-democratic countries, which don’t want to be bothered about democracy and human rights. But even Western countries can be seduced by Chinese money and talk of major infrastructure projects.

Of course, seduction can be fleeting. Results are what matter in the end. And this is where China should be worried: Empirically, we’re seeing that China’s pitch doesn’t work as well as it sounds.

Just look at the Belt and Road Initiative (BRI), an ambitious Chinese enterprise to integrate Eurasia (and Africa) by building and financing roads, railways, and pipelines by land and ports by sea. The goal is to connect dozens of countries from east Asia to western Europe, with all roads ultimately leading to Beijing.

But there’s a problem: Things aren’t going according to plan.

“Lending by the Chinese financial institutions that drive the Belt and Road, along with bilateral support to governments, has fallen off a cliff,” the Financial Times reports. “Beijing finds itself mired in debt renegotiations with a host of countries.”

According to the researchers, lending by the China Development Bank and the Export-Import Bank of China plummeted from $75 billion in 2016 to just $4 billion last year. Both banks are directly controlled by China’s State Council, the rough equivalent to an American president’s Cabinet, making them tools of the Chinese government.

This shift has occurred in part because of a basic flaw in the BRI: China loans money to several countries that can’t repay their debts. Yes, this buys Beijing influence (and potentially subservience), but it’s an unsustainable economic model, especially when many of the infrastructure projects don’t even get built as planned.

But this isn’t the only reason. China is also lending less because of tensions with the US under the Trump administration and more restricted access to overseas markets for Chinese companies. Plus, Beijing is focusing more resources domestically than on overseas investments.

Such a sharp reduction in lending by the Chinese banks could be disastrous. As the Times notes, if the drop persists, it will “exacerbate an infrastructure funding gap that in Asia alone already amounts to $907 billion a year,” according to estimates by the Asian Development Bank.

In other words, far more money is needed than is available.

The BRI is the face of China’s pitch to the world, a way of benignly branding its global activities. And it’s failing.

More importantly, the BRI is central to China’s vision of global order — what it presents to the world as the Chinese alternative to an American-dominated system.

Xi has been clear about China’s objectives. In 2017, he told the 19th National Congress of the ruling Chinese Communist Party that China will be a “prosperous, modern, and strong socialist country with a world-class military.” He added that, by 2049, China will “become a global leader in terms of composite national strength and international influence” and build a “stable international order” in which it can achieve “national rejuvenation.”

What does this mean without the vague, flowery language? Xi answered this question in 2013, when he first delivered a speech to the Communist Party’s Central Committee that was only translated in full last year.

China must focus on “building a socialism that is superior to capitalism,” he said, “and laying the foundation for a future where we will win the initiative and have the dominant position.”

In short, the goal is to supplant the US and the global order it leads.

And on this path to dominance, China is “blazing a new trail for other developing countries to achieve modernization,” to quote Xi’s speech from 2017.

Indeed, China is offering “a new option for other countries and nations who want to speed up their development while preserving their independence; and it offers Chinese wisdom and a Chinese approach to solving the problems facing mankind.”

It’s no coincidence that Xi described this vision for developing countries just five months after calling the BRI “a project of the century,” an endeavor that would be nothing less than a transformative geopolitical earthquake. The BRI is part of China’s vision for the world, one dominated by Chinese rules.

Other countries should be troubled that Beijing uses opaque, often corrupt economic deals to bring countries under its influence and away from the democratic West, in the process leaving countries beholden to Chinese creditors.

But that’s hardly the worst of it. Consider China’s brazen bullying of American allies (most recently Australia), its imperial expansion in the South China Sea and elsewhere, its cultural genocide against Uyghur Muslims, the Chinese police state with suffocating mass surveillance.

China is a cruel bully — a clever, sophisticated one, yes, but ultimately just a bully. A world dominated by such a force would be dark and brutal. China’s leaders seek a system in which countries bend to their will and obey. True, their pitch sounds mutually beneficial, but it’s a façade hiding a nefarious underside.

The US must expose this underside but also show other countries that the Chinese vision doesn’t work. Just look at how the BRI is failing now. Or how China’s seemingly strong economic data is often misleading, even outright false.

The American system is far superior to the Chinese one, not just morally but also empirically.

But if America doesn’t have self-confidence and the will to confront China, then none of these strengths will matter. In this way, Joe Biden will be put to the test. For the sake of the world, he can’t be complacent.