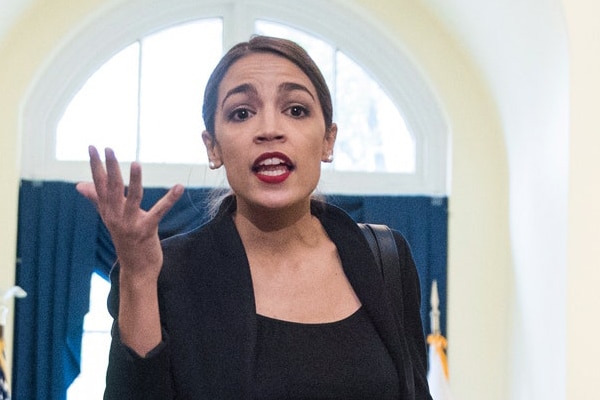 Alexandria Ocasio-Cortez statement tells you how the hard left is dissatisfied is with Nancy Pelosi. I suspect it will cause Nancy Pelosi to look over her shoulder.

The story that Alexandria Ocasio Cortez said that it was time for her Speaker, Nancy Pelosi, and Senate Minority leader Chuck Schumer to go was fascinating. She says, “I do think we need new leadership in the democratic party. I think one of the things I’ve struggled with, I think that a lot of people struggle with is the internal dynamics of the house has made it such that there are very little options for succession”. She points out that Pelosi is now 80 years old. What’s fascinating is, and I tweeted about this, if Ocasio Cortez and her close friends, they associated the so-called “gang” actually collectively refuse to vote for Nancy. She probably could not get the votes to be Speaker because their margins now so small, and this of course, is why she has also not been able to act on Swalwell, the Democrat who had a relationship with a Chinese spy because she needs his vote. But I think it’s fascinating and it tells you how already the hard left is dissatisfied. And if you think Nancy Pelosi is either too timid or too moderate, you can imagine how bad these people would be if they ever get power. So it’s just a fascinating turn of events and one which I suspect causes Nancy Pelosi to look over her shoulder and wonder just how big the anti Pelosi votes going to be on January 3rd when they come back in session because she has to get to 218 to be Speaker.