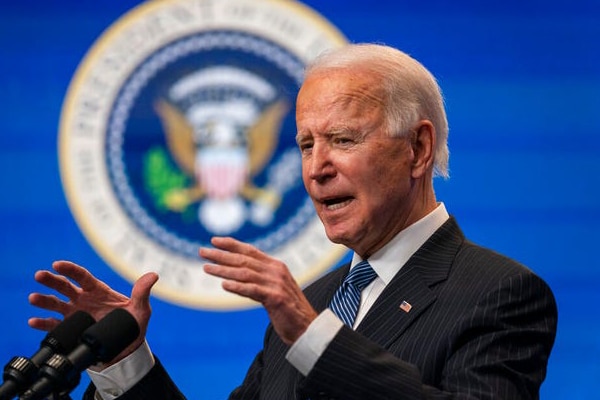 Joe Biden and his defenders would like you to think he’s the man to bring Americans together — the moderate savior who will unify us.

But there’s a problem: It’s clear that Biden, his team, Democrats in Congress, left-wing activists in the streets, and anti-Trump elites on both sides of the political aisle aren’t really interested in unity.

If they were, they’d be seriously asking why 74.2 million Americans voted for Donald Trump in 2020 — a record number for an incumbent president. They’d also be examining in a humble, earnest way what about President Trump and his views excited and attracted so many of their countrymen.

But Democrats and anti-Trump Republicans aren’t asking these questions in the aftermath of the election — and therefore aren’t taking away the right lessons.

Instead, they’re trying to eradicate Trumpism and all its vestiges from American life — even those aspects that appealed to millions of people who previously voted for Democrats.

Indeed, the anti-Trump resistance considers Trump’s presidency a dark chapter in American history to be forgotten. And in a bid to erase the last four years, prominent, supposedly respectable people are demonizing Republicans, Trump’s supporters, and of course the president himself.

If Biden truly wanted unity, then he’d condemn such behavior. But he hasn’t, presumably either because he endorses it or out of fear of alienating his Democratic base. Regardless of the reason, in such a divided America, calls for bipartisanship won’t resonate without bold action, which Biden seems unwilling to take.

True, Biden has called for Americans to come together and expressed a willingness to work with Senate Majority Leader Mitch McConnell. At the same time, however, he hasn’t stopped attacking President Trump and Republicans after the election.

And Biden continues to tell Americans that their “life” literally “depends” on their vote. He did so just this week while campaigning in Georgia for the two Democrats still running for Senate there. That makes for a nice line, but Biden is basically telling Americans they’ll die and destroy democracy if they vote for Republicans. That’s hardly a message of unity.

What about Biden’s team? Well, consider his deputy chief of staff, Jen O’Malley Dillon. In an interview with Glamour magazine published Tuesday, she praised Biden for seeking national unity and promoting bipartisanship — before rejecting the spirit of compromise.

In other words, wishing for unity is fine, but in reality, Republicans are horrible, despicable creatures. So, don’t expect much bipartisanship from us.

The media has been echoing this message. By publishing op-eds explaining how to “stamp out Trumpism” following the election, many journalists don’t seem too interested in what the other side has to say.

Especially the Washington Post’s Jennifer Rubin, who wants to “burn down the Republican Party” until there are no “survivors.” Ditto the New York Times’ Wajahat Ali: “They have to be broken, burned down, and rebuilt. When Biden is in power treat them like the active threats to democracy they are.”

After four years of people calling Trump the new Hitler and his supporters a bunch of white supremacists, we shouldn’t be surprised by such rhetoric. Even two weeks after the election, Democratic Rep. Ilhan Omar was still describing Trump’s campaign events as “[Ku Klux] Klan rallies.”

And then there are those advocating Soviet-style methods to destroy those who supported Trump.

Rubin and Rep. Alexandria Ocasio-Cortez are among those who have called for making lists of such people for political retribution. Others pushing for the establishment of such an “enemies list” include someone who worked for Barack Obama, former staffers on Pete Buttigieg’s failed Democratic presidential campaign, and the former press secretary of the Democratic National Committee. They’re not alone. Some even included dozens of judges on their lists to be targeted.

None of the above exactly inspires confidence that a Biden administration will foster unity. The effort to eliminate Trumpism and demonize the political right is dangerous, arrogant, and ensures further division.

Plus, those deriding Trump and his backers as the ones responsible for dividing us and “breaking the country,” as New York Times columnist Michelle Goldberg argues this week, are being willfully blind to their own responsibility.

Remember, the anti-Trump resistance delegitimized the results of the 2016 election, in many cases outright rejecting the results. This group also did plenty to cause Americans to lose faith in our most prominent institutions.

Indeed, the mainstream media became an organ of the Democratic Party, reporting disinformation and even outright falsehoods to hurt President Trump. The so-called political establishment advocated policies that became unpopular and, in many cases, were proven not to work. And perhaps worst of all, Democrats weaponized identity politics, a favorite tactic of Obama, to divide Americans in pursuit of political power.

There is a direct connection between losing faith in American institutions and an American people divided.

This isn’t to absolve Trump and the GOP of all sins that led to such damaging polarization. The point is simply this: The notion that, after Jan. 20, a Biden administration and its backers will suddenly unite us — and that our problems began with Trump — is absurd. But even worse, it sets us up for further polarization over the next four years.

Until the left and anti-Trump right can acknowledge that Trumpism has appealing parts and work to understand it, this trend will only worsen.