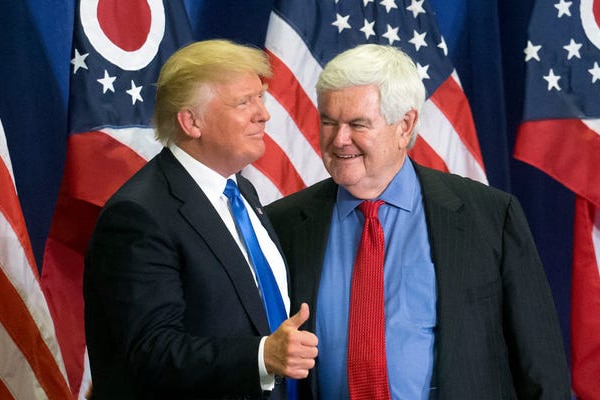 A smart friend of mine who is a moderate liberal asked why I was not recognizing Joe Biden’s victory.

Having spent more than four years watching the left #Resist President Donald Trump and focus entirely on undoing and undermining the 2016 election, it took me several days to understand the depth of my own feelings.

As I thought about it, I realized my anger and fear were not narrowly focused on votes. My unwillingness to relax and accept that the election was over grew out of a level of outrage and alienation unlike anything I had experienced in more than 60 years involvement in public affairs.

The challenge is that I – and other conservatives – are not disagreeing with the left within a commonly understood world. We live in alternative worlds.

The left’s world is mostly the established world of the forces who have been dominant for most of my life.

My world is the populist rebellion which believes we are being destroyed, our liberties are being cancelled, and our religions are under assault. (Note the new Human Rights Campaign to decertify any religious school which does not accept secular sexual values – and that many Democrat governors have kept casinos open while closing churches though the COVID-19 pandemic.) We also believe other Democrat-led COVID-19 policies have enriched the wealthy while crushing middle class small business owners (some 160,000 restaurants may close).

In this context, let’s talk first about the recent past and the presidency.

In 2016, I supported an outsider candidate, who was rough around the edges and in the Andrew Jackson school of controversial assaults on the old order. When my candidate won, it was blamed on the Russians. We now know (four years later) Hillary Clinton’s own team financed the total lie that fueled this attack. Members of the FBI twice engaged in criminal acts to help it along – once in avoiding prosecution of someone who had deleted 33,000 emails and had a subordinate use a hammer to physically destroy hard drives, and a second time by lying to FISA judges to destroy Gen. Michael Flynn and spy on then-candidate Donald Trump and his team. The national liberal media aided and abetted every step of the way. All this was purely an attempt to cripple the new president and lead to the appointment of a special counsel – who ultimately produced nothing.

Now, people in my world are told it is time to stop resisting and cooperate with the new president. But we remember that the Democrats wanted to cooperate with Trump so much that they began talking about his impeachment before he even took office. The Washington Post ran a story on Democrat impeachment plots the day of the Inauguration. In fact, nearly 70 Democratic lawmakers boycotted his inauguration. A massive leftwing demonstration was staged in Washington the day after, where Madonna announced she dreamed of blowing up the White House to widespread applause. These same forces want me to cooperate with their new president. I find myself adopting the Nancy Pelosi model of constant resistance. Nothing I have seen from Biden since the election offers me any hope that he will reach out to the more than 74 million Americans who voted for President Trump.

So, I am not reacting to the votes so much as to the whole election environment.

When Twitter and Facebook censored the oldest and fourth largest newspaper (founded by Alexander Hamilton) because it accurately reported news that could hurt Biden’s chances – where were The New York Times and The Washington Post?

The truth of the Hunter Biden story is now becoming impossible to avoid or conceal. The family of the Democrat nominee for president received at least $5 million from an entity controlled by our greatest adversary. It was a blatant payoff, and most Americans who voted for Biden never heard of it – or were told before the election it was Russian disinformation. Once they did hear of it, 17 percent said they would have switched their votes, according to a poll by the Media Research Center. That’s the entire election. The censorship worked exactly as intended.

Typically, newspapers and media outlets band together when press freedom is threatened by censorship. Where was the sanctimonious “democracy dies in darkness?” Tragically, The Washington Post is now part of the darkness.

But this is just a start. When Twitter censors four of five Rush Limbaugh tweets in one day, I fear for the country.

When these monolithic internet giants censor the President of the United States, I fear for the country.

When I see elite billionaires like Mark Zuckerburg are able to spend $400 million to hire city governments to maximize turnout in specifically Democratic districts – without any regard to election spending laws or good governance standards – I fear for the country.

When I read that Apple has a firm rule of never irritating China – and I watch the NBA kowtow to Beijing, I fear for our country.

When I watch story after story about election fraud being spiked – without even the appearance of journalistic due diligence or curiosity – I know something is sick.

The election process itself was the final straw in creating the crisis of confidence which is accelerating and deepening for many millions of Americans.

Aside from a constant stream of allegations of outright fraud, there are some specific outrages – any one of which was likely enough to swing the entire election.

Officials in virtually every swing state broke their states’ own laws to send out millions of ballots or ballot applications to every registered voter. It was all clearly documented in the Texas lawsuit, which was declined by the US Supreme Court based on Texas’ procedural standing – not the merits of the case. That’s the election.

In addition, it’s clear that virtually every swing state essentially suspended normal requirements for verifying absentee ballots. Rejection rates were an order of magnitude lower than in a normal year. In Georgia, rejection rates dropped from 6.5 percent in 2016 to 0.2 percent in 2020. In Pennsylvania, it went from 1 percent in 2016 to .003 percent in 2020. Nevada fell from 1.6 percent to .75 percent. There is no plausible explanation other than that they were counting a huge number of ballots – disproportionately for Biden – that normally would not have passed muster. That’s the election.

The entire elite liberal media lied about the timeline of the COVID-19 vaccine. They blamed President Trump for the global pandemic even as he did literally everything top scientists instructed. In multiple debates, the moderators outright stated that he was lying about the US having a vaccine before the end of the year (note Vice President Mike Pence received it this week). If Americans had known the pandemic was almost over, that too was likely the difference in the election.

The unanimously never-Trump debate commission spiked the second debate at a critical time in order to hurt President Trump. If there had been one more debate like the final one, it likely would have been pivotal.

This is just the beginning. But any one of those things alone is enough for Trump supporters to think we have been robbed by a ruthless establishment – which is likely to only get more corrupt and aggressive if it gets away with these blatant acts.

For more than four years, the entire establishment mobilized against the elected President of the United States as though they were an immune system trying to kill a virus. Now, they are telling us we are undermining democracy.

You have more than 74 million voters who supported President Trump despite everything – and given the election mess, the number could easily be significantly higher. The truth is tens of millions of Americans are deeply alienated and angry.

If Biden governs from the left – and he will almost certainly be forced to – that number will grow rapidly, and we will win a massive election in 2022.

Given this environment, I have no interest in legitimizing the father of a son who Chinese Communist Party members boast about buying. Nor do I have any interest in pretending that the current result is legitimate or honorable. It is simply the final stroke of a four-year establishment-media power grab. It has been perpetrated by people who have broken the law, cheated the country of information, and smeared those of us who believe in America over China, history over revisionism, and the liberal ideal of free expression over cancel culture.

I write this in genuine sorrow, because I think we are headed toward a serious, bitter struggle in America. This extraordinary, coordinated four-year power grab threatens the fabric of our country and the freedom of every American.

On Jan. 12, Newt will host his next Live Event, click here to join Newt’s Inner Circle.