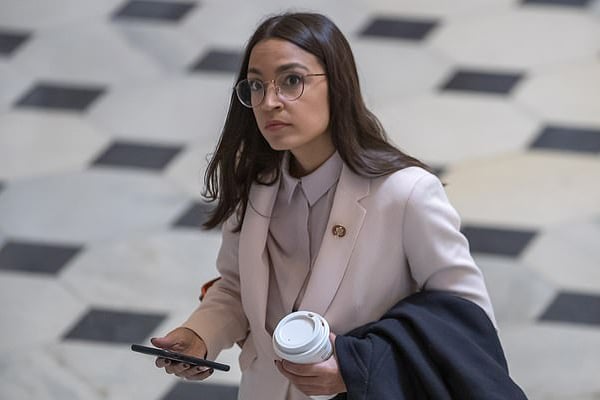 Is Alexandria Ocasio-Cortez not having a seat on the Energy and Commerce Committee a sign of retribution from her party? Listen to my latest audio update.

I thought it was very interesting that AOC lost by 46 to 13 and the vote by secret ballot to become a member of the energy and commerce committee, which of course is the committee that does everything she cares most about. If you’re going to deal with climate, you’re going to be an energy and commerce and she ain’t going to be there. And the reason is her party rebelled against her and basically said they didn’t like the fact that she got involved in primaries against incumbents. They didn’t like the fact that she failed to pay her party dues. And that I think actually they don’t like her so well, the press loves her and she’s great copy, and they can talk about her and they can put her on TV or whatever. The fact is that inside the house, she has very limited and I think rapidly declining prestige.

It’s a very tricky business in a legislative body to be both noisy, outside and effective inside. Jack Kemp was able to do it, but not many people can do it very often. If you’re too noisy outside your colleagues inside are jealous and dislike you and will do what they can be cut you down to size. And in fact, Kemp who had been the leading advocate for tax cuts was never on the committee that cut taxes and the head of that committee was his next door neighbor, Barber Conable from upstate New York who just despised Kemp because Kemp kept running around and talking about taxes. When he Conable actually understood the tax code and actually was the ranking member of the committee that cut taxes and Conable ended up having to carry the Kemp Roth tax cut for Reagan. And it was just a wonderful moment historically, but I don’t think that AOC has the staying power.

I think you will see her age and shrink rapidly and you will see that she just becomes one more backbench member. Who’s noisy, but her, her real influence Pete probably six months ago. And I think that this was a hugely important vote in the democratic party and suddenly a real signal that, you know, like that core group of left-wingers may in fact have a lot less power than they think, and a lot less power than CNN things anyway, worth bringing it to your attention. And as always, if you find this useful, feel free to share it with your friends and urge them to become part of the inner circle.