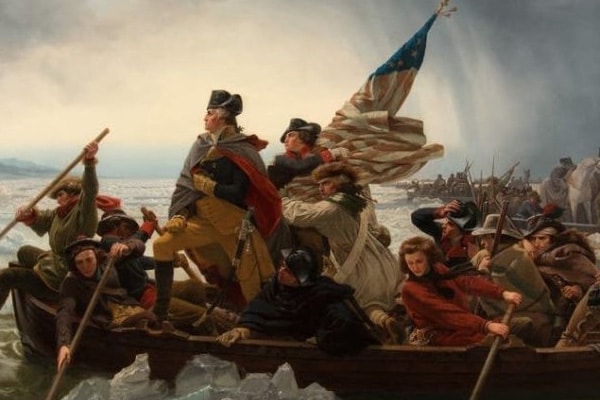 Christmas in Italy is going to be completely defined by COVID-19.

When we look back years from now, we will all realize how much our lives have been defined in 2020, and probably the first half of 2021, by the pandemic. The process of recovery will take years – and in some ways, we may never be recovered. Businesses will have failed, loved ones will have been lost, and psychological damage (especially for the young) may take years to heal. Some may never get beyond this year’s isolation, fear, and deprivation.

The Italian government has announced strict rules from Dec. 24 through Jan. 6. Everything will be closed except pharmacies, grocery stores, and gas stations. In recognition of the religious culture which pervades Italy (some 900 churches in Rome for example) people will be able to go to church but are encouraged to go to the church nearest them. Churches will follow restrictions on social spacing and capacity per service.

For all practical purposes, everyone in Italy is locked down for almost two weeks. Restaurants and bars are closed. People are discouraged from being out of their homes unless they have a written medical or work excuse. Hotels will only allow people renting rooms to come in and will only serve food through room service. For the key days, once you check in, you will not be allowed to leave the hotel.

The Italian lockdown is paralleled in virtually every Western country as government officials desperately try to cope with a new version of the virus which showed up in Britain and apparently spreads much faster (but is not more deadly) than the first strain of COVID-19.

As I was trying to understand what is happening in Italy, throughout Europe, and the United States in this season of joy and celebration, it hit me that the closest analogy is Christmas in wartime.

If you accept that COVID-19 is a mortal enemy – and our entire society is being mobilized to fight it and minimize the number of deaths – then the current mess begins to make some sense. This led me to think about various challenging Christmas holidays in American history.

The most challenging and decisive Christmas in American history was at our beginning. In 1776, Gen. George Washington’s tiny army was on the edge of collapse. It had shrunk from 9,000 men in the Battle of Harlem Heights in September to less than 2,500 by Christmas. One third of the soldiers did not have boots and were marching with their feet wrapped in burlap bags. The independence declared just five months earlier, on July 4, 1776, looked like it might fail.

To save the Revolution, Washington and his troops spent Christmas Day boarding boats to cross an ice-filled Delaware River and then march through a snowstorm. The next morning, they would surprise roughly 800 professional German mercenary soldiers (called Hessians for the state of Hesse-Cassel from which they came) and bring them back to the Pennsylvania side as prisoners.

Ironically, the Hessians spent Christmas Day with good food and drink in warm buildings enjoying the holiday. Little did they realize that 12 hours later they would help save the American Revolution by surrendering and becoming prisoners (recruitment for the Continental Army greatly increased after Washington was victorious over the well-trained force).

Now, imagine the challenge of Christmas, 1865. The Civil War was over, but there were more empty chairs around the family Christmas table than at any other time. The Civil War killed more Americans than all our wars combined up to Vietnam. So, there was joy for those who had survived – but also deep sadness and grief for those who had given the last full measure preserving freedom.

Maybe the Christmas most like 2020 is the 1918 celebration during the Spanish Flu. Americans were thrilled that World War I had ended in November – and that America had been on the winning side. Furthermore, there was a good bit of spending money around because of the surge of war time production. However, the Spanish Flu was much deadlier than COVID-19, and the science of that era simply did not have the knowledge or tools to develop an effective response (this is brilliantly described in John Barry’s book The Great Influenza).

The difference between the speed of developing new therapies and new vaccines in 2020 and the haunting lack of tools and knowledge in 1918 justifies every penny we have spent on the National Institutes of Health – and serves as a testament to the amazing entrepreneurial drive, energy, and speed of our pharmaceutical industry. Christmas 1918 was a deadlier time than today, but people were determined to celebrate – even in isolation.

Another classic war-time moment came during World War II. The Germans had been on offense under cloud cover, which had blocked American and British aircraft from stopping them. Since the Allied forces relied heavily on airpower, the bad weather made the German Army much more formidable, and it had driven a bulge into the Allied lines. Then, on Christmas Day 1944, the clouds disappeared. The winter sun came out, and allied aircraft dominated the battlefield in massive numbers. This began driving the German Army back from its last great effort to win in the West. The day after Christmas, Gen. George Patton’s Third Army broke the siege of Bastogne and saved the American forces who had been surrounded by the German Army.

I simply wanted to share with you that we have had challenging Christmases before, and we came back better than ever. Someday, we will look back on Christmas 2020 and realize that life got better, and our dreams got bigger as the virus was gradually defeated.

On Jan. 12, Newt will host his next Live Event, click here to join Newt’s Inner Circle.